Wondering what are the fastest ways of earning VC in WWE 2K20? Don’t worry we got you. 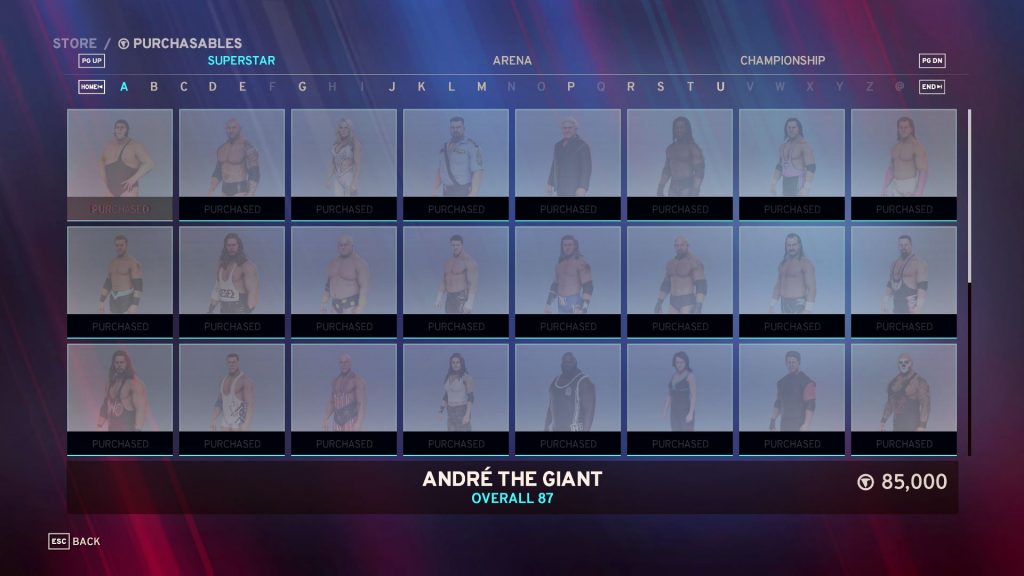 VC is the short form of Virtual Currency in WWE 2K20. It is the in-game currency of WWE 2K20 that you use to purchase or unlock various Superstars, Arenas, Championship, etc.

To get the most out of this game you have to make sure that you have enough VC with you. This will allow you to purchase whatever you want in the game. So as long you can go on unlocking new stuff the game will stay fresh for you.

What is the best way to farm VC quickly

There are plenty of stuff you can do that grants you VC and the most obvious thing would be match wins. The more fights you win the more VC you will get. But if you want to go out of the way to earn some extra VC out of your matches then I would suggest that you pick the strongest wrestlers in the game and pick fights with the ones who are low-rated. By doing this you will not only win all your fights but also showcase some entertaining matches for the fans.

Pay attention to the reaction of the crowd surrounding you. Try to bring some diversity to your moves. You don’t want to bore the audience by performing the save moves again and again.

Try to mix things between your normal moves, your Signature moves and your Finishers if you want to get some good reaction out of the crowd. Try to avoid rushing your wins. The main goal should be maximizing your star rating which will allow you to get loads of VC from your fights in WWE 2K20.

You can always take your fights outside the ring. This will also contribute towards you star rating and as a result you will get extra VC from the matches.

Can we farm VC in MyCareer Mode

The straightforward answer to this would be, yes, you can. You won’t earn a lot but VC farming in MyCareer Mode is definitely an option. The steps that you can follow in order to earn increased amount of VC from MyCareer Mode are:

These are best ways of getting VC fast and quick in WWE 2K20.

Check out some other WWE 2K20 guides: