I am not sure if I can tag Marvel’s Guardians of the Galaxy as one of the most anticipated game of 2021 or not. But the game sure has its fans. I played the game for like an hour or so, and I am loving it so far. Not really a fan of Square Enix, though. They have the habit of stopping development of their games midway.

Guardians of the Galaxy has been developed by Eidos-Montréal, which makes it quite obvious that it is an AAA title. Now, 2021 has almost reached its end, and so far, not a single AAA launch has gone smoothly this year. The good thing is, Guardians of the Galaxy does not have that many issues. But, it definitely has plenty, and a patch is needed urgently. Plenty of errors need to be fixed.

After reading some posts from the official Steam discussions page of the Guardians of the Galaxy, I came to the conclusion that the PC version of the game is not treating every user equally. It looks like, a lot of people who bought Marvel’s Guardians of the Galaxy on Steam are facing downloading issues with the download. Their download is either getting stuck, or the download speed they are getting, is quite low.

Now, this is understandable for users who have comparatively slower connections. But surprisingly, users with fiber connections and high download speeds, are also complaining about this. According to them, the installation bar is reluctant to move or make any sort of progress, no matter what they do. It seems, for now, this issue is exclusive to Steam users as people who have bought the game on PS5, or consoles, haven’t reported anything of this sort. So, is it a bug that is causing all these? 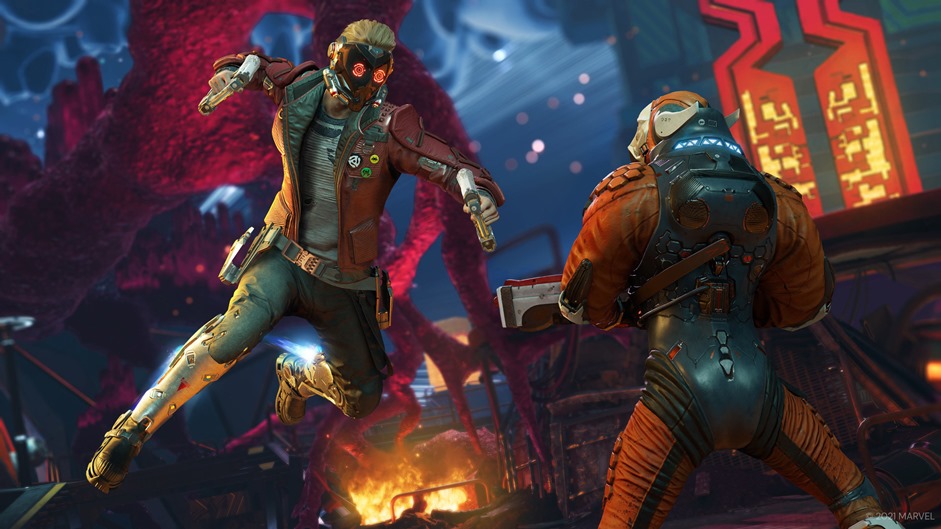 Now, there are some basic stuff that I would like you to try, before you move any further in this article. These fixes might be simple, but they work most of the time:

Of course, these steps are for those users who are legit having trouble in downloading the game. More explanation regarding this below. Before that, you have to make sure that the issue is not from your end. Check your Internet connection, and make sure that it is working properly. Download another game from your library to check whether you are getting the download speed you are supposed to get. You can also try changing the Download region in Steam.

The actual reason behind this issue

You see, there is a huge chance that your download is neither bugged, not glitched. If you quickly head over to the download folder of Steam[It is where you install your games], you will notice that there is nothing over there. Steam will actually download the installer file of Guardians of the Galaxy first. And once the downloading is completed, the unpacking will take place. 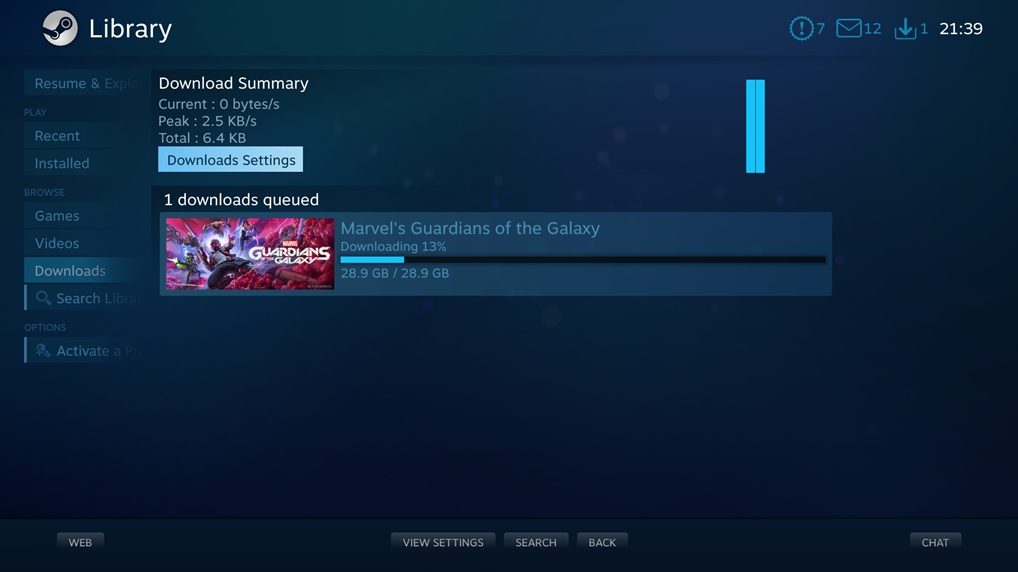 When Steam is showing that your download speed is 0 bytes/s, but Guardians of the Galaxy is still being downloaded, that is not what actually is happening. It is unpacking the game instead to get it ready for installation. And then there are other much needed installations, like .net framework, Microsoft Visual Studio, and the latest DirectX. All of these will get installed, and then the ‘Play’ button will become available

We also cannot forget that the file size of the PC version of Guardians of the Galaxy is a whopping 80 GB. Even the preload of the game was like, 78 GB. 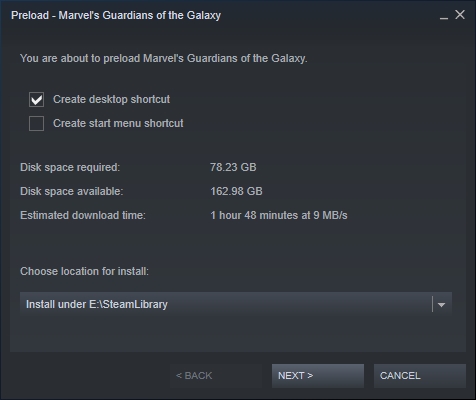 What I am trying to say is, you would have to wait for a while. The complete download and installation process didn’t take long for me personally because, I am using a Samsung 970 EVO Plus NVMe SSD that has Read and Write speeds up to 3500 MB/s and 3300 MB/s respectively. But for normal HDD users, even if they have a 7200 RPM one, the entire installation process is going to take some time. And there is no way to speed the procedure. Also, this game has Denuvo. Which complicates things even further.

I would suggest that you take a look at the official Steam Discussions page of Marvel’s Guardians of the Galaxy. You will find a lot of players discussing these exact same issues.

If you think this guide has helped you, then let us know in the comment section below. And for more Marvel’s Guardians of the Galaxy guides, keep an eye on Frondtech. We will be covering every single technical issue of the game on the launch day. Good luck!