Marvel’s Avengers crashing fix – It looks like a lot of players are facing constant crashes while playing Avengers on their PCs. Here are some fixes:

Marvel’s Avengers – Game is Crashing – How to fix

Make sure your Graphics Card drivers are updated (Fix for crashes)

If you are facing crashes then that might be because of your outdated graphics drivers. Though Nvidia and AMD have not released drivers specifically for Marvel’s Avengers yet, it is wise to use the latest ones. Here are the links:

Though the Steam page of Marvel’s Avengers doesn’t have it mentioned, you need to have your Windows 10 updated to version 18362.0 or higher.

If you don’t know how to check your Windows build then all you have to do is: 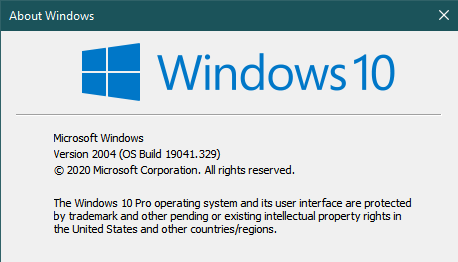 Check Anti-Virus Software on your System

Anti-Virus software hooks very deep into user systems and can affect disk and network operations which can cause crashes in games. Some games also use copy protection technology that can appear as malicious software to an AV scanner, resulting in potential false-positive alerts.

Try disabling your Anti-Virus software temporarily and then run Avengers. It may also be necessary to add exceptions for Avengers in your AV configuration.

Update your OS if you are using Windows 10

If by any chance you are witnessing random crashes and freezes in Marvel’s Avengers then chances are it is being caused by an overclocking application or utility running in the background. A lot of games have been suffering from crashes lately due to applications like MSI Afterburner or Zotac firestorm. So it is best to stay on the safe side and run your graphics card on default speeds.

Clear the temporary junk files on your PC

Verify in the files Marvel’s Avengers on Steam

You can actually verify the in-game files of Avengers to check whether your system is missing any files that might be causing the game to crash or freeze:

Try clearing your Steam download cache. Here is how to do it:

Considering how big the launch of Marvel’s Avengers on PC is, the developers are constantly on their toes, addressing the issues coming their way immediately. We have to keep this mind that the game is completely online. Which makes it harder to manage than offline titles. So be patient and wait for a word from the developers. We are pretty sure that they will be releasing a patch to fix the crashing issues pretty soon.

These are all the fixes we have for people who are experiencing crashes in Marvel’s Avengers.

Click here to check out some more fixes in our stuttering and freezing fix guide for Marvel’s Avengers.

Click here to check out the Official Steam Discussions page of Marvel’s Avengers.