Skwovet location scarlet violet – Skwovet in Scarlet and Violet is one of the Cutest and most common Pokemon you will find. Catch one of them to fill up your Pokemon collection.

Pokemon Scarlet and Violet is a game Published by Nintendo for the Nintendo Switch. Gamefreak develops it as the ninth generation of Pokemon games featuring new storylines, Pokemon, and new regions for you to travel, explore, fight and catch and train Pokemon to be the ultimate Pokemon Trainer.

Skwovet is a normal type of Pokemon that you will find in Scarlet and Violet. Skwovet is a Cheeky Pokemon, and a Shiny version of this Pokemon is available in the game. It will evolve into a Greedent at Level 24 and belongs to the field egg group. It also has a Medium Fast EXP rate Growth with a catch rate of 255 and a base friendship of 50.

So if you wish to catch this Pokemon to fill up your Pokedex, this article will guide you on how to get the Skwovet Pokemon in Scarlet and Violet. 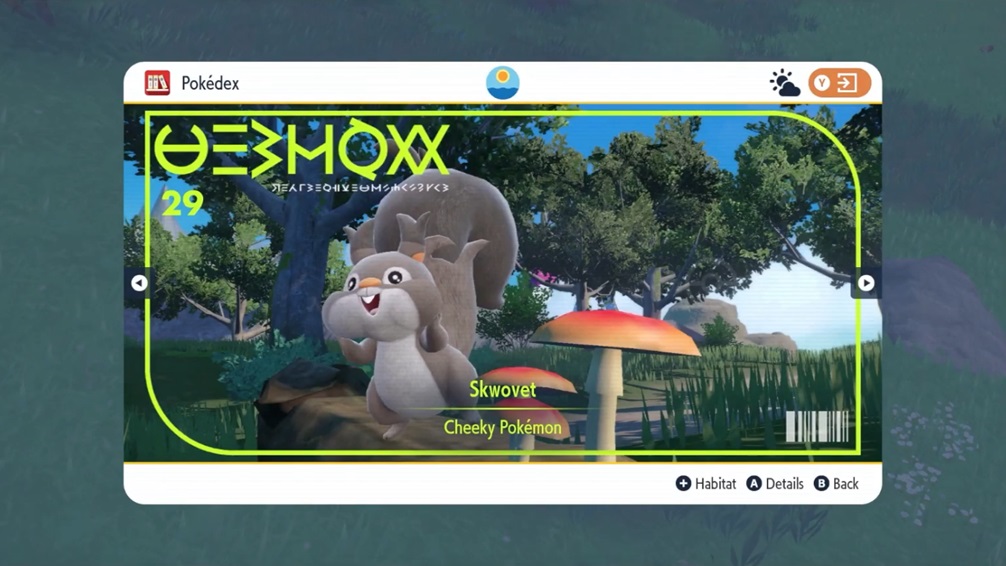 How to get Skwovet in Pokemon Scarlet and Violet

You can get Skwovet at any time of the day inside biomes like the Forest and olive fields. You can track these Skwovet Pokemons more inside the Forest than in the Olive fields.

The exact location of Skwovet is marked in yellow. Always keep patience when hunting for these Skwovet Pokemon or any Pokemon in general. 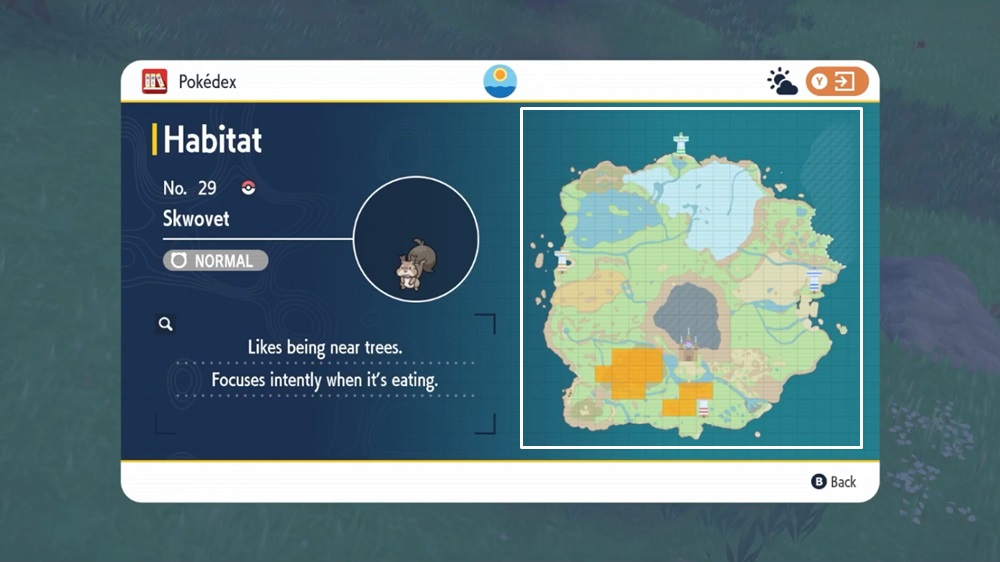 How to defeat Skwovet in Pokemon Scarlet and Violet

Skwovet is a Normal Type Pokemon and, in our eyes, one of the cutest looking Pokemons you can have. But if you wish to take your Skwovet for a fight against the other Pokemons or if you are fighting against one as an opponent, it is necessary to understand its weaknesses, abilities and immunities.

These are the abilities of Skwovet.

Skwovet is weak against the Fighting Type Pokemon, which can normally be damaged by using the following types of Pokemons or movesets.

And it is perfectly immune against the Ghost Pokemon.

This Pokemon has a 5% drop chance of a held item called the Oran Berry. It can also drop Skwovet Fur TM Material which can be used for Body Slam and Hyper Voice. Terastallizing the Skwovet will give a 1.5x damage bonus as well.