Automagic.exe – There is no doubt that Tiny Tina’s Wonderlands is actually a “Borderlands” game. And just like Borderlands games, Wonderlands also has Legendary Weapons, Gear and Spells. These Legendaries are, in no way, easy to find. And, if you do not have any idea about where to look for them, your mind end up wandering the huge open world of Wonderlands, aimlessly.

In this article, I am taking a look at the Automagic.exe in Tiny Tina’s Wonderlands. Let’s check out what it is, and where you can farm for it.

Automagic is a Pistol of the Legendary or Orange Rarity in Wonderlands. There are several variations of AUTOMAGIC.exe, and the prefix and suffix of this weapon will change, depending upon the drop that you get. It is a Stoker Pistol, and it comes with all the elements. And after the changes that Gearbox made with the latest April 14 Update, the Automagic.exe is officially one of the most powerful weapons in the game. You can call it the new Liquid Cooling, actually.

So what is so special about the AUTOMAGIC.EXE? Well, it is a Stoker pistol, which means it has great fire rate. On top of that, after the recent buff, the damage on this pistol is insane! This weapon comes with two firing modes. The first mode is obviously the normal shooting mode, and the second mode allows you to fire a tracker dart. So all you have to do is stick the tracker dart on your enemy, and shoot anywhere you want. The shots will home in towards that enemy only. Even if the enemy is behind cover, it won’t matter.

The only problem with this weapon is that its accuracy is awful. The pistol has a random spray pattern, so you will have to use this at close range only. Unless, you have used the tracker dart, obviously.

Let’s quickly take a look at the stats of a level 40 AUTOMAGIC.exe: 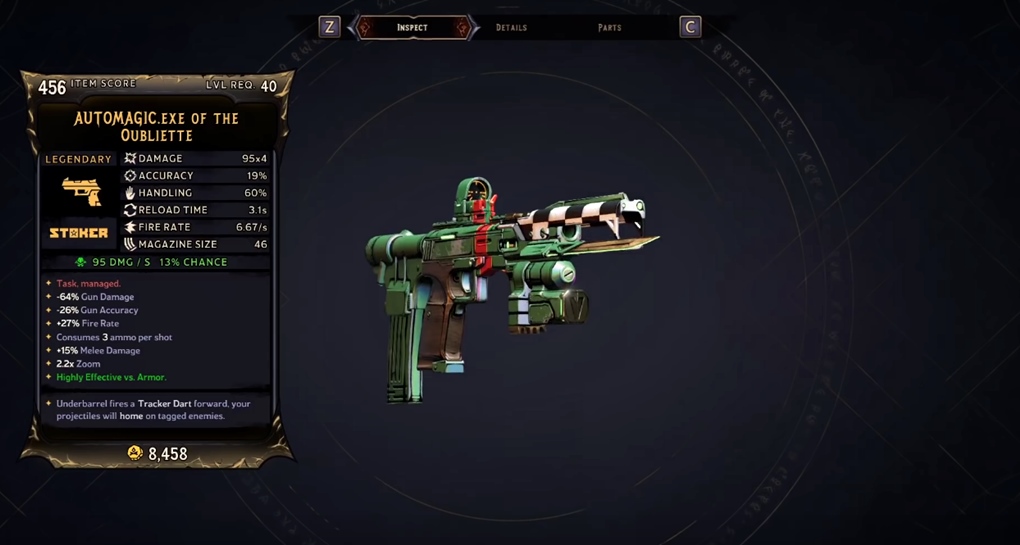 How to get AUTOMAGIC.exe in Tiny Tina’s Wonderlands

To get or farm the Automagic.exe, you will have to head over to Weepwild Dankness – The Corrupted Heard. The boss you will have to farm is Banshee. The fast travel station is just near the boss location. So the time required to get to the boss is really less. Although you might be needing a couple of rounds to get it.

Here is the exact location where you get the Automagic.exe: 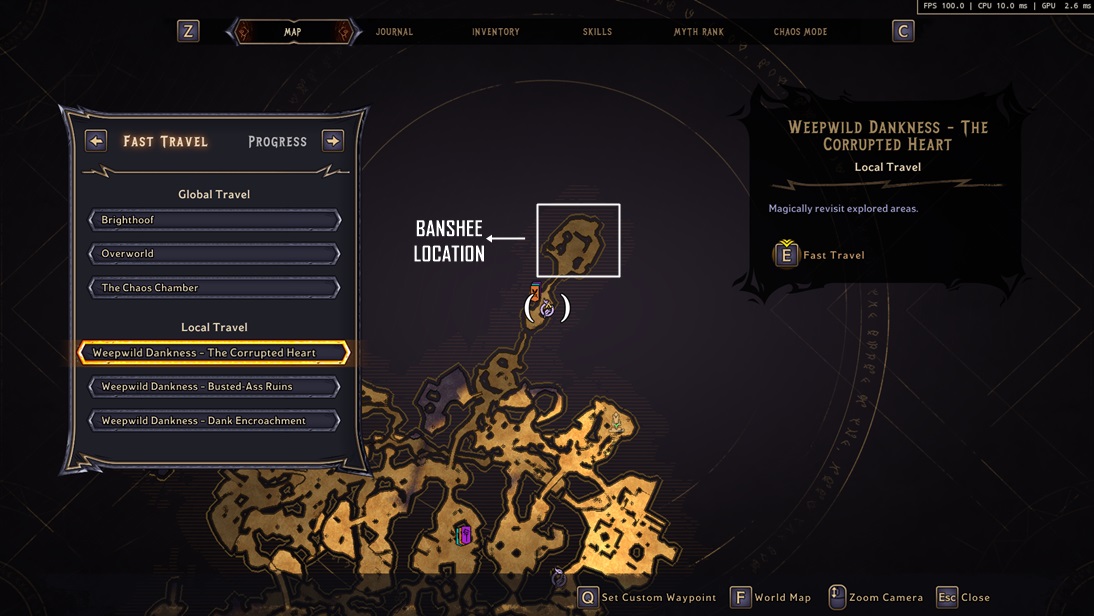 Speaking about Banshee, the boss is pretty is easy to take out. Unless you are playing at Chaos Level 10 or higher. The boss can summon large skulls into the battle, but these skulls don’t damage yours directly. They will just float around and will only cause damage to your hero if you bump your character into one of those skulls. Banshee will hurl energy waves toward you.

All of these attacks come at chest or leg level, so you need to dodge or crouch depending upon Banshee’s attacks. Also, remember that you need to avoid the purple fog as you will take damage if you touch it. The best bet is to keep shooting from outside and hide behind the trees to avoid Banshee’s attacks. This boss is typically not a very hard one to beat, but you should definitely stand and shoot and stay away from the purple fog and the blasts.