WWE 2K22 is finally out as the game took a big leap forward as compared to its prequel release, WWE 2K20. The title went on a one-year hiatus and is now back with a bang!

This year, with the new 2K22, it seems that the extra development for the game has been paid off. The game now has so much to offer rather than just a roster update that 2K used to do every year.  This year they bought in the new game modes, simpler control scheme and much better visuals as compared to any other WWE game released so far.

So apart from breaking the ring, you can also try using weapons in the match to gain an unlawful advantage. This WWE 2K22 much like its prequel features various items and weapons that you can use against your opponent to knock him out completely. Your opponent will take a significant amount of time to recover when hit by the retrieved weapons from beneath the ring.

So this article will guide you on how to find weapons quickly in WWE 2K22. 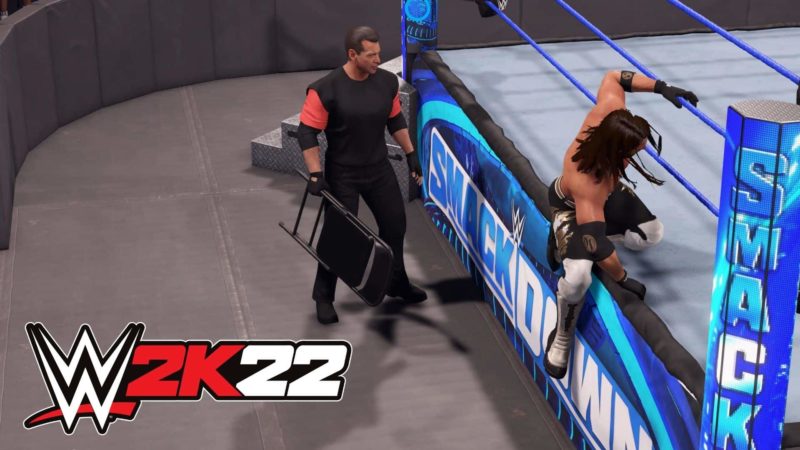 These steps will guide you on how to get weapons from under the ring in WWE 2K22.

Please do note that the type of weapons depends upon the match type and the scenario. So there will be different weapons for different types of matches for you to wield. But you can also customize the weapons list according to your play style in exhibition matches.

Here is a list of all the different weapons that you use in WWE 2K22.

So this was all about how to find weapons quickly in WWE 2K22.