WWE 2K22 is finally out as the game took a big leap forward as compared to its prequel release, WWE 2K20. The title went on a one-year hiatus and is now back with a bang!

This year, with the new 2K22, it seems that the extra development for the game has been paid off. The game now has so much to offer rather than just a roster update that 2K used to do every year.  This year they bought in the new game modes, simpler control scheme and much better visuals as compared to any other WWE game released so far.

Due to the PG Ratings, we haven’t seen any flaming tables on WWE televisions or PPV, but it was a thing of the past. And in this new WWE 2K22 game, you can relive the history by offering the WWE Superstars the ability to set the table on Fire.

The rival wrestling company goes by the name of AEW also performed this dangerous act live in real life, and now you can do it too in the game. This is a hidden feature but easily discoverable in the Table matches. Since there aren’t many guides in the game on how to do this, this article will help you on how to set fire on a table in WWE 2K22. 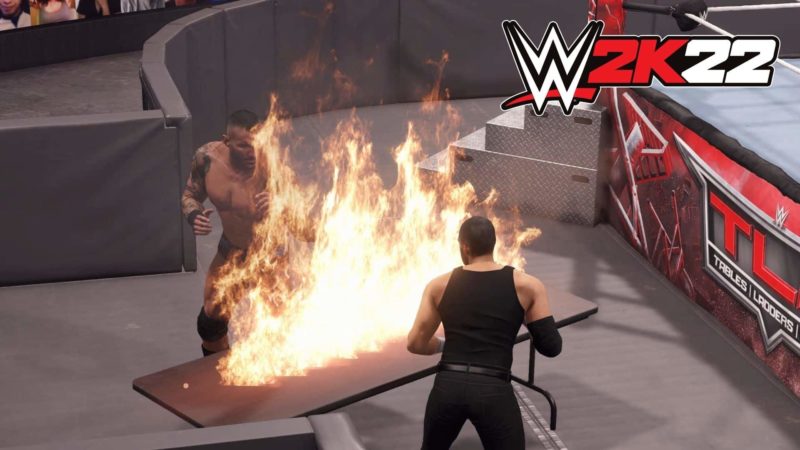 To start with, you need to have a fully stored finisher first. These are the steps that you need to follow exactly to start a fire on the table.

So this was all about how to set fire on a table in WWE 2K22.