WWE 2K22 is finally out, and we are having a great time playing with it. This year, with the new 2K22, it seems that the extra development time taken for the game has finally been paid off. Although we did face some screen tearing issues, and we fixed them here.

The game now has so much to offer rather than just a basic roster update that 2K used to do in their every installment. WWE 2K22 took a prime leap forward as compared to its prequel, the WWE 2K20.

This year they bought in newer game modes, a simpler control scheme and improved visuals as compared to any other WWE game released so far. WWE 2K20 failed to meet the expectations of the fans and received a lot of negative reviews, which resulted in the cancellation of the WWE 2K21 to further allow the team to focus more on the WWE 2K22 instead.

So this article will guide you on how to collapse or break the Ring in WWE 2K22. 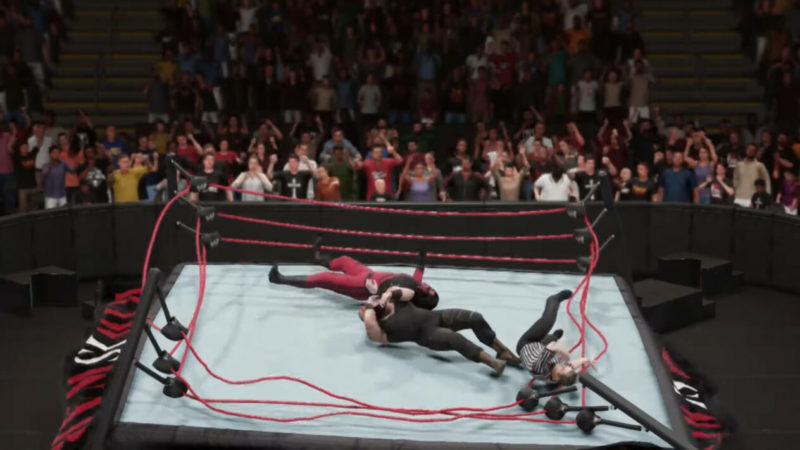 How to Collapse the Ring in WWE 2K22

Follow these steps to break the ring in WWE 2K22.