Major Kong BL3 – Wondering where to farm for the Major Kong in Borderlands 3? Don’t worry we got you.

Lets take a look at the weapon stats of Major Kong. The one shown here is the Moar Broosin Major Kong (Level 65): 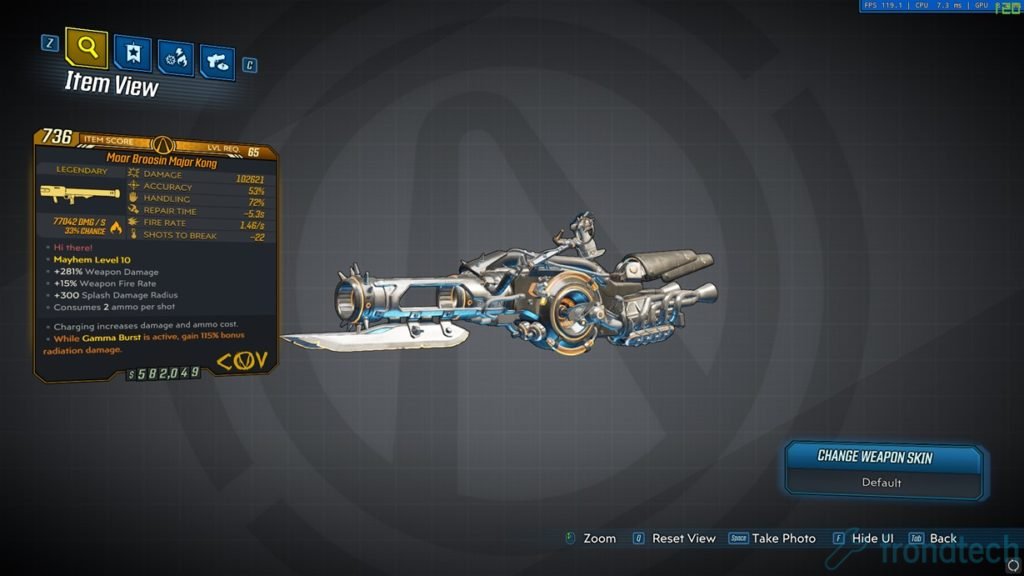 Major Kong is a Rocket Launcher of the Legendary or Orange rarity in Borderlands 3. The weapon is a part of the fourth DLC called Psycho Krieg and the Fantastic Fustercluck and is definitely one of the best launchers than you can get in the game. DLC 4 is proving to be really great so far, first the Convergence and now the Major Kong. A lot of awesome weapons to farm.

The special ability of Major Kong is that every shot from this weapon will spawn homing rockets once it hits an enemy or the ground. This weapon reminds me of the Yellowcake when it first came out. The base damage on the Major Kong is probably one of the highest in the game and you can pretty much one shot or two shot bosses with this, even at Mayhem 10 difficulty. It might not be the best DPS weapon in the game as this weapon has a charge time and it is very slow. But the damage per shot on this weapon is extremely high. The weapon works so well on heavy enemies, this launcher is going to be my primary “Second Wind” weapon for sure. A “Second Wind” weapon is a weapon that allows you to successfully get a Second Wind every time you go down. The only downside is that charging increases ammo cost.

How to get the Major Kong (Drop Location)

Major Kong drops from Psychoreaver on Vaulthalla in Krieg’s Mind. You obviously need to start the Psycho Krieg and the Fantastic Fustercluck DLC in order to get access to the mentioned locations. Here is the exact location of Psychoreaver: 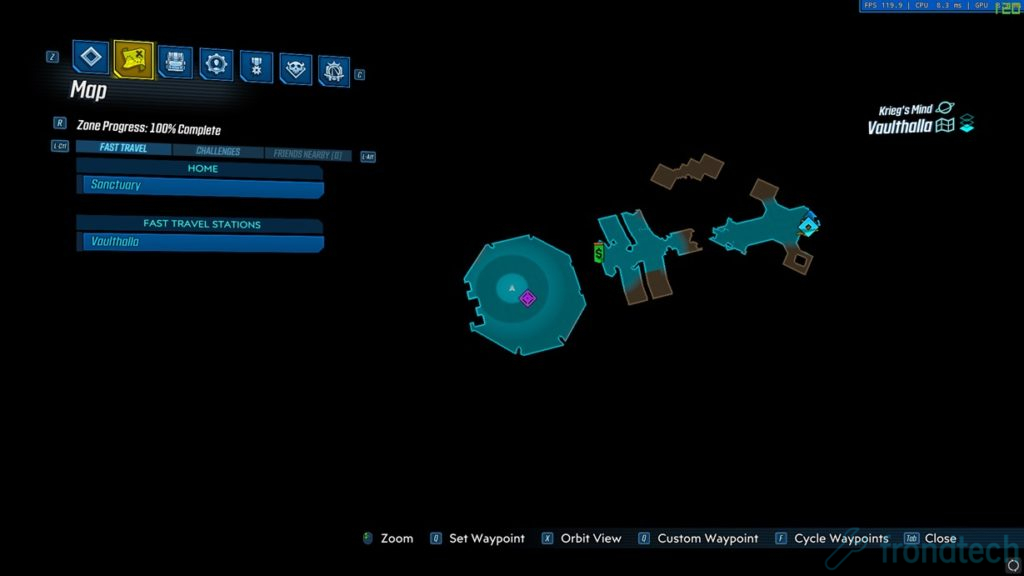 Just spawn at Vaulthalla and then it is a very short and straight walk from there. Psychoreaver is an extremely tanky boss, especially at Mayhem 10. You have to make sure that you are carrying a good build with some really high damage weapons. The good thing is the boss has really slow movement and you should get enough breathing time between the fights.

Regarding the drop rate of Major Kong, the gun is an extremely rare drop. After doing more than 25 runs I managed to get only one. I didn’t get another one after that. So you might have to farm the boss a couple of times.