Yellowcake BL3 – Wondering how can you get the Yellowcake in Borderlands 3? Don’t worry we got you.

Borderlands 3 – How to get Yellowcake

The Yellowcake is a Rocket Launcher of the Legendary or Orange rarity in Borderlands 3. The weapon arrived in Borderlands 3 with the new event called Revenge of the Cartels and it definitely one of the best launchers than you can get in the game. The new event is proving to be really great so far, first the O.P.Q. System and now the Yellowcake. A lot of awesome weapons to farm.

So what is so special about the Yellowcake? Well, the Yellowcake can used to do massive damage within a very short period of time. It might not be the best DPS weapon in the game but the damage per shot on this weapon is extremely high. The weapon works so well on heavy enemies, this launcher is going to be my primary “Second Wind” weapon for sure. A “Second Wind” weapon is a weapon that allows you to successfully get a Second Wind every time you go down.

The Yellowcake shoots two projectiles which then split into four total if the projectiles don’t hit an enemy or the ground. The best way to use this weapon is to fire it from a distance because projectiles will allow you to do more damage. Here is a video of me taking down Captain Traunt with the Yellowcake at Mayhem Level 6:

Lets take a look at the description of the Yellowcake. The one shown here is an Anointed version called the Moar Dayumned Yellowcake (Level 51): 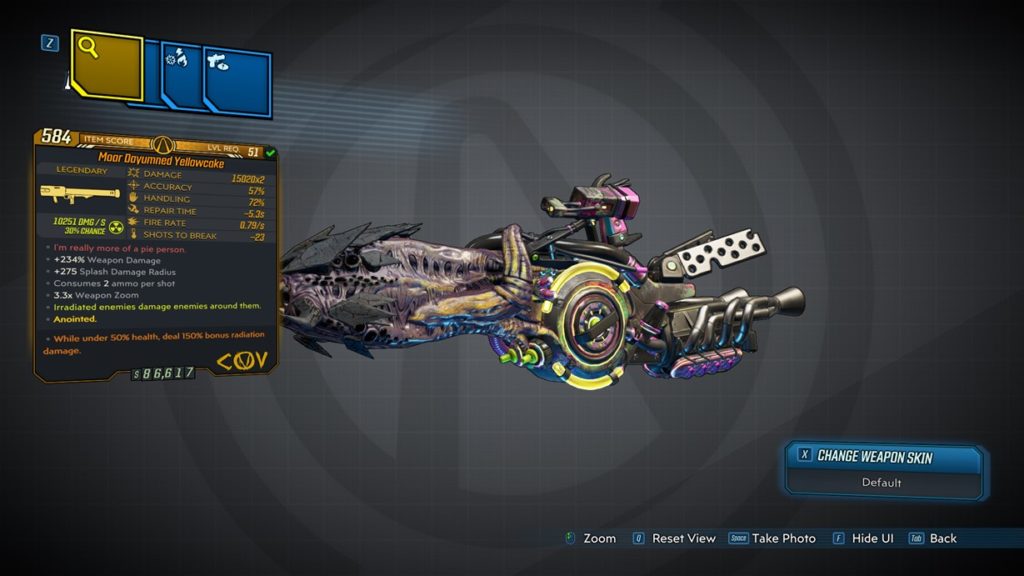 The good thing about the Yellowcake is that everyone who has the base Borderlands 3 game can farm for this. The Revenge of the Cartels is a free event and you do not need and DLC or Season Pass to play it. The Yellowcake can easily be farmed inside the Villa Ultraviolet. You will obviously have to unlock the Villa Ultraviolet by progressing in the Revenge of the Cartels event. 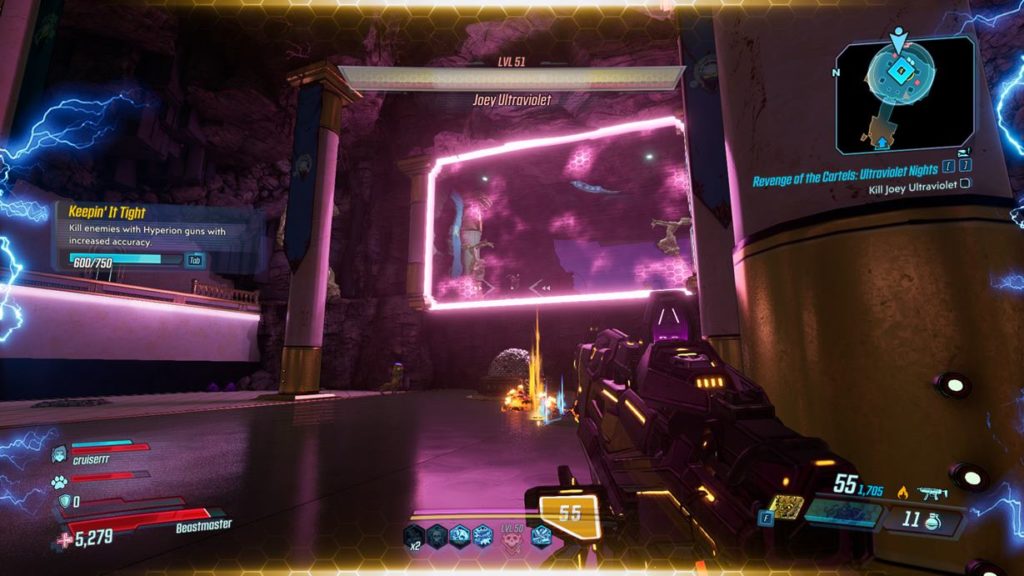 I am not sure whether this weapon is a World Drop or not. If you manage to get this weapon as a drop from normal enemies then do let everyone know in the comment section below.

2 thoughts on “Borderlands 3 – How to get Yellowcake”