SW3 Best Gore Weapons – One of the most awaited games, Shadow Warrior 3 has already been released, and we are having a lot of fun slaying down the monsters with the Katana sword. Although the game received some amount of negative criticism from the Game reviewers, we are still having a lot of fun as it introduces the Grappling hook, Wall Running and the executions, for the first time in the Shadow Warrior series. We didn’t find much of a problem running this game, and the game launched without any issues, for us. Also, there was no stuttering, fps drops, or crashing issues, to ruin the experience.

Shadow Warrior 3 has brought a new set of Gore weapons, which is a really fun and exciting way to take down enemies. With Gore weapons, you change the tide of any battle by tearing and ripping your way through the hordes of enemies. Not all Gore weapons are powerful and effective, some are less effective against the Yokai as well. So this article will guide you on the best Gore Weapons you should use in the Shadow Warrior 3.

These Gore weapons are one of the most effective weapons to survive the arenas in the game. Lo Wang uses weapons that you steal from the enemies that you come across by performing finishers. Performing these finishers successfully will grant you a Gore weapon. Although it can be used for a limited amount of time, it is still worth it as it can help clear large hordes of enemies instantly. But as we said before, not all enough gore weapons are good enough to take down these crazy enemies. 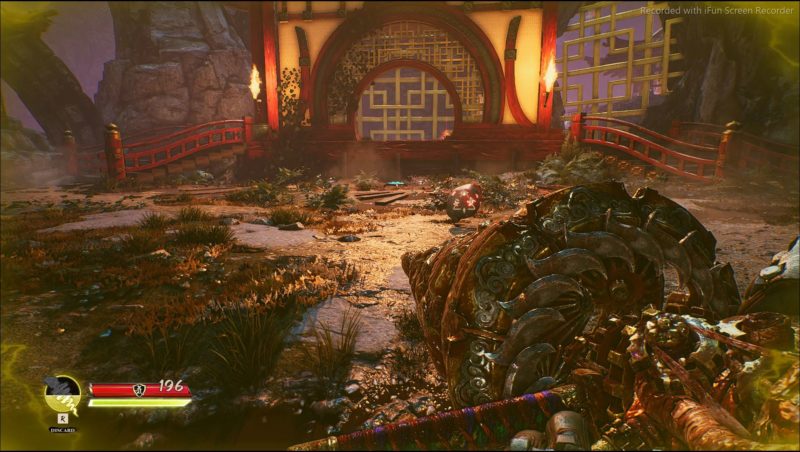 Best Gore Weapons to use in Shadow Warrior 3

There are a total of 10 Gore weapons and tools in Shadow Warrior 3 game and there are different ways of acquiring them. Gore weapons are time centric weapons, so make the best use of them when you need to clear crowds of enemies. Before you can perform an execution, you need to have enough Finisher points. As different Gore tools are found on different types of enemies, you will not get the same gore tool from two different enemies.

Here is a full list of Gore weapons and tools in Shadow Warrior 3.

So this was all about the best and which gore weapons you should use in Shadow Warrior 3.