Evil Dead is an asymmetrical multiplayer game featuring Coop and PVP modes. There is a wide range of maps in the game, and it also includes the famous Cabin in the Woods from the Evil Dead Movies. You will also be getting a wide variety of weapons, including Ash’s chainsaw and the broomstick.

Lord Arthur is a playable character in Evil Dead the Game. The character can be unlocked by completing the “Homecoming King” Mission, the fifth story in the primary campaign. This means that you will need to complete all the other story missions before starting with this one. The “Homecoming King” mission is considered one of the most demanding and challenging experiences you will face in the game.

So this article will guide you on how to unlock Lord Arthur in Evil Dead the Game.

How to unlock Lord Arthur in Evil Dead the Game 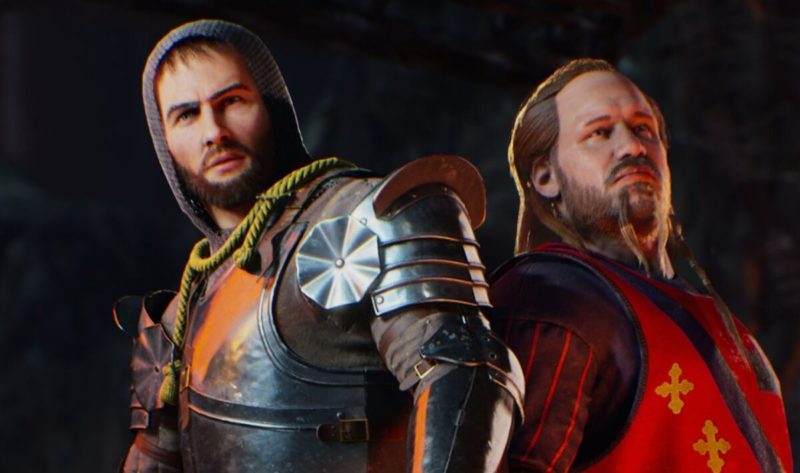 The mission “Homecoming king” starts with Lord Arthur being given the task of finding the Kandarian Dagger on Flight 666. You should loot the Lucky Village Lodge in and out for weapons, healing items, and most importantly, the Crossbow. Also, don’t forget to visit the northeast cabin of the Lucky lodge for more supplies; after looting the lodge thoroughly, head over to a nearby car and drive towards the North, and then take a left near the Bronson Cave.

After that, you will have to follow the dirt trail through the Cell Tower and The Green Witch Village, which would finally lead to the Flight 666 Crash Site. You can walk through the woods, but it is recommended to take a vehicle so that you can save the travel time.

Once you have picked up the Kandarian Dagger, you will have to search for the Necronomicon at the Knowby Cabin. Get back to the vehicle and head towards Miser Manor. Turn right to reach the cabin with the forbidden book. Once you come out of the cabin, you will be swarmed with enemies to prevent you from fleeing away. Defeat all the enemies to continue the mission further.

The final part of the mission has Lord Arthur trying to access a rift in time and space, but Evil Ash stops Arthur from using the portal, and the only way to take down the boss is with the Excalibur sword.

The Excalibur fabled sword is found inside the Payne Manor, located southeast of the Demonic Treehouse. But you would have to fight a couple of red glowing enemies before entering the manor. Try using ranged Crossbows to stay away from their attacks, and it will also save you a couple of minutes.

Once you have retrieved the Excalibur sword, get back to the rift located in Fryingpan Tunnel near the portal. The portal will transport Arthur to a fighting pit where you will face the Evil Ash and the Pit Deadite in the final two boss fights. Once you defeat the bosses, you will be able to unlock Lord Arthur in the Character Selection menu.

If you think this guide helped you, let us know in the comment section below. Also, you can check out the other Evil Dead the Game guides on Frondtech. Good luck!