Thunder Punch Scarlet Violet – Thunder Punch is an add-on to your Pokemon, it is a solid physical attack that goes with a bunch of different pokemon build types.

It’s an “essential” for Pokémon, which don’t have high Sp. Attack.

The majority of the pokemon, which are Electric or fighting type and use their fists, can use the Thunder punch to enhance the attack abilities they’ve got.

Here’s a bit about Thunder Punch and how you can get it:

How to get Thunder Punch TM in Pokemon Scarlet and Violet 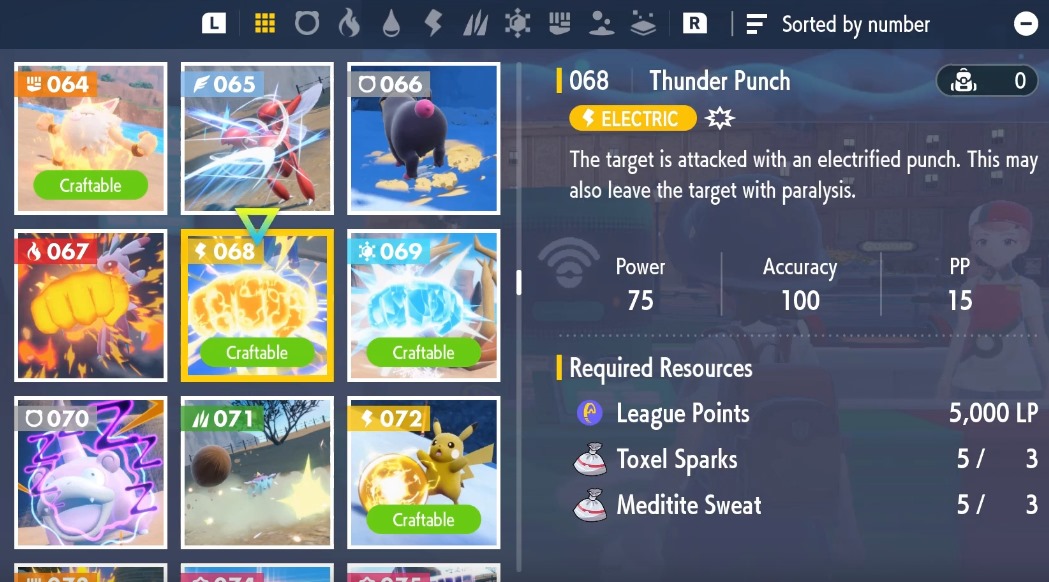 Once you defeat the Team Star Boss, Atticus, is when you’ll get access to Thunder Punch. You won’t be able to access it before you’ve done so, so come back at a later time if you haven’t done it yet.

Atticus is the third boss you’ll be facing on the Starfall street path. You’ll be needing some Ground-psychic pokemon to defeat him, as his team will be composed of different poison-type pokemon.

You’ll be receiving a bunch of various TMs along your journey at the Starfall Street Path. Make sure that you collect all of them along the path of legends and the victory roads storyline. This’ll make sure that your bag contains a decent bit of valuable TMs that you can later utilize to replicate them at a poke center.

Once you’ve received your first Thunder Punch TM from defeating the Boss Atticus, only then will you be able to make replicas of it. You’ll be required to craft them with the following Ingredients:

You’ll be able to earn a bunch of LP while waddling through the storyline, so by the time you require it, you’ll probably have a decent bit of it.

To find the Toxel Sparks, head around South Province Areas 4 and 6 and look for it there. Another way to find it is to defeat/capture Toxtricitys, which can be found in ample, in the Alfornada Cavern.

For the final ingredient, Meditite Sweat, You can find them as well as their evolutions in the same location. Stay at the place and keep farming for a bit if you can stock some of them, the point being, just make sure you’ve got some spare. It never hurts to have some of it as a spare because you can always trade it to get some LP at the TM machine.

That’s everything there is to know about Thunder Punch in Pokemon Scarlet and Violet.