Pikachu is one of the most popular, if not the most popular pokemon in Pokemon Scarlet and Violet. The games would’ve been incomplete if Pikachu wasn’t included in the latest sequel.

Following the same, Pikachu has returned in Pokemon Scarlet and Violet. A larger portion of the players prefer to keep Pikachu in its normal phase rather than Evolving it

But on the other hand, there are also players who would rather prefer Raichu with better stats.

So, in this article by Frondtech we’ll be guiding you on how to evolve your Pikachu into Raichu. Here’s how:

How to Evolve Pikachu into Raichu in Pokemon Scarlet Violet 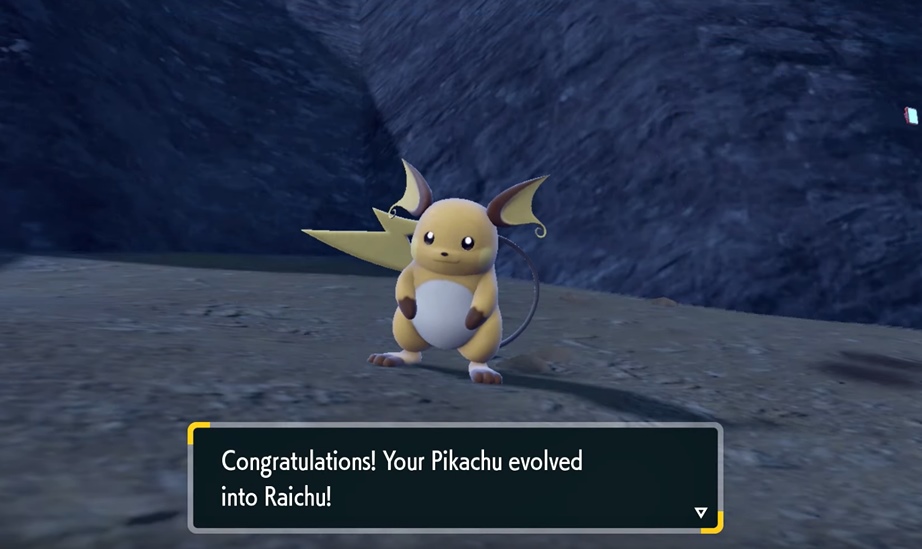 Unlike other pokemons, Pikachu won’t evolve after reaching a certain level, you’ll have to look for and find the correct stone which is, the thunder stone.

Something that players appreciate in Pokemon Scarlet and Violet is the loot-split or loot accessibility. You won’t have to spend much time looking for an item if it’s quite common. It’ll either spawn in specific places, or you’ll be able to purchase it from a vendor.

As we mentioned earlier, you’re looking for the Thunder Stone, which can be purchased at Delibird presents in Levincia.

Once you’ve reached the store, interact and open the buy menu and select the Thunder stone, which’ll be third from the top. It’ll set you back about 3000 Poke Dollars.

If you don’t have enough for the same, we’ve covered a guide earlier on how you could make some in-game cash, quickly. We highly suggest you check it out once before trying to make some money in Pokemon Scarlet and Violet.

Next, open up your bag and head to the other items tab. Have Pikachu in your party before doing the next step, which is to select the Thunder Stone. On the right side of your party, it’ll show that Pikachu can use the stone.

Just apply the stone to Pikachu, and once you’ve done so, a cutscene will take place which signify that Pikachu is now evolving into Raichu. Pikachu will turn into Raichu after the Cutscene. That’s how easy it is!

Another thing to note is that you won’t be able to devolve Raichu into Pikachu, so if you want to have the old version of Pikachu back, you’ll have to go out wild-hunting for another Pikachu.

That’s everything we had on how you can evolve Pikachu into Raichu in Pokemon Scarlet and Violet. See you all in the next one!