COD Vanguard Gorenko – This guide will show you how to get the new Gorenko Anti-Tank Sniper Rifle in Call of Duty Warzone and COD Vanguard.

Call of Duty Vanguard – How to Unlock Gorenko

The first season of COD Vanguard is finally here. And we all know what that means. New weapons! The Gorenko is a Sniper Rifle in COD Vanguard, that has arrived in the game with the Season 1 update. Just like the Cooper Carbine, the Gorenko is available for both Warzone Pacific and Vanguard.

The Gorenko is a heavy semi-automatic rifle, that offers the most damage/shot of any ballistics-based weapon. Therefore, being a heavy, it can one-shot any enemy in Vanguard Multiplayer, easily. Yes!

The only issue is, despite being a semi-auto, its high-caliber rounds produce hard kicks. Which makes the recoil of this weapon, hard to control. So, no spamming right off the bat.

But that doesn’t mean, it cannot be taken care of. The recoil could be easily reduced using some barrel attachments. Or, if you are a ‘sniper main’ like me. You can build a loadout that gives you increased fire rate and ADS speed, and go full ‘aggressive sniping’ mode.

Overall, a really awesome sniper rifle. And, I can already see this weapon becoming the top choice for Warzone players, in the coming days. Also, can we just appreciate how awesome the weapon looks. 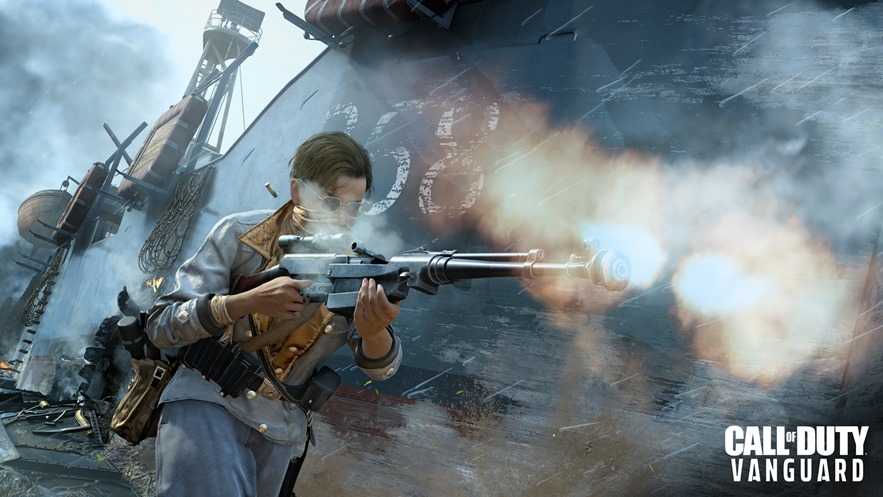 Just like the Cooper Carbine, you don’t get access to the Gorenko immediately after you launch Vanguard. This weapon is a Season 1 exclusive and requires some amount of grind in order for you to unlock it. Here is how to do it:

Now, if you are new to COD. You might think that the weapon is tied to the Vanguard Season 1 Battle Pass. Which means you would need real money or COD points to get it. But that is not the case, even if you do not purchase the Battle Pass you still get 20 free tiers that every player can unlock. The Gorenko is a part of those free tiers. Which means you can get this new weapon for free.

Just like you, I am playing the game at the moment. I have already bought 31 battle pass tiers, and unlocked the Gorenko. But, I have to level up the weapon to 70, first. Then I will be figuring out a loadout that works well in both Warzone and COD Vanguard MP. Please be patient. I will update this guide as soon as possible. Thank you!

If you think this guide has helped you, then let us know in the comment section below. And for more Call of Duty Vanguard guides, keep an eye on Frondtech.