Call of Duty Vanguard – How to Unlock Cooper Carbine

The first season of COD Vanguard is finally here. And we all know what that means. New weapons! The Cooper Carbine is an AR in COD Vanguard, that has arrived in the game with the Season 1 update. The weapon is available for both Warzone Pacific and Vanguard.

It is basically a hybrid rifle with SMG-like properties. You would normally consider an AR to be medium-long range, right? That is not the case here. The Cooper Carbine is, in fact, a short-range AR. Despite having a fast fire rate, it is quite easy to control, actually.

The developers are comparing the Cooper with the very popular, Automaton, which is another popular fast-firing AR. And also my personal favorite. By default, the Cooper Carbine has a slightly slower rate of fire, shorter effective range, and a bit more horizontal recoil, but in exchange offers better damage per shot, quicker centering speed, and a bigger default magazine. 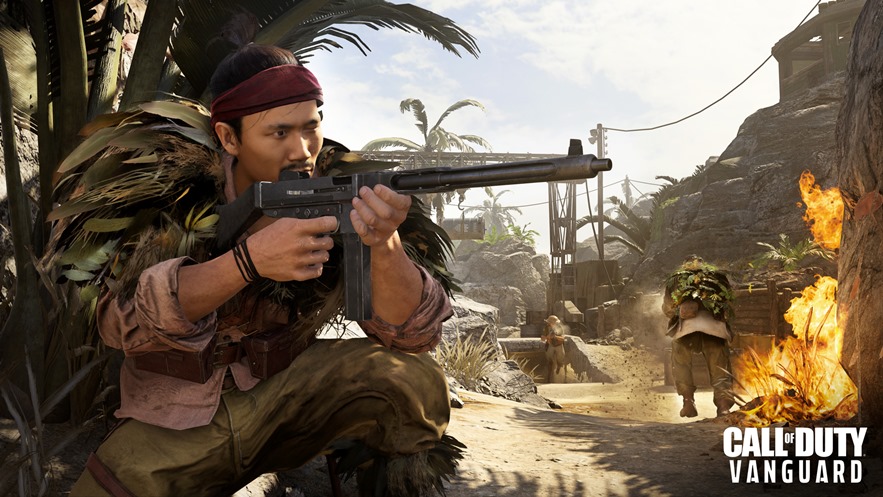 If you visit the Gunsmith. You will find attachments that can increase the fire rate of the Cooper Carbine, even further. Overall, a solid midrange option for both Warzone Pacific and Vanguard.

You don’t get access to the Cooper Carbine immediately after you launch the game, like some other weapons in Vanguard. This weapon is a Season 1 exclusive and requires some amount of grind in order for you to unlock it. Here is how to do it:

Now, if you are new to COD. You might think that the weapon is tied to the Vanguard Season 1 Battle Pass. Which means you would need real money or COD points to get it. But that is not the case, even if you do not purchase the Battle Pass you still get 20 free tiers that every player can unlock. The Cooper Carbine is a part of those free tiers. Which means you can get this new weapon for free.

Just like you, I am playing the game at the moment. I have to level up the weapon to 70, first. Then I will be figuring out a loadout that works well in both Warzone and COD Vanguard MP. Please be patient. I will update this guide as soon as possible. Thank you!

If you think this guide has helped you, then let us know in the comment section below. And for more Call of Duty Vanguard guides, keep an eye on Frondtech.