Shrine disappeared Cult of the Lamb – Massive Monster and Devolver Digital have published a game called Cult of the Lamb, a rogue-like action-adventure game that casts players in the role of a possessed lamb saved from destruction by an ominous stranger, and must repay their debt by building a loyal following.

Start your own cult! You’ll need to venture out into diverse and mysterious lands, build your community of woodland followers, and spread your word to become the one true cult.

More than 60,000 people are playing the game on Steam at the moment, and it has been getting great reviews, as well. But these days, whether it is an AAA game or an Indie, they all come with bugs and errors. This is something that has become inevitable.

It looks like the Shrines are getting disappeared for some people in Cult of the Lamb. This actually quite a game-breaking bug, as the Shrine is one of the most important aspects in Cult of the lamb. Check out this post by a Steam user:

Shrine disappeared?
It just disappeared but I still see a follower worshipping at it and I’m not allowed to build another (it says “already built”). I’m very early in the game I’ve only done a few runs. 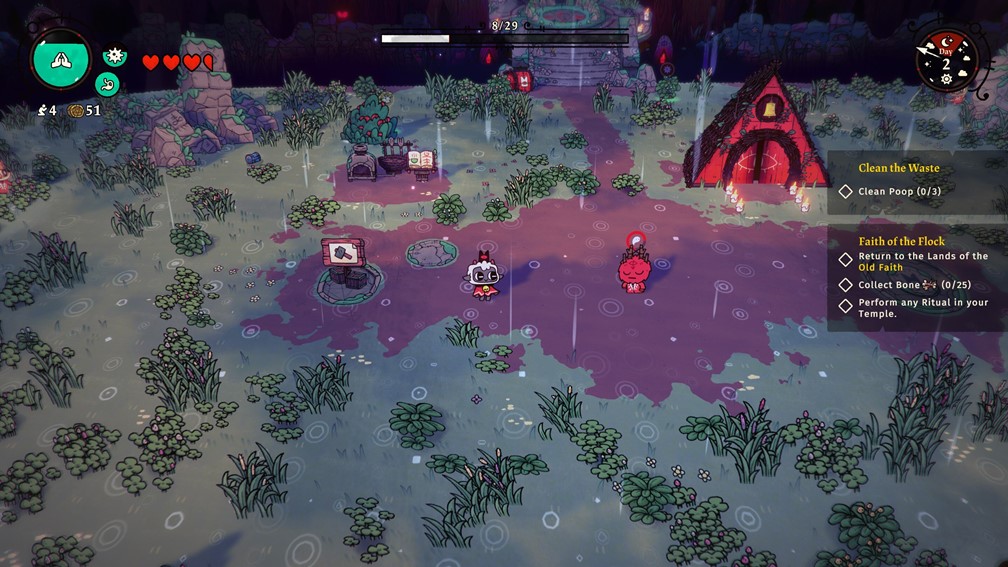 The good news is, that there is actually a fix present for this bug, and it has been proven to be working by multiple users. Here is what you need to do.

If your Shrine has suddenly disappeared in Cult of the Lamb, then all you need to do is quit the game, and reload the save. And as soon as you get in, you will see that your shrine has become visible again.

This bug has been already addressed by the devs of the game, and they are working on a fix, at the moment, which should arrive with the next patch.

A lot of users have confirmed that this works, and actually, this is the only fix that works. You might notice a lot of other fixes like verifying files or re-installing the game from other sources. But, they don’t really work.

A developer has confirmed this fix, as well. Check it out: