Cult of the Lamb black screen – Cult of the Lamb is a rogue-like action-adventure game developed by Massive Monster and published by Devolver Digital, that casts players in the role of a possessed lamb saved from annihilation by an ominous stranger, and must repay their debt by building a loyal following in his name.

Start your own cult in a land of false prophets, venturing out into diverse and mysterious regions to build a loyal community of woodland Followers and spread your Word to become the one true cult.

The game has been getting awesome reviews so far, and almost 60,000 people are playing the game on Steam, at the moment. But these days, whether it is an AAA game or an Indie, they all come with bugs and errors. This is something that has become inevitable.

It looks like a lot of people who bought Cult of the Lamb on Steam are facing the Black Screen issue whenever they are trying to play the game. The name of the bug is pretty self-explanatory.

The bug is causing people to experience nothing but a black screen in-game. For some players, the game sounds are present, but there are no visuals. And for some, the screen is completely blank with no activity whatsoever. Check out this post from a Steam user:

Black Screen Bug
Every time I try to play this game, as soon I get the Red Crown, the screen turns black, some fanfare plays and the game gets stuck on that black screen. I tried waiting, turning the graphic quality down, but nothing’s working. Is anyone having this problem, and if so, did anyone find a solution? Thank you in advance! 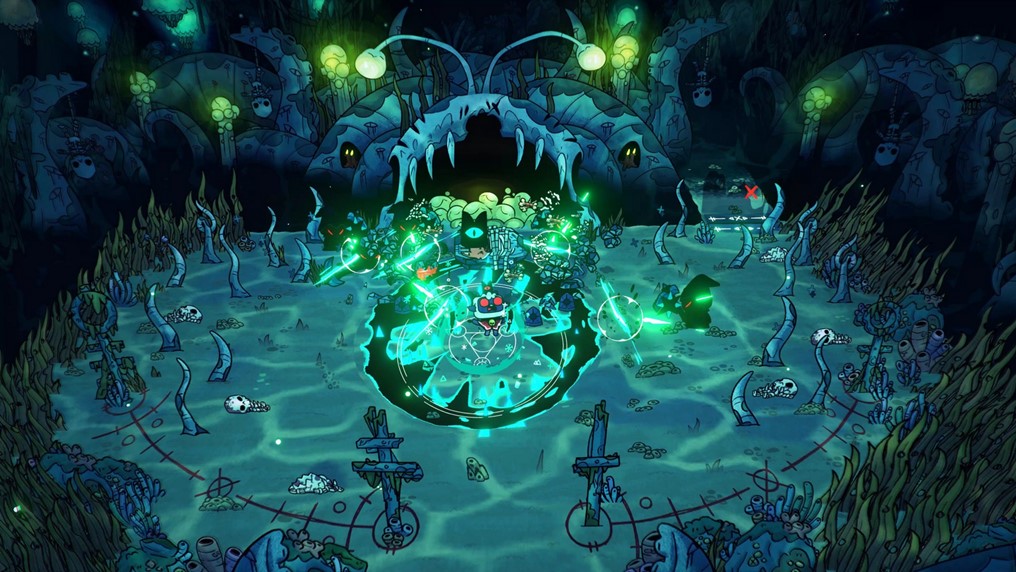 How to fix the Black Screen in Cult of the Lamb

The good news is, that there is actually a fix present for this bug, and it has been proven to be working by multiple users. Here is how to fix the Black Screen bug:

Most people who were having this bug confirmed that “Vertical Sync” was set to “Fast” on their Control Panel, and turning it off immediately fixed it. You can actually restart your PC after that if you want.

The guy who had originally posted about this bug confirmed that this fixed the issue for him. This what he had to say:

Edit: Thank you, Commandechsn for finding the solution! All you gotta do is turn off vsync in the game’s settings (No need to mess with Nvidia Control Panel). Then after getting the Red Crown, just turn it back on!

Just to show you that this actually fixes the issue, check out some comments: 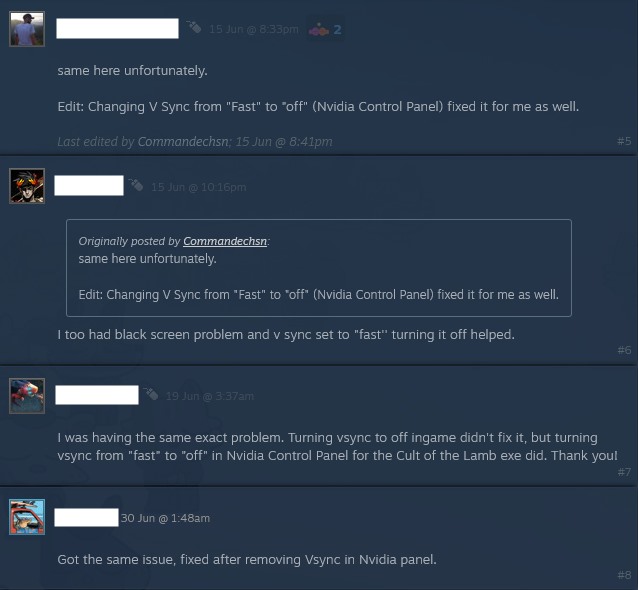