Baxcalibur weakness scarlet violet – One of the latest additions to the long list of dragon-type Pokémon that are extra strong and found throughout the pokemon franchise is the pokemon, Baxcalibur. You can battle it during the gauntlet of the matches of the Elite four. Although, encountering one of these pokemon anywhere other than an online match is highly unlikely. It has strengths that should never be underestimated, that too, because you will eventually need to defeat it in the main story to continue. So, if you are someone who wants to complete the whole of Scarlet and Violet, then this article is for you, as knowing Baxcalibur’s weakness is essential. 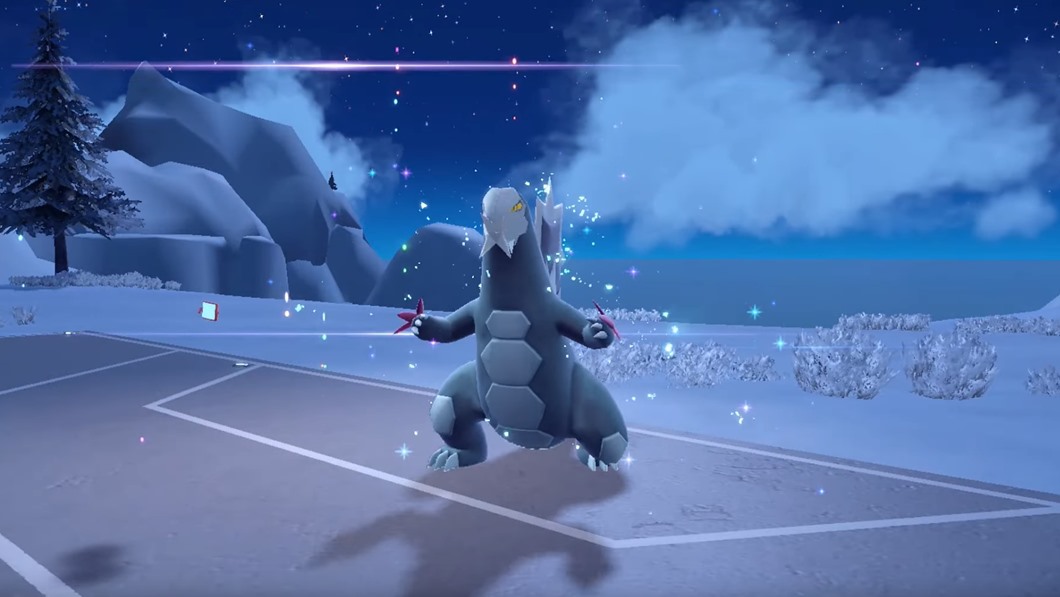 Baxcalibur is a pokemon that is Dragon/Ice type and has stats that can be said to be decent all around. Though, it does have a pretty astonishing HP and Attack for any Pokemon. Yes, it is weak to Rock, Steel, Dragon, Fighting, and Fairy.

However, there are cases where it is so weak that it can be taken down in one single blow. We would advise not to use any fire-type move as it is Baxcalibur’s signature ability to boost its own attack every time fire-type moves hit it.

It also accesses a move that is dragon type and is insanely powerful, Glaive Rush, that would give an advantage to its opponent as it causes it to now take double damage in the next attack that it gets.

The best counter is a Fairy Type pokemon that focuses on Sp. Atk and Speed. Although if you’re going against the Baxcalibur of the Elite Four, then you will need to trade to get the best option you want.

If your main aim is survival, then surprisingly, Dachsbun would actually be a great choice, all owing to its defense. Yes, to expect that it can take and then outdo the damage of Baxcalibur might seem a little far-fetched. But it can take some good hits, while it uses moves like Charm and Baby Doll Eyes to set up for stronger allies.

Iron Valiant or Flutter Mane are great options or, rather, the best choices during online battles, but you get them only after you take down the Baxcalibur of the Elite four first.

Even though you can’t take full advantage of its weaknesses, a different strategy of rather focusing on your own strengths will lead you to victory.

That is all that we had on Baxcalibur Weakness in Scarlet and Violet.