You can get Raichu anywhere in biomes like the Forest and Grass. But remember that spotting and getting a Raichu is quite difficult as it is a rare Pokemon. You can look near the Casseroya Lake habitat, and if you are lucky enough, you can spot one. Here is the exact location where I got my Raichu: 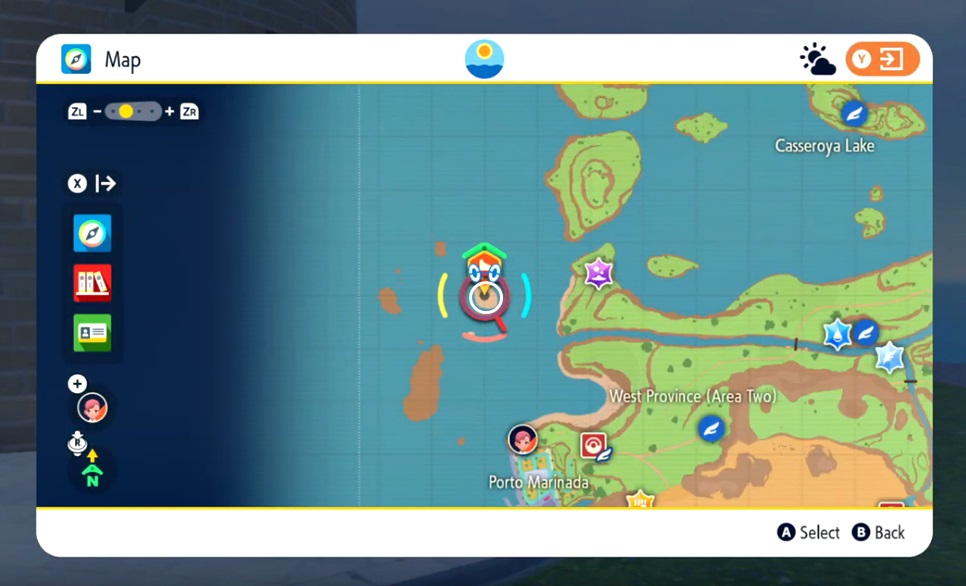 However, you can also get Raichu if you evolve your Pikachu using a Thunderstone. You can get Thunderstone in the following locations.

Here is a detailed article on the process of evolving Pikachu into a Raichu.

Raichu is an Electric Pokemon you will find in Scarlet and Violet. It evolves from Pikachu with the use of a Thunderstone. Remember that you have to use this Thunderstone outside Alola. It is a mouse Pokemon that falls under the Field Fairy Group. Raichu has a catch rate of 75 with a base friendship of 50.

It has Medium Fast EXP Growth Rate. It also appeared in the earlier Pokemon games like the Sword and Shield, Brilliant Diamond Shining Pearl, and Arceus Legends games.

How to defeat Raichu in Pokemon Scarlet and Violet

Raichu is an Electric Mouse Pokemon. If you wish to take it to battles or are facing one as an opponent against you, then it’s essential to be aware of its abilities, weaknesses, damage and resistances.

Here are the abilities of the Raichu Pokemon in Scarlet and Violet:

The Pokemon is weak against the Ground Pokemon only. But it can be damaged normally by using these Pokemons and Movesets:

The best natures for Raichu are:

This Pokemon drops off the Pichu fur, which can be used to get Thunderbolt, Wild Charge, and Thunder. Terastallize this Pokemon to gain a 1.5x damage bonus on its Tera Type moves.

Raichu is a great Electric Pokemon and the final form of Pichu. The Pichu then evolves into a Pikachu when you level it up with High Friendship.

So this was about How to get and defeat Raichu in Pokemon Scarlet and Violet.