Valheim Server Crash fix – Is your Dedicated Server crashing in Valheim constantly? Don’t worry, you are not alone.

How to fix Dedicated Server Crashes in Valheim

Valheim is one of those indie titles that prove that you do not need a huge budget to make a successful game. Even in its Early Access the game is doing extremely well so far. It has been topping the Steam Charts since its launch day.

It is an extremely well-made title, and I am pretty sure that people who open-word survival games like Ark, would enjoy this as well. That doesn’t mean that the game is perfect though. Valheim has its fair share of issues.

A lot of Valheim players have started complaining lately about the constant crashes they are facing with their dedicated servers. Yes, Valheim allows you to have your own dedicated server. But managing it is completely your job.

Users are reporting that whenever their friends are trying to join their dedicated servers, they are crashing immediately. This is really strange as, this is happening without any load being put on the servers.

I have a dedicated server that crashes when a certain friend tries to join. Started happening lastnight. His problem started out as the world wasnt loading in when he joined, now it just crashes the server. Anyone know a fix besides the usual reinstall, validate files, or any other starter troubleshooting stuff. We have done everything I could think of and nothing has worked.

So now the question is, is there a fix?

How to fix the Server Crashes

The good news is, there are some potential fixes for this issue. The bad news is, it might not work for everyone. I have personally experienced this issue with my own server and I have successfully managed to fix it with one of the fixes mentioned below.

The first fix is the one that worked for me. I have an Asus ROG Strix motherboard and I have all these Asus applications installed on my PC that help me from time to time. There was an Asus utility on my system called GameFirst VI. This application has a lot of features, which also includes Network Management. All I did was uninstall the application and the dedicated server hasn’t crashed even once ever since. 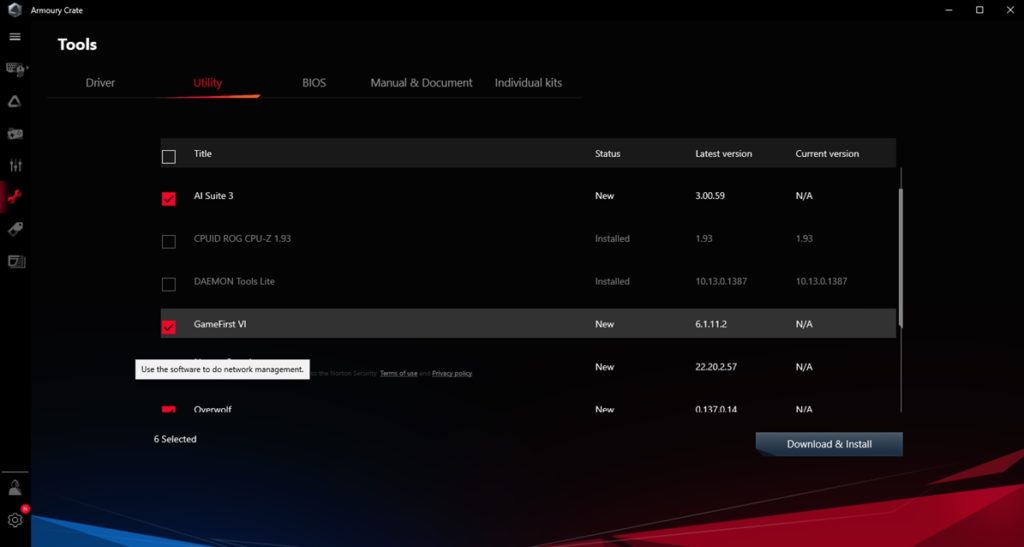 The second fix is for Lenovo users. There is an app called Lenovo Vantage that comes pre-installed in Lenovo gaming laptops. Within that application there is a feature call Network Boost. Turn it off.

The third fix comes from a Reddit user. Check it out:

If your dedicated server is crashing after the update, the following worked for me from valheim

The final fix I have for you is quite a silly one actually. But since it has worked for many users, I am including it here. All you have to do is make your Server password have more than 5 characters. Yes, that is all you have to do. Apparently, if your password is too short then your server would crash. Take a look at all the comments: 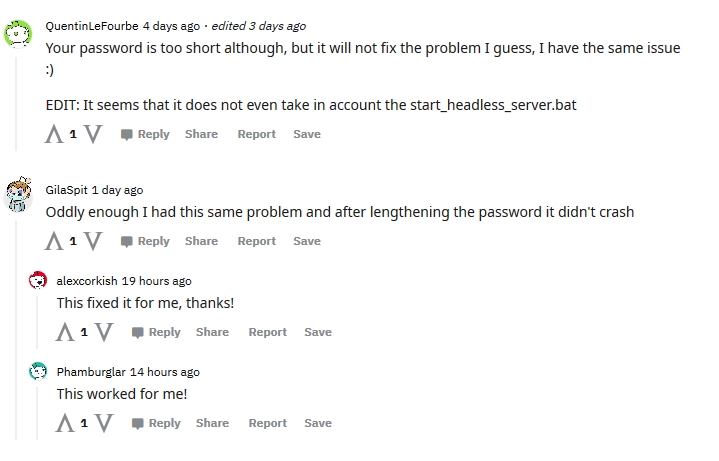 These are all the fixes we have at the moment. I will be adding more soon. Click here to visit the Steam discussions page of Valheim, to see what others have to say regarding this issue.