What is the funniest thing that you do if you have already made millions of dollars in the game? Well, you will be able to unlock this particular store. You will be able to purchase items that will let you prank and change the appearance of your partner, or you can even try it on yourself.

We have been waiting for a decent Saints Row game after Saints Row The Third for ages, and it’s already here. Saints Row 2022 Reboot was published by Deep Silver and developed by Volition. The game got mixed negative and positive reviews, but we are having a great time at Santo Ileso. The game is pretty similar to GTA in a lot of ways.

You can run around the city committing crimes and destroying everything. You will also be able to do jobs to earn money. This action-adventure game is available on all platforms, including PlayStation 5, PlayStation 4, Xbox, Google Stadia, and the PC.

As you know by now that the map is filled with Stores where you will be able to purchase items in the game. The shops in Saints Row are the primary way of buying different weapons and car upgrades. Some of the stores offer clothing and cosmetics as well. Although there is one store you will find on the map called Everything is a Million Dollars Store.

This is one of such stores that if you visit earlier in the game, you won’t find open, and there will be a sign showing “Coming Soon” and a list of items it sells. But the problem is you won’t be able to access it until you have reached a specific point in the game.

So this article will guide you on how to unlock everything’s a million-dollar store in Saints Row 2022.

To unlock Everything is a Million Dollars Store in Saints Row, you must first complete all the main missions in the story mode. Once you are done, you can head over to the location marked on the map. Remember you have to get to the Lakeshore North if you want to unlock the Everything’s a Million Dollar Store. It is pretty straightforward if you have completed the missions beforehand. 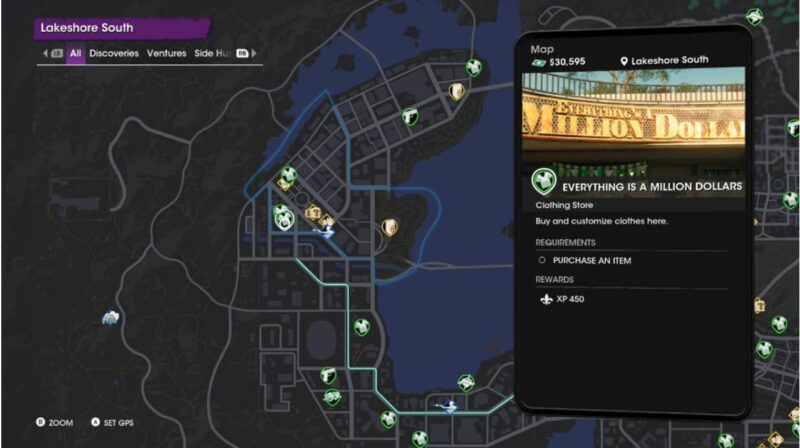 This Store sells crazy items which would let you prank your teammate by turning them into different cosmetic objects in the game. You can also use it to turn yourself up as such objects.

To keep it simple, just like GTA V Online modding where the modders used to prank other players by turning them into funny things in the game. This is precisely what you can do in this game but legally.

Basically, with the items you have purchased, you can change your partner’s appearance into a toilet, mailbox, bees swarm, or any other random object in the game world.

Remember that they won’t be able to change back to their original form until and unless they leave the server. Your teammate will be stuck inside that during the game and the cutscenes. The cosmetic items you can buy are primarily for comedy and pranking reasons. Also, you can unlock and purchase the Toilet and the Blow Doll Cosmetics at the end of the game. 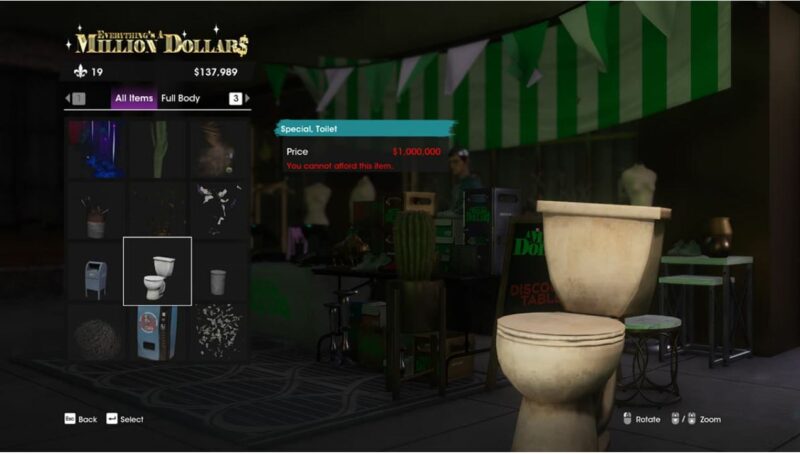 Getting these cosmetics and items is not accessible as the store name implies. Everything is a Million Dollar Store sells everything that costs above a million dollars.

The starting price of any item in the store, including the unique toilet, is $1000000. One of the most expensive items in the shop will cost you around $25 million, so you need to save a lot of in-game money if you want to afford these funny cosmetics in the game.

So this was all about how to unlock Everything is a Million Dollars store in Saints Row 2022.