Pawmi location Scarlet Violet – Pawmi is a rare Electric Pokemon that can prove to be a valuable asset in battles when caught.

Pokemon SV, or Scarlet and Violet, is a game developed by Gamefreak and published by Nintendo for their Nintendo Switch Consoles. The game features new storylines for you to explore and new Pokemon for you to catch, train and battle with.

Pawmi is an electric Pokemon you will find in Scarlet and Violet. It will evolve into a Pawmo once it reaches level 18 and further evolves in Pawmot. Although, unlike other Pokemon, it will evolve into Pawmot once you have walked a total of 1000 steps when using the let’s go Feature. This Pokemon falls into the Field Egg Group and comes in both Regular and Shiny Versions. It is a rare pokemon with a catch rate of 190 while having a base friendship of 50.

So this article will guide you on how to get Pawmi in Pokemon Scarlet and Violet. 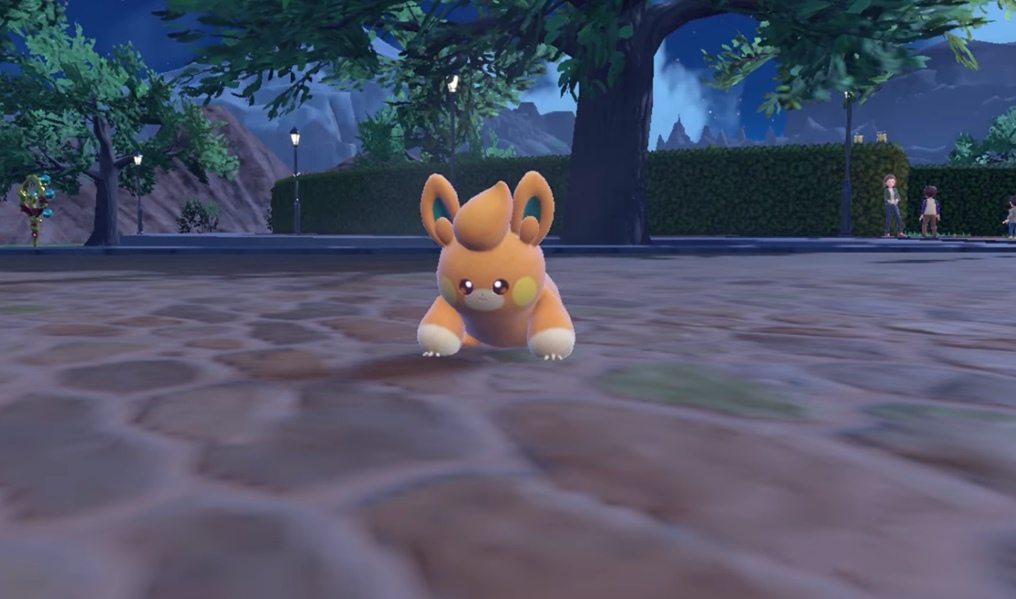 Pawmi is a Rare Pokemon that you can find at any time of the day, especially in Biomes like Grass and Rocky areas. The Pokemon is found inside Habitats like Area One of South Province and Area Three of South Province. You can come across both the Pawmi and the Pawmo Pokemon in all the provinces, and you can even make it spawn using the Electric Food Encounter Type.

The exact locations of Pawmi are marked in yellow. 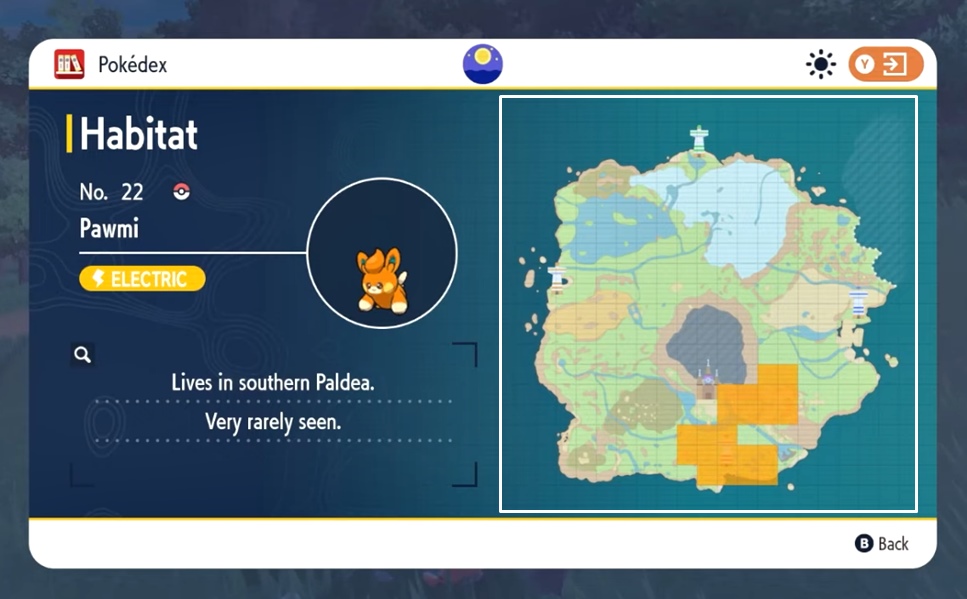 How to Evolve Pawmi in Scarlet and Violet

As mentioned earlier, Pawmi will evolve into Pawmo as soon as it reaches level 18. But there is a trick you need to do to get Pawmi’s final evolution stage, Pawmot, and that is to use the Let’s Go Feature. Make the Pawmo walk 1000 steps when it is out of its Pokeball. All you need to do is make Pawmo lead and walk around the overworld for around 15 minutes by pressing the R Button.

Remember that Pawmo won’t evolve if you level it up using the Auto battles. You will need to use Experience Candies to level it up faster or take it to regular battles.

Although you automatically farm the steps to evolve faster, if you are willing to take a break for a while but want to continue farming for the Pawmo’s steps. For that, you have to position your Switch’s two analog sticks in such a way that they are close towards each other. This way, it can walk in circles for around 10-15 minutes until it completes the 1000 steps. Remember to activate this Lets Go feature in areas with no chance of Wild Pokemon appearing.

How to defeat Pawmi in Pokemon Scarlet and Violet

Since Pawmi is an electric Pokemon, you should know its abilities, resistance, and weaknesses if you take it to battle or face one as an opponent. These are the abilities of Pawmi.

The Pawmi is weak against Ground Pokemon or Moves. But it can be damaged by

Pawmi can resist Pokemon and moves like Electric, Flying, and Steel types. Also, Terastallizing Pawmi will give you 1.5 times damage bonus.

Use Natures like Jolly and the Adamant stats if you want to take full advantage of Pawmi’s stats for much easier battles while boosting its Speed or Attack, depending on whichever you choose. The Pokemon drops Pawmi Fur TM material which can be used for Thunder Wave and Electric Terrain.

So this was all about how to get and defeat Pawmi in Pokemon Scarlet and Violet.