Destiny 2 Unlock Grenades – With the arrival of The Season of the Risen, The Witch Queen is finally available to the public. The update has brought a ton of content in the game. The last time I checked, the size of the update was around 21 GB on PC. The Witch Queen has brought a brand-new Campaign filled with the overpowered Lightbearer Knights, a brand-new Destination called Savathun’s Throne World, new Exotics, a ton of new Legendary weapons, new activities, and most importantly, Void 3.0.

In this complete redesign of the Void subclass, players can now harness the power of the Aspects and Fragments system introduced with Stasis to customize their Void Guardians like never before. To weaponize the unknown. To gaze into the Void.

The Void subclass is now fully customizable, and I can already see this triumph over all the other subclasses, in the near future. I am a Hunter main, and I had 3 Aspects already unlocked from the start, and around 10 Fragments out of 14 were unlocked.

Along with that, all my class abilities, my movement abilities, and my melee, were unlocked as well. But, out of 7 Grenades, only 3 were unlocked. The ones that had “Not Yet Unlocked” showing on them were: 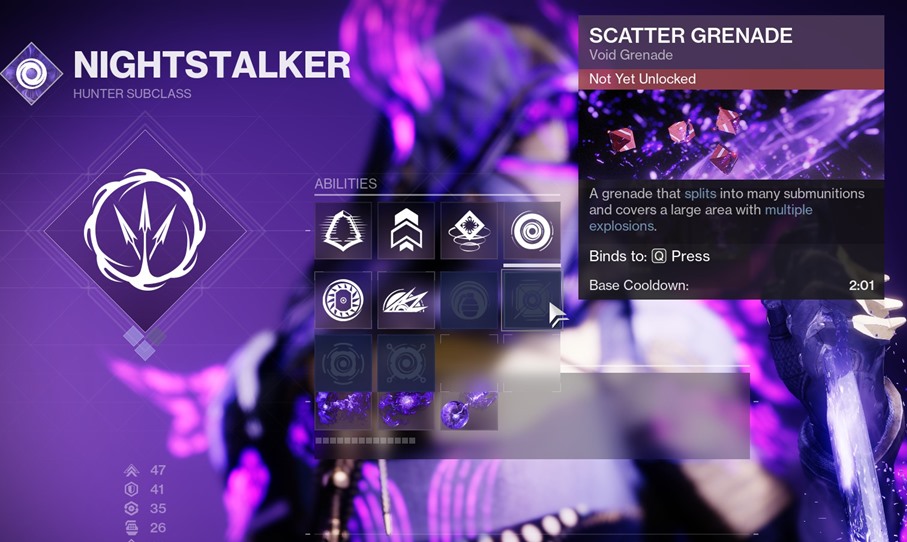 Now, if this was something else, I wouldn’t have cared much. But I love my grenades. Both in PvE and PvP. It is something that I use very frequently. Now, the question is how to unlock the other Void Grenades?

How to Unlock Void Grenades in Destiny 2 The Witch Queen

The process of unlocking the locked void grenades is very simple, actually. In order to unlock the Suppressor Grenade, Scatter Grenade, Magnetic Grenade, and the Axion Bolt:

Now, just go back to your Void subclass screen. You will find all your Grenades unlocked, now. Feel free to choose the one you like the most.

So this was all about “How to Unlock Void Grenades in Destiny 2 The Witch Queen”. If you think this guide has helped you, then let us know in the comment section below. Also, for more guides on Destiny 2, keep an eye on Frondtech! Happy Gaming!