It’s been a few days since MultiVersus entered beta testing, but it has already started to boom in the game world.

This free-to-play game offers almost 20 characters to jump over the fight with your friends.

Meanwhile, get ready to build your squad with Jake the Dog, Morty Smith, Batman, and Arya Stark to give a good fight.

But, Warner Bros offers only a few characters at the beginning of the game, so you should unlock other characters in the 2v2 co-op. One such powerful character is Iron Giant.

Iron giant easily defeats all other foes in MultiVersus. If you have him, you can use his most vital abilities like Cannonball and Rocket Boost.

In this fighting game having Iron Giant means a beneficial partnership like having rick, Finn the Human, Garnet, Jake the Dog, and Shaggy. If you’re curious about getting Iron giant, follow this article.

How to Unlock Iron Giant in MultiVersus

To unlock Iron Giant in this 2v2 co-op, you require currencies of MultiVersus such as Gold, the Founder’s Pack, or Gleamium. 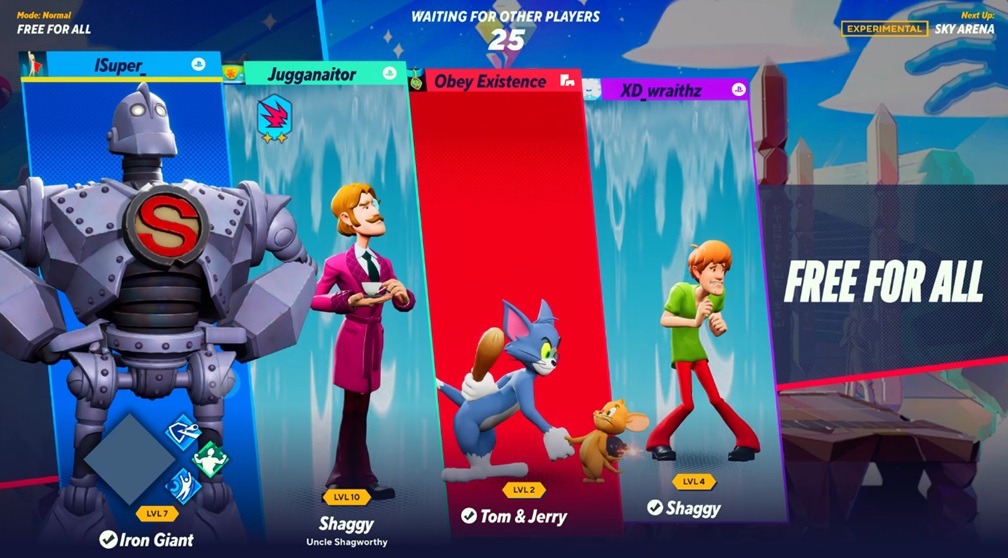 If your inventory has enough resources for them, you can easily purchase Iron Giant to start the battle, or else check out the details below.

Use gold to Unlock the Iron Giant:

To unlock the Iron giant, you should use 3000 Gold. If you don’t have gold in your inventory, don’t worry; you can get them quickly as a reward by completing missions, daily quests, seasonal challenges, upgrading the characters, and so on. But, it will consume more time than you think since it’s fun to do.

Use Gleamium to Unlock the Iron Giant:

If you’re tired of collecting gold in every single match, use 700 Gleamium in-game coins to unlock your Iron Giant.

Before that, you should buy Gleamium with your real money, about $9.99 for 1000 Gleamium. And It’s somewhat expensive, though; you can use it without attending any missions and battles.

Use Founder’s Pack to Unlock the Iron Giant:

At last, you can also use one Character Token to unlock your Iron Giant.

Remember that Gleamium and Founder’s Packs require your real money to use, so we suggest you collect gold since it’s free while enjoying the game.

If you think this guide has helped you then let us know in the comment section below. And for more Multiversus guides, keep an eye on Frondtech. We will be covering every single technical issue of the game. Good luck!