It’s been a few days since MultiVersus entered beta testing, but it’s already started to boom in the game world. This free-to-play game offers almost 20 characters to jump over the fight with your friends.

Meanwhile, get ready to build your squad with Jake the Dog, Morty Smith, Batman, and Arya Stark to give a good fight. Once you have formed your team, get ready to explore the different maps and stages to defeat your foes. But, you can’t access all the locations in this fighting game.

To explore all stages and locations, you need to upgrade your level in this 2v2 co-op game.

You may encounter locations in MultiVersus similar to your well-known T.V. shows such as Jake, Batcave, and Tree House of Finn. But, those stages and locations are not accessible for all the game modes.

If you’re wondering about the stages and how to unlock them, follow this article to learn about them.

All Multiversus Stages and how to unlock them

Warner Bros provides fully eight different stages to give a fascinating battle experience with your squad. Check it out below to get to know all the available Stages and the exact needs to unlock them. 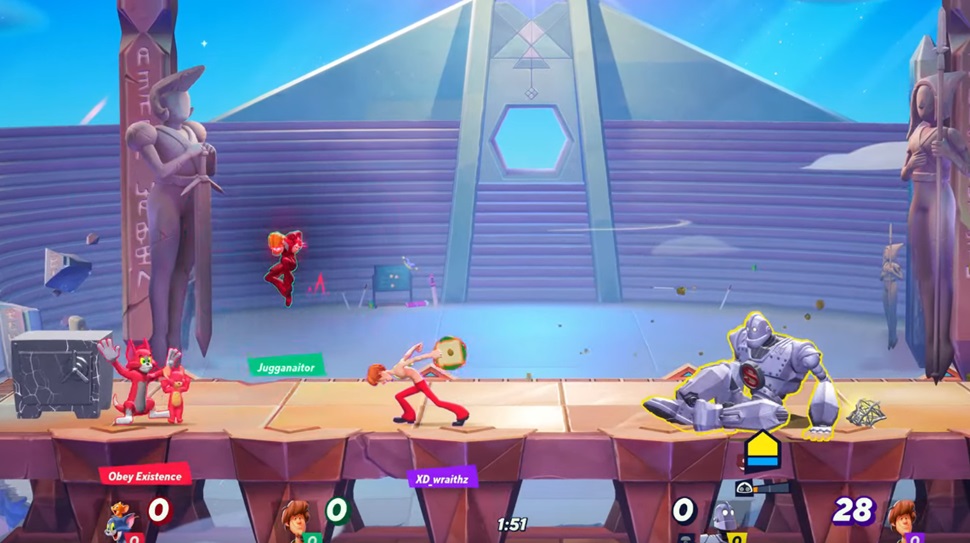 It’s a gigantic subterranean set of caverns, and you can obtain Batcave in almost every battle you commit in this fighting game.

The first gem battle was held in this ancient Sky Arena. You can easily unlock Sky Arena only in the battle match of 2v2 or four players free for all modes. Also, in this stage, you may get a variant in 1v1 mode.

It’s similar to Sky Arena, this stage is only attainable for 2v2 matches or four players free for all battles, and this stage also has a variant on 1v1 matches.

This stage is from the Scooby-Doo universe, and its general haunted mansions are similar to Haunted Mansion Banner. Scooby’s Haunted Mansion will be available from the 2 to 4 players’ battles.

To unlock Tree Fort, get ready to play four players’ matches. You can also gain variant stages from Tree Fort but are available only in 1v1 battles.

Training Rooms are simple, and you can get this only at 2v2 battles.

You can acquire Trophy’s E.D.G.E. only if you play 2v2 matches or the squad battles contain 3 to 4 players.

Note that most stages can be obtained only on a 2V2 mission compared to 1v1. So be prepared for 2v2 matches.

If you think this guide has helped you then let us know in the comment section below. And for more Multiversus guides, keep an eye on Frondtech. We will be covering every single technical issue of the game. Good luck!