MultiVersus is a 2v2 platform fighter in which players battle on different levels and attempt to knock their opponents outside the arena’s boundaries, with characters being knocked further the more damage they take. If you are a Super Mario Bros. Brawl fan, you should try this one.

The game is currently under the Early Access beta and is available for the major platforms.

The Multiversus game is kid-friendly, although some game characters feature foul-mouthed dialogues that you will get to hear when playing against or with those characters.

But this feature is not activated by default, and if you turn on the mature language setting in the game, you will be able to hear all those dialogues in Multiversus.

For example, playing with Harley Quinn will likely hear foul swear words while fighting. So this article will guide you on how to toggle mature language on or off in Multiversus. 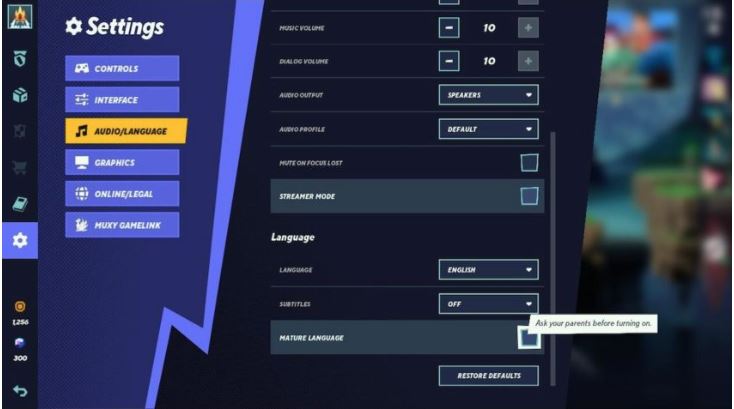 How to toggle Mature language on or off in Multiverses

You will be able to change the mature language option in the game settings itself:

Remember that if you are playing among a lot of people and especially in front of people with whom you are not comfortable, then it’s better to turn off the use of those curses and offensive words in Multiverses.

Also, remember that not all players can utter foul language even if the settings are active. The developer kept a minimal amount of characters with a foul mouth.

So it’s best to turn it off whenever you are streaming or playing Multiversus in front of parents. These settings don’t affect the game in any way possible.

So this was all about how to toggle Mature language on or off in Multiversus.