Rogue Imp Wonderlands – Just like other “Borderlands” games, Wonderlands also has Legendary Weapons, Gear and Spells. These Legendaries are, in no way, easy to find. And, if you do not have any idea about where to look for them, you might end up wandering the huge open world of Wonderlands, endlessly.

In this article, I am taking a look at Rogue Imp in Tiny Tina’s Wonderlands. Let’s check out what it is, and where you can farm for it.

Rogue Imp is an Assault Rifle of the Legendary or Orange Rarity type in Tiny Tina’s Wonderlands. There are several variations of Rogue Imp, and the prefix and suffix of this weapon will change depending on the card that you get. It is a Skuldugger Assault Rifle that comes with only the Fire element. The specialty of this weapon includes unlimited magazine size but the weapon overheats and ultimately breaks.

The Rogue is a COV type of weapon with an unlimited magazine size and features high fire rates, but it heats up just like any other COV or Skuldugger weapons in the game, and breaks after overheating two consecutive times. The weapon when overheats send out three homing bats that seek out the nearest enemies while directly dealing them with the Fire elemental damage. This assault rifle has great single target damage thus making this weapon one of the best weapons in Tiny Tina’s Wonderlands.

The Rogue Imp also got special treatment in the recent patch update as well, where it received a serious buff and thus ended up being one of the strongest weapons in the game. The fast fire rate along with the three homing bats makes it a really great weapon for crowd control and the single target damage count is more than good enough for boss fights as well. I love taking the Rogue Imp at Chaos 35 levels because this weapon showed no signs of giving up even during the toughest fights! 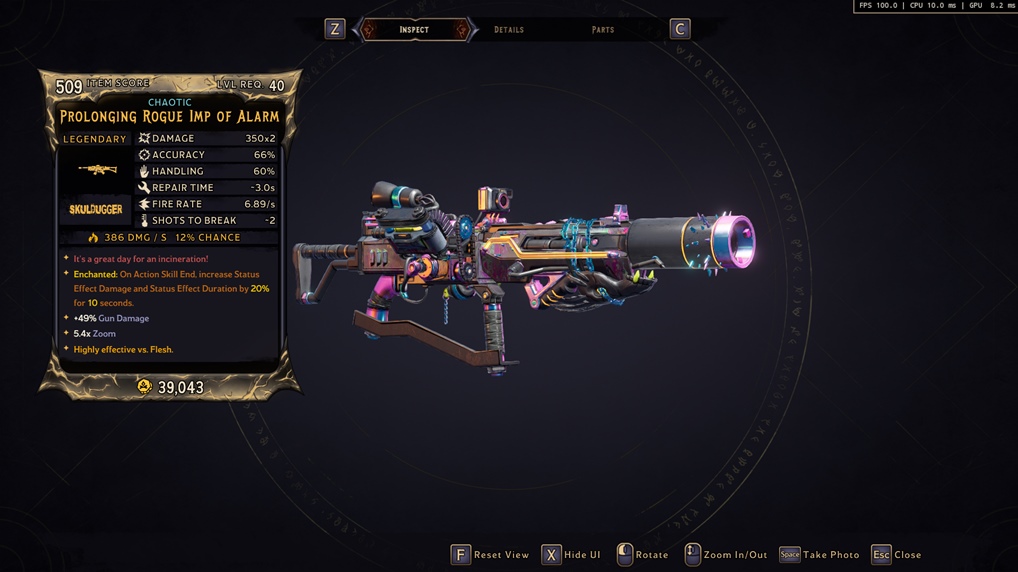 How to get Rogue Imp in Tiny Tina’s Wonderlands

To get the Rogue Imp Assault rifle, you will have to go to the Chaos chambers and feed the Assault Rifle Chaos bunny with Crystals. To get to the Chaos Chambers, first, open your Map and select Chaos Chambers. Press E to fast travel and interact with the Dragon Lord to start the Chaos Chamber missions. Go through the blue portal to start all the encounters. Earn crystals during the encounters by slaying all the enemies and fighting the boss at the end to complete the chaos dungeon run. The Crystals fall off the enemies and bosses that you have slain so make sure to pick up every crystal you find. You will be able to feed the bunnies with crystals in the Chaos room for the Rogue Imp Legendary weapon drop only if the Chaos chamber run is successful. 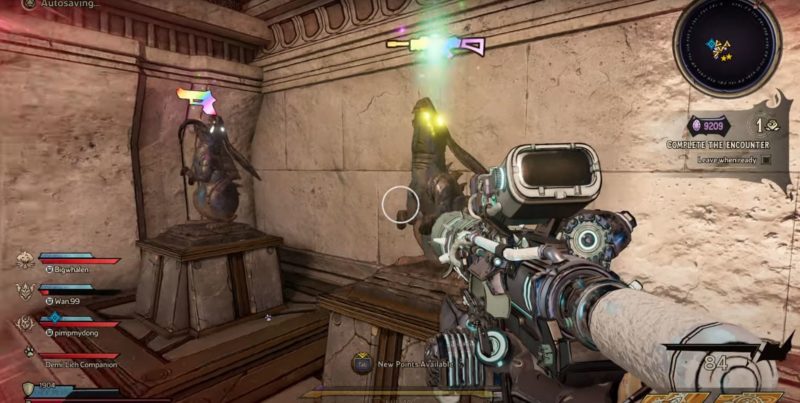 Unfortunately, it doesn’t have a dedicated drop source, and you don’t need to fight any bosses to get this weapon. This is a world drop so apart from the Chaos Chambers, the Rogue Imp assault rifle can drop off from the enemies inside the Chaos Dungeons as well. Slay enemies as much as possible to increase your chances of getting this weapon. Also, don’t forget to find as many lucky dices as you can in the game to increase the chances of getting the Rogue Imp as a drop. Do long and extended Chaos Runs, earn crystals, and feed them to the bunnies at the Chaos Chamber until you get the weapon.