Just like a typical “Borderlands” game, Wonderlands also has Legendary Weapons, Gear and Spells. These Legendaries are, in no way, easy to find. And, if you do not have any idea about where to look for them, your mind ends up wandering the huge open world of Wonderlands, endlessly.

In this article, I am taking a look at the Gluttony in Tiny Tina’s Wonderlands. Let’s check out what it is, and where you can farm for it.

The Gluttony is an SMG of the Legendary or Orange Rarity type in Tiny Tina’s Wonderlands. There are several variations of these Gluttony pistols and the prefix and suffix of this weapon change depending upon the card that you get. It is a Feriore Weapon, and it comes in with only the Black Magic element. Although there are some reports which say there are cryo ones available as well we couldn’t find anything yet. The specialty of this weapon includes an explosion which creates a Dagger Storm once the weapon is thrown.

Once you throw this weapon after firing a bullet, it is going to create a Dagger Storm, and it will create a Singularity in the middle of it. You will also be throwing away half of your HP once you throw this weapon. With the next throw onwards you won’t be losing any health. The Dagger storms sometimes go out of their way to hit the nearby enemies as well while dealing pretty nice damage. You can also use it like a gun, but the damage is not that good as compared to the Dagger Storm. Also, keep in mind, that you will deal better damage if you have a larger magazine size. So make sure you use this SMG as a throwing weapon rather than a shooting one. After the recent buff, I think Gluttony is one of the best weapons for bossing. 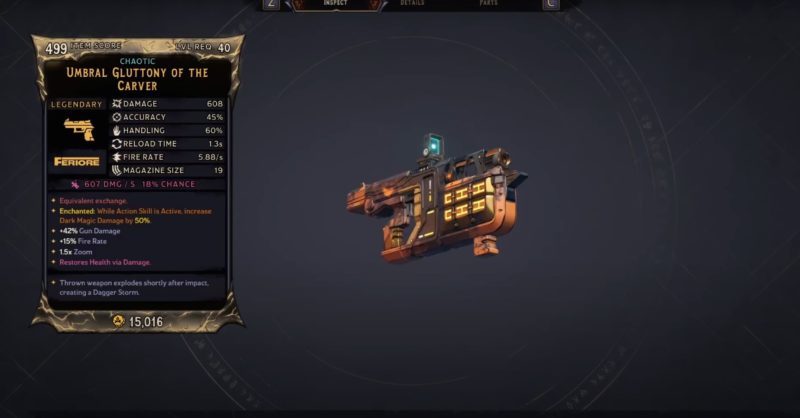 How to get Gluttony Legendary Weapon in Tiny Tina’s Wonderlands

To get or farm the Gluttony Legendary Weapon, you have to go to The Clopping Road at the Queen’s Gate. Once you reach there, run your way down to the Obelisk as marked on the left side of the map. Also, remember that you can’t access the Obelisk until the ocean is fully drained out, and you have completed a certain part of the main storyline. Now to destroy the Obelisk and make the boss spawn, you have to activate it and continue clearing and surviving the waves of enemies. The boss who drops the Gluttony Legendary Weapon is known as Droll the Troll.

Taking down Droll the Troll is quite easy. You only have to aim for the eye on his belly which is his weakest spot. You can also try aiming for his head to get more Critical hits. Also, make sure that you maintain a distance once he starts swinging the Heavy cudgel that his carrying. You should also need to be extremely aware of the Mudskippers that throw up on you. Before fighting Droll, you will face smaller enemies like two Trolls and a War Troll. The enemies will mostly be goblins so always carry a good fire build along with you as fire elemental is the best when used against the flesh to take them out quickly and easily. Although not every run guarantees a Gluttony, it is quite easy to get if you are on higher levels. And also don’t forget to increase the loot luck before fighting Droll by finding the lucky dice in the area to help you get closer to the chances of getting this legendary weapon. 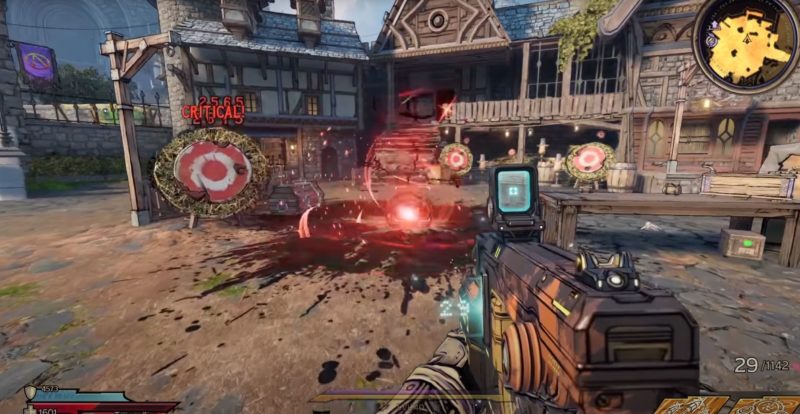