Buffmeister Wonderlands – Despite being a “Borderlands” game, Tiny Tina’s Wonderlands has brought a lot of new stuff to the table. Yes, the core mechanics of the game are the same as other Borderlands games. But there are some new aspects too. One of the most noteworthy changes, apart from the usual weapons, Wonderlands features a lot of Spell and Enchantments.

Anyway, at the end of the day, it is a Borderlands game, no matter what. And just like Borderlands games, Wonderlands also has Legendary Weapons, Gear and Spells. These Legendaries are, in no way, easy to find. And, if you do not have any idea about where to look for them, your mind end up wandering the huge open world of Wonderlands, aimlessly.

In this article, I am taking a look at the Buffmeister in Tiny Tina’s Wonderlands. Let’s check out what it is, and where you can farm for it.

Buffmeister is a Spell of the Legendary or Orange Rarity in Tiny Tina’s Wonderlands. There are several variations of the Buffmeister and the prefix and suffix of this Spell can change depending on the card you get. This is MIRACULUM spell comes with various elements.

So what is so special of the Buffmeister? You see, I don’t consider the Buffmeister to be a Spell. This works less like a Spell and more like an Action Skill. Upon activation, the Buffmeister staight up buffs your damage. The effect can last 9 seconds to 12 seconds, depending on the variant. This Spell not only buffs your weapon damage, but also gives you 100% crit chance on your weapons.

Overall, I consider this to be one of the best Spells in the game, if not “the” best. And, I would recommend this for Chaos Chamber runs at high Chaos Levels.

I have gotten plenty of Buffmeisters during my playthrough. The one I am showing here is a Level 40 Umbral Buffmeister. Here are the stats: 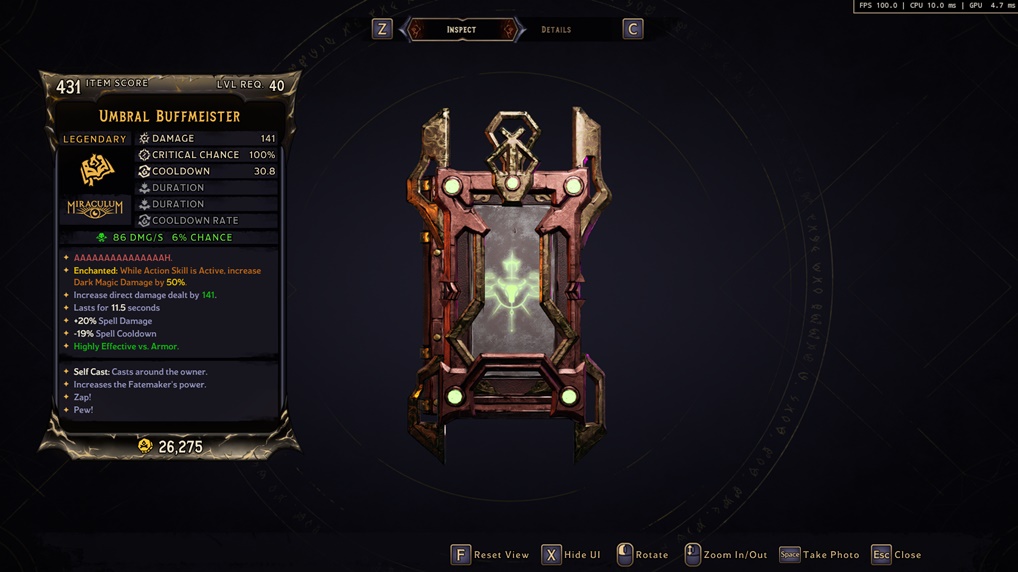 How to get Buffmeister in Tiny Tina’s Wonderlands

Let me start by saying that Buffmeister is a World Drop. Which means it does not have a dedicated drop source. With that being said, you can get or farm the Buffmeister from Zomboss. Zomboss is located at Shattergrave Barrow.

To get to Zomboss, you can fast travel to The Grave Nave at Shattergrave Barrow, and make your way to his location. The path is linear, so you won’t have any issue finding him.

Here is the exact location where you can the Buffmeister: 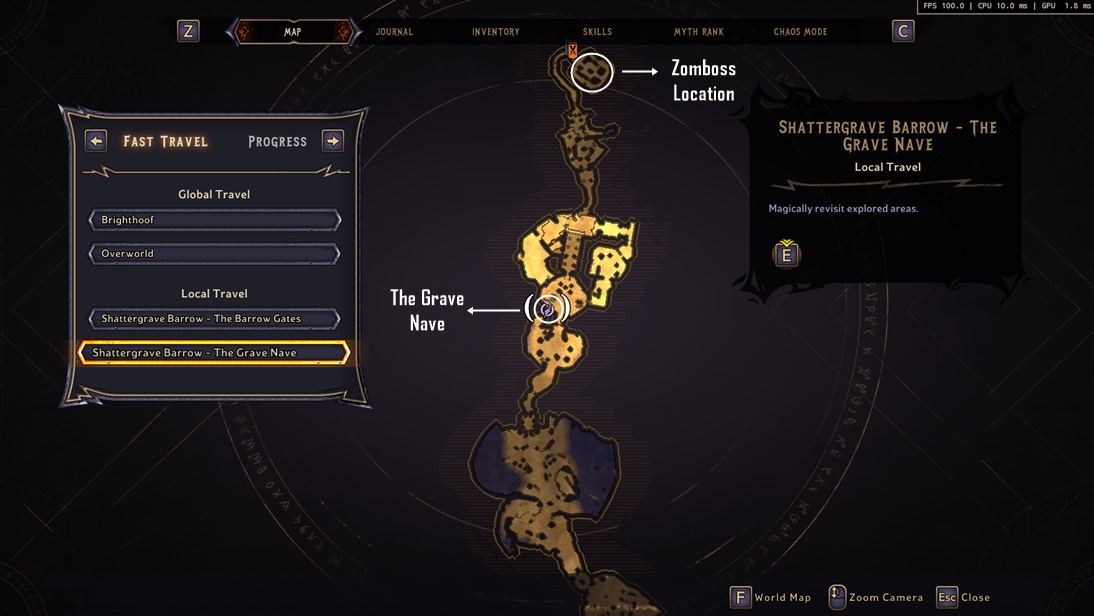 He is quite easy to beat, as you can easily “one-phase” him with a decent build. He quite frequently drops Legendaries at Chaos Levels, actually. Make sure that you increased your loot luck by using your Myth Rank points on Loot Luck, and use Gear that increase Loot Chance. What I did was, I levelled myself up to Chaos Level 4, and then went for the farm. I have managed to get a total of 6 Buffmeisters till now. 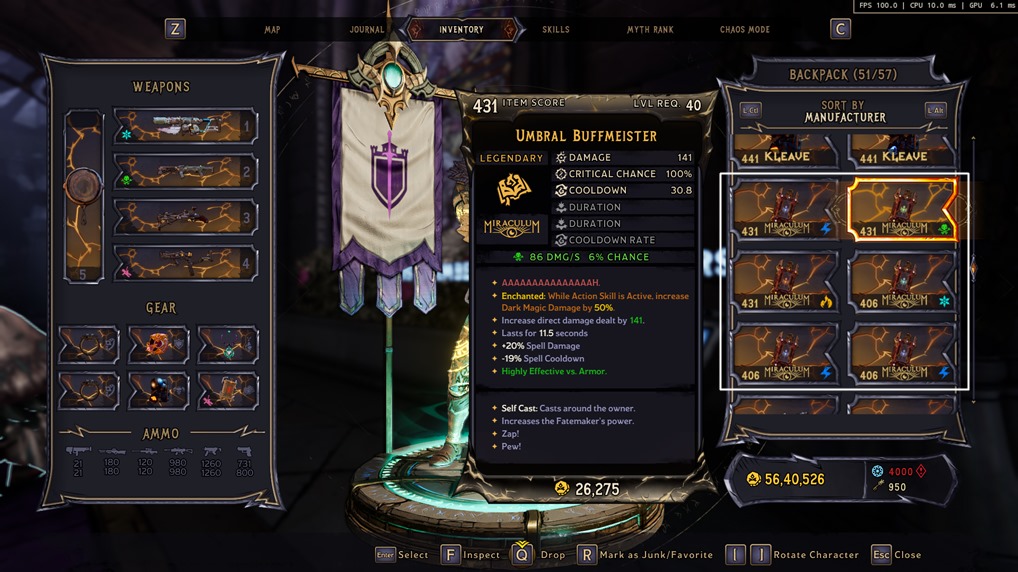 You can also do Extended Chaos Runs, and dump crystals on the “Spell Bunny”. This is what most people would suggest. But I think they take too much time. So it is completely up to you.

One thing you have to keep in mind, that World Drops in Wonderlands can drop randomly. In fact, you might end up getting them from normal enemies. The best way to farm World Drops, is to first increase your level to at least Chaos Level 5, then farm a boss, over and over again.