The most popular Looter-Shooter franchise is back. But this time, in the form of an RPG game. Tiny Tina’s Wonderlands is the latest Borderlands game, and it is finally available across all the major gaming platforms. Looking at the number, I would say that the game is performing decently. Of course, the player base is nowhere close to what it was when Borderlands 3 launched. But, as long as a game looks and feels like a borderlands title, the fans don’t care what the name of the game is. They will play it, regardless.

In this article, I am taking a look at the Twin Soul in Tiny Tina’s Wonderlands. Let’s check out what it is, and where you can farm for it.

Twin Soul is a Melee Weapon of the Legendary or Orange Rarity type in Tiny Tina’s Wonderlands. There are several variations of these Twin Soul Melee Weapons and the prefix and suffix of this weapon change depending upon the card that you get. It is a Swifft Weapon, and it comes in all the elements.

This is quite a simple weapon, and it doesn’t have any special animations or effects shooting out of it. Instead, it features two passive rolls for your sword, which include a Caustic and Rampage. Although we have also seen a combination of Echo and Vampire on a different Twin Soul Legendary Melee Weapon card. It’s a mixture of two different swords into one. Since it is a Swifft manufactured weapon it has one of the fastest swings in the game. It is an excellent weapon for your melee build. As we said this is one of the best melee weapons that are worth farming. The melee modifiers slapped onto the sword make it a really powerful weapon even if you come across hordes of enemies. 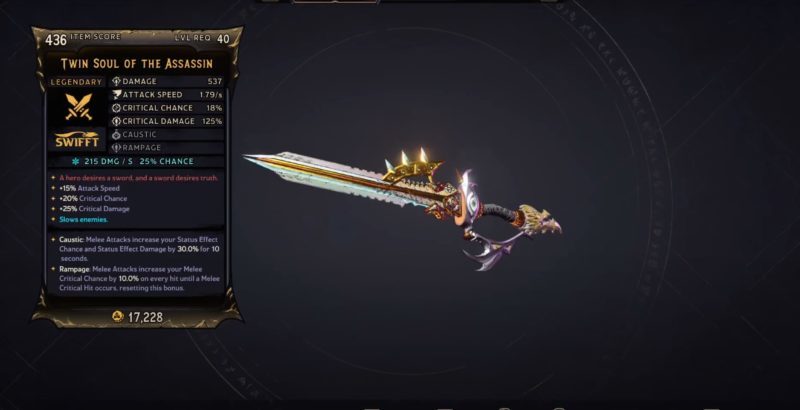 To get this Twin Soul Legendary Melee weapon you would have to push through the main story almost at the end of the game. You will have to head over to the Hall of Heroes at the Ossu Gol Necropolis. The location is marked on the map. The boss we will be fighting to get the Twin Soul Melee weapon is known as the Knight Mare.  This is one of the toughest boss fights in the game so make sure you come prepared with a good damage build to take him down quickly. 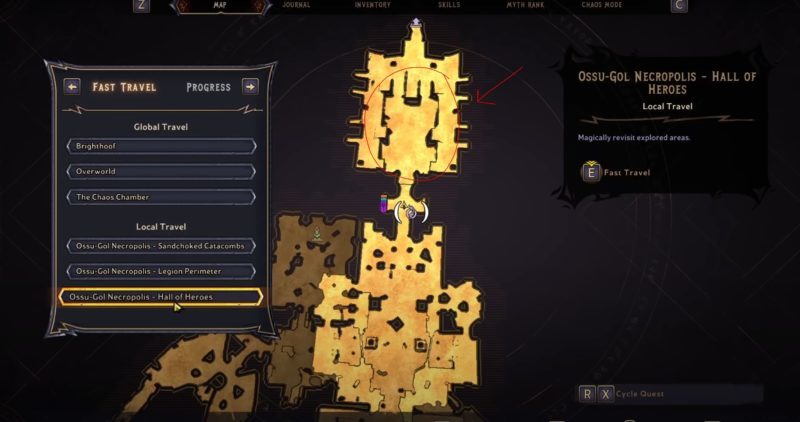 Knight Mare is the final boss you will face just before confronting the Dragon Lord. The Knight Mare is an enemy with the head of a unicorn and the body of a knight. You should reach the Max Level 40 before fighting this boss in the Hall of Heroes. The boss primarily deals melee damage. She comes with three health bars namely yellow, gray and blue and consists of two phases.

You need to deplete the first two health bars to enter the second phase of the fight. During the first phase, she primarily uses melee attacks with her axe. Keep your distance as much as possible. When she uses her charge attack tries to dodge it and continues damaging Knight Mare until her first two health bars are fully depleted.

On entering the second phase, she will adapt to ranged attacks in a blue colored form. The boss will teleport all around the arena while shooting out waves of electric energy and swinging a massive sized ethereal sword. Try to stay in the middle of the arena and continue damaging the boss. You will be surrounded by Skeletons throughout so keep them alive just in case you need to quickly earn a deathsave by taking down a skeleton. Also, try aiming for Knight Mare’s head as it is one of the critical and weakest spots of the boss. Slay the Knight Mare to receive the Twin Soul Legendary Melee Weapon. 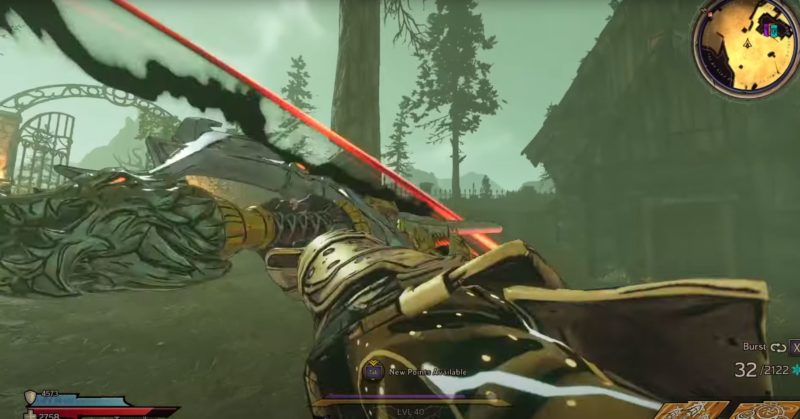