Gjallarhorn Destiny 2 – This guide will show you how to get the Gjallarhorn Exotic Rocket Launcher in Destiny 2.

Destiny 2 – How to Unlock Gjallarhorn

Destiny 2 players are extremely hyped at the moment. And, we all know the reason for that. One of the most broken weapons, in the Destiny history, is making its debut in Destiny 2. Yes, I am talking about Gjallarhorn, the Exotic Rocket Launcher.

If you haven’t played the original Destiny, then let me tell you. Gjallarhorn was one of the most powerful weapons back then. No matter what you throw at it. It had the power to decimate everything in its path. Due to the tracking rockets, it was suitable for both PvE and PvP. And, who could forget Gjallarhorn’s OP special perk, Wolfpack Rounds. It allowed the rounds fired from this weapon to split into tracking cluster missiles upon detonation of the main round. This weapon was a must for every high level activity back then.

Now that it is back with the Destiny 2 30th Anniversary Event update. The Destiny 2 veterans are rushing to get their hands on this sweet Exotic. 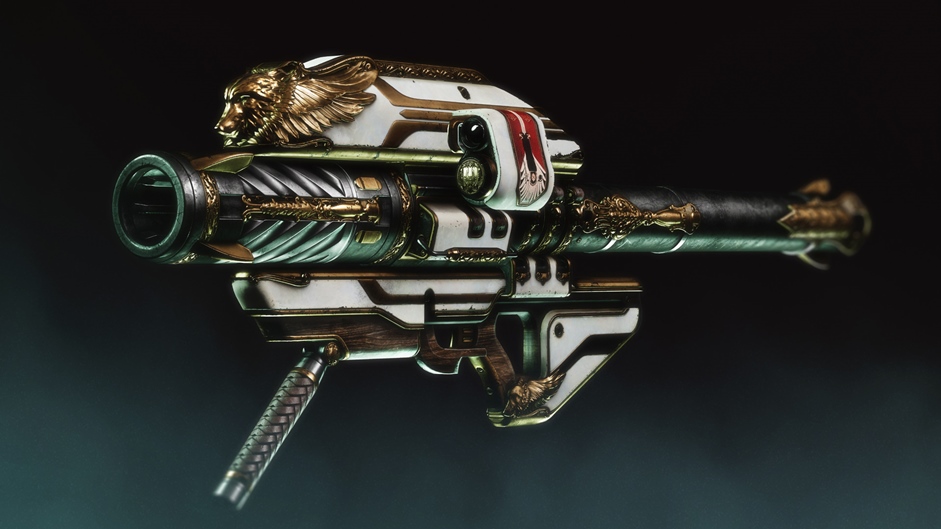 I am seeing a lot of Reddit posts where people are asking whether the Destiny 2 Gjallarhorn is as good as the Destiny 1 Gjallarhorn or not. To that, let me quote Bungie here:

Gjallarhorn has been carefully updated for the Destiny 2 sandbox.

So I am guessing, it is not as powerful as it used to be in Destiny 1. Now, the question is, how to get the Gjallarhorn?

How to get Gjallarhorn

The only way to get the Gjallarhorn in Destiny 2, is by purchasing the Bungie 30th Anniversary Pack for $25. Here is link to the pack.

I know, that a lot of players from the Destiny 2 community were hoping that it was going to be available for free users, as well. Unfortunately, that is not the case. Here is the list of rewards that is exclusive to 30th Anniversary Pack owners: 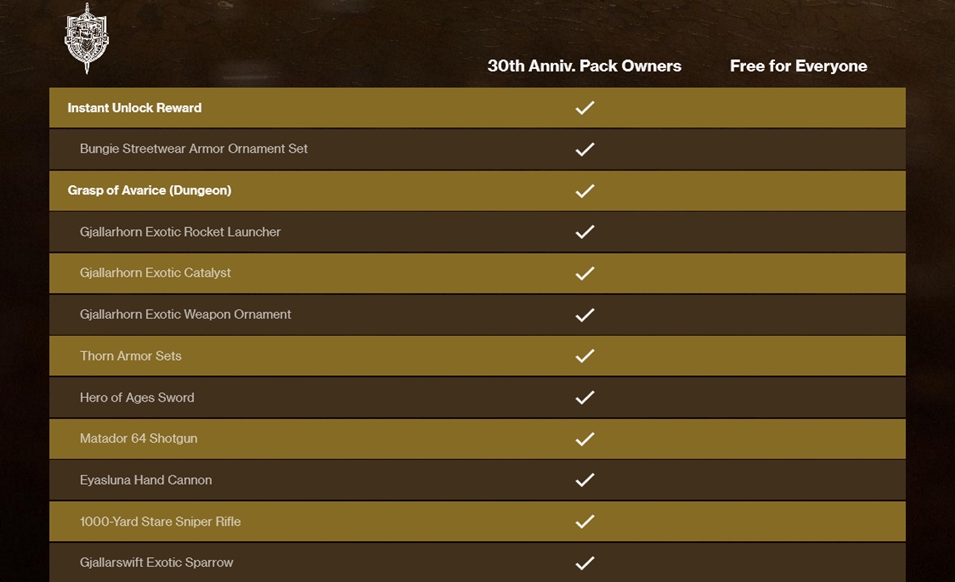 By purchasing the pack, you get access to the new Grasp of Avarice Dungeon, as well as the Gjallarhorn Rocket Launcher.

How to obtain the Gjallarhorn Exotic Quest, And Out Fly the Wolves

Now to obtain the Gjallarhorn Exotic Quest, And Out Fly the Wolves:

How to complete the Gjallarhorn Exotic Quest

Here are the steps to complete the And Out Fly the Wolves exotic quest:

In order to get the Gjallarhorn Catalyst, you need to have the 30th Anniversary Pack, obviously. Instead of writing down all the steps, I am attaching an extremely detailed video by YouTuber VoteforShifu. He explains and shows everything in his guide:

If you think this guide has helped you, then let us know in the comment section below. Also, if you have any addition to make regarding this topic, then also you can comment below. Good luck!