Personally, I love developers who like to give a taste of their games by introducing beta versions a month or two before the launch. And this is one of the reasons, I love COD so much.

The COD betas have been helping me decide whether I want to buy the game or not, for a very long time now. In fact, this is one of the events that I wait for the entire year.

I don’t think there is anything wrong with that, as the COD betas normally tend to reveal a lot about the games. 9 out of 10 times you would be able to decide whether you are going to purchase the COD game of the year, by just playing the beta. And Modern Warfare 2 is no different.

People are thoroughly enjoying the MW2 beta, and Infinity Ward has been getting feedback from all around the world. I am really liking the trajectory of Modern Warfare 2022.

This brings me to the issues of the game. I played the PS5 version first, and the experience was awesome. It was the Steam version where I started encountering a few bugs. One of them causes the game to go blurry or switch to very bad graphics.

Are you having the same issue? Let’s see if there is a way to fix the issue. 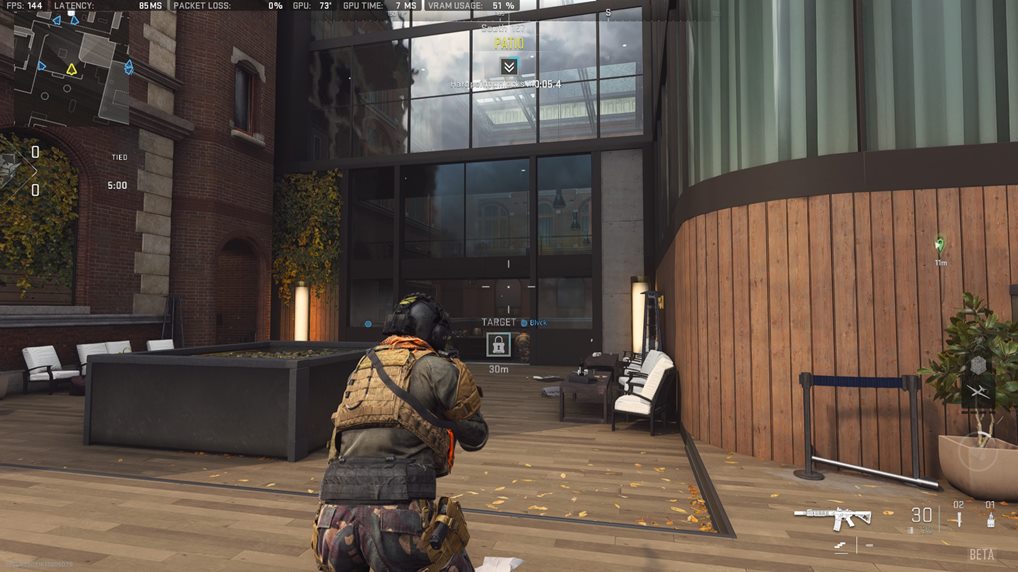 Let me tell you, this mainly happens when you minimize or Alt+Tab out of the game, or there is a pop-up in the background of your Windows PC. When that happens, this game starts thinking of itself as a Background Process. And since, Windows, by default, is set to not allocate a ton of resources to background processes. Modern Warfare 2, unable to borrow enough power, downgrades the quality of the graphics.

How to fix the Blurriness

If Modern Warfare 2 has suddenly started appearing blurry for you, don’t panic. The fix is quite easy. All you need to do is:

I have a video for you peeps, in case you want to check it out, whether this works or not:

If you think this guide has helped, then let us know in the comment section below. And for more awesome Modern Warfare 2 guides like this, keep an eye on Frondtech. We will be covering every single technical issue and bug of the game. Good luck!