Evil Dead Crossplay – Evil Dead The Game is finally here, and looking at the stats, I would say that the game is doing quite well. It is a Survival Horror AAA title from Saber Interactive, based on the Evil Dead Franchise published by both Saber Interactive and Boss Team Games.

Evil Dead is an asymmetrical multiplayer game that features both Coop and PVP modes. There is a wide range of maps in the game, and it also includes the famous Cabin in the Woods from the Evil Dead Movies. You will also be getting a wide variety of weapons, including Ash’s chainsaw and the broomstick.

Now that the release date is close, there is a common question in the minds of a lot of people who are looking forward to buying this game. Does Evil Dead the Game feature Crossplay? Well, this article will guide you on whether you will be able to team up with your friends playing on a different platform while playing this highly anticipated game that perfectly fits the Coop Horror experience. 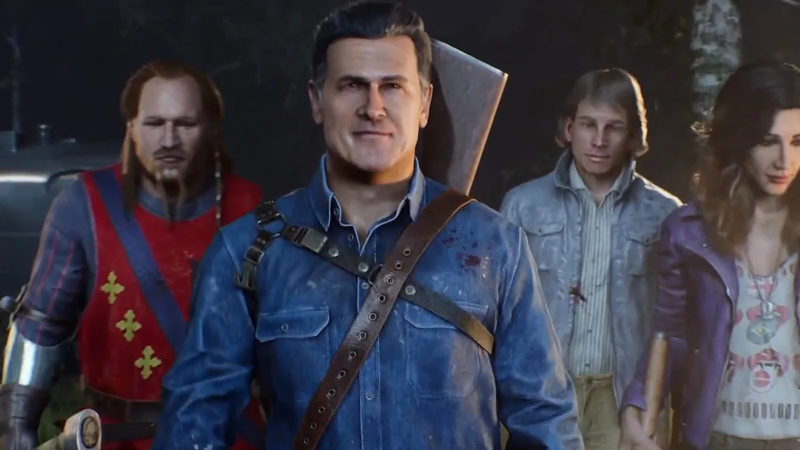 As announced on their Twitter handle, yes the game is set to fully feature the Crossplay between the PCs and the Consoles from the launch date itself. It means that even if you or your friends are not on the same platform (PC or Consoles), you can still play the game together.

Right now we are not sure about the problems that might arise because of this Crossplay feature, and it is yet to see how Saber Interactive handles these.

I hope the developer gives us that option to do that. But it is also worth getting a chance to play with more people because of the Crossplay support.

Earlier the game was delayed to further polish the Single-player mode which was announced along with this. The main focus of the game is still Multiplayer, and it is intended to take on the game with either your friends or strangers.

Currently, we are not sure about the size of the quests yet, but it won’t be taking too much away from the main intention of the game.

So having a Crossplay feature would allow you to either complete Story questline missions or you can play multiplayer PVP 4V1 even if you and your friends are on separate platforms (i.e. PC or Consoles).

So this was all about will Evil Dead the Game features Crossplay support or not.