The NBA 2K23 has been released on September 9, 2022, developed by Visual Concepts is a basketball simulation game that is based on the National Basketball Association(NBA).

It is published under the 2K series and is set to be the 24th installment in the NBA 2K franchise. It will be succeeding NBA 2K22.

The Jordan challenge was initially added in the NBA 2K12 which allowed players to compete against the CPU or let’s say, Bots in various eras. The game contains various editions, namely WNBA edition, Digital Deluxe Edition, Michael Jordan edition, and The Championship edition.

The Jordan challenge is contained in the special game mode in NBA 2K23 where players can take part. It will bring back the challenges of 2K11’s ten challenges and additionally five new challenges are also to be included.

These challenges will be in every edition of the game and hence one can play the new challenges as well as replay your favorites from more than a decade ago. It will be a chance for Jordan’s fans all around the world to play and witness moments in history that defined his greatness. These moments, when played through, would unlock starts to then purchase rewards with. 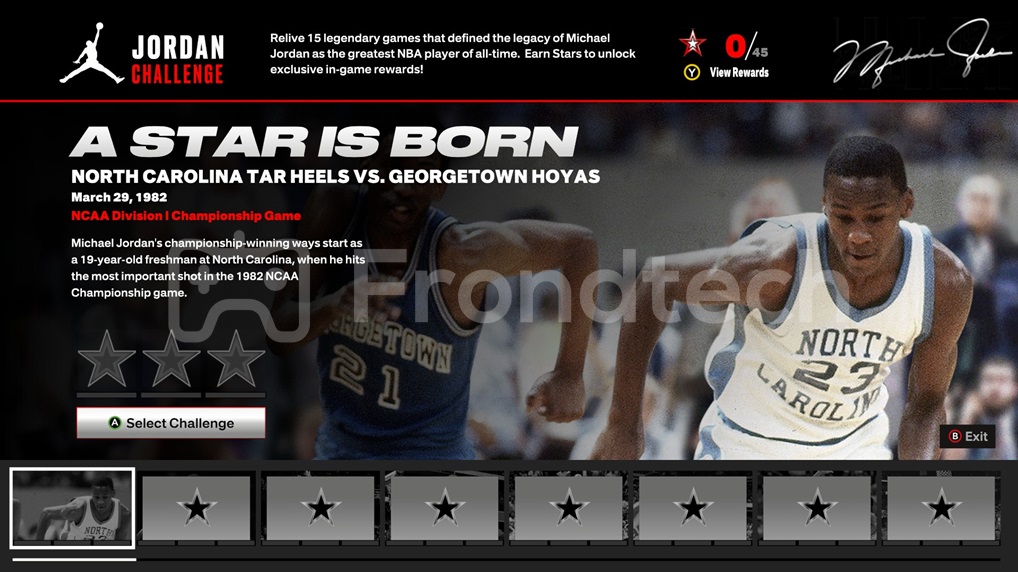 So, exactly what all rewards will be there in the Jordan challenge?

The main screen of the NBA 2K23 would contain the Jordan challenge. Once this game mode is selected, it will take you to different moments of Jordan’s career, which you can play through.

While doing so, you can earn up to 45 stars. The rewards are “Jordan themed” which can be bought with the help of these stars. To unlock the rewards, however, you need to reach 40 stars. There are two modes, namely My CAREER and MyTEAM and both of them become available to you once you reach this level.

The rewards for MyCAREER Jordan challenge are :

The rewards for MyTEAM Jordan challenge are:

That pretty much sums up all that we had on NBA 2K23 Jordan Challenge Rewards.