Iron Weapons V Rising – V Rising is an indie survival game, where you start your journey as a weak vampire without much power and weapons. It is your main objective to “survive” and make your way to the top, by gathering all the best weapons, gear, and powers in the game.

One of those vital resources, Iron, in V rising, is an essential component as it is used to make Iron weapons. Players can obtain it by gathering Iron Ore in mid-game areas and forging it into full Iron Ingots with the Furnace, after which it can be used for crafting weapons of Iron.

Iron Ore is often found in Haunted Iron Mine on the southern side of Dunley Farmlands. You could also possibly find random Ore “veins” dotted around random areas of the map, precisely on the East side of the Cursed Forest; however, this isn’t a reliable source of the same, also, the amount of Ore obtained probably wouldn’t suffice. That’s why we recommend going for the Haunter Iron Mine in Dunley farmlands. 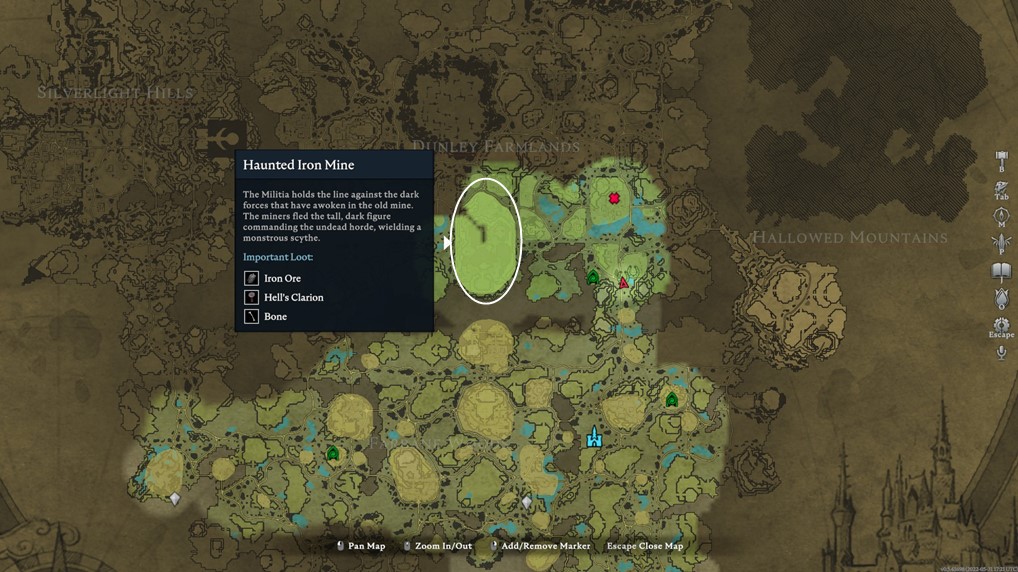 This isn’t just a walk in a park though, you might come across hard-to-defeat enemies, so it’s advised to go there if you’re level 35 or above. The more, the better. Another thing to keep in mind is that the Undead Commander (Level 49) roams around this area, but, like other bosses, his movement speed is quite low, so you should probably be able to outrun him with ease.

How to get Iron Weapons in V Rising

Iron is quite a useful resource in V rising as it can be used to craft fantastic weapons in V rising, as mentioned earlier (implied). Moving on, players can obtain Iron ore from Mid-Areas on the Map, this iron ore has multiple uses, we’ll be covering the most important one though. You’ll need a furnace if you want to make whole Iron Ingots out of it.

Now, to unlock the Iron Weapons in V Rising, you will have to defeat Quincey the Bandit King. Why so? It is because you’ll need an Iron Ingot recipe, which you’ll obtain after defeating the Bandit King. The Smithy, which uses Iron Ingot and Plank to manufacture Iron weaponry, is also unlocked. 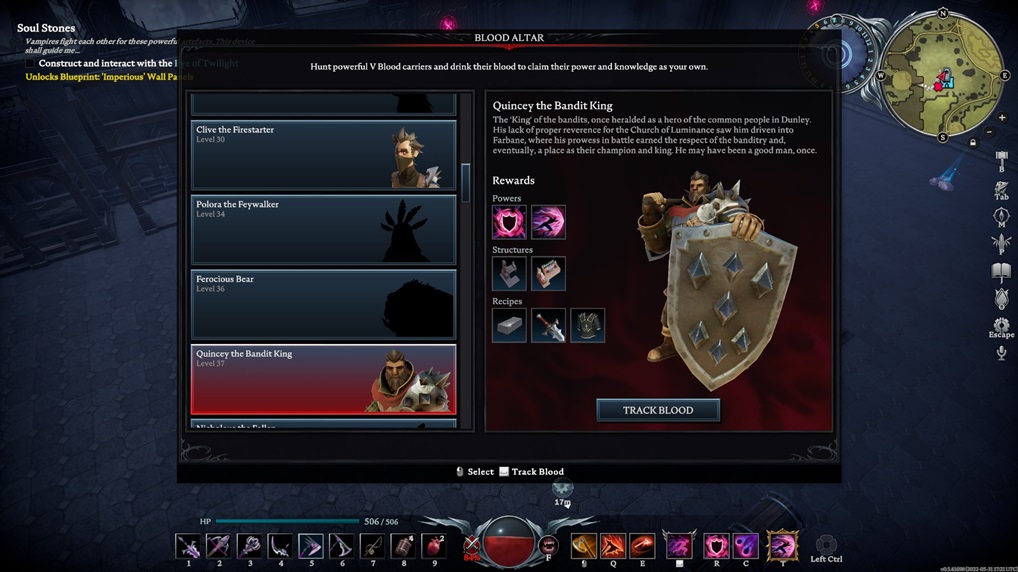 It’s not simple to bring down the Bandit King. As a result, try to work together with others or take him out with your tribe. Set up the production units and head out in search of Iron Ore once they’ve been unlocked. Return to your castle and input the Iron ore into the Furnace once you have it. Do something else in the interim because the process of creating Iron Ingot from Iron Ore is very slow. Take the Iron Ingot to the Smithy, and you’ll be able to build Iron weapons.

Moreover, In V Rising, acquiring the Smithy also unlocks two more weapon types in addition to the ones you already have. The Iron Reaper and the Iron Slasher are also included.

All Iron Weapons in V Rising

Here’s a list of all the Iron weapons you can construct, the resources needed to make all of these are basically the same, that is 20x Iron Ingots and 16x Planks. You can craft the following with these: