Commandment Stone Fragment – Rogue-like action-adventure game Cult of the Lamb was created by developer Massive Monster and released by Devolver Digital. For Windows, Nintendo Switch, PlayStation 4, PlayStation 5, Xbox One, and Xbox Series X/S, the game was released on August 11, 2022.

The plot of the game is a possessed lamb who is saved from death by a mysterious figure known only as “The One Who Waits,” and who then has to make good on their obligation by gaining a devoted following in its honor.

In order to achieve the absolute goal of this game which is to create a massive follower base and run a cult, the players need a number of resources, one of which is the Commandment Stone Fragment.

By this guide, we at frondtech will guide you as to how you can get these commandment stone fragments in the game “cult of the lamb”, but before we get into it, you must understand why is there a need for it.

How to get Commandment Stone Fragment in Cult of the Lamb 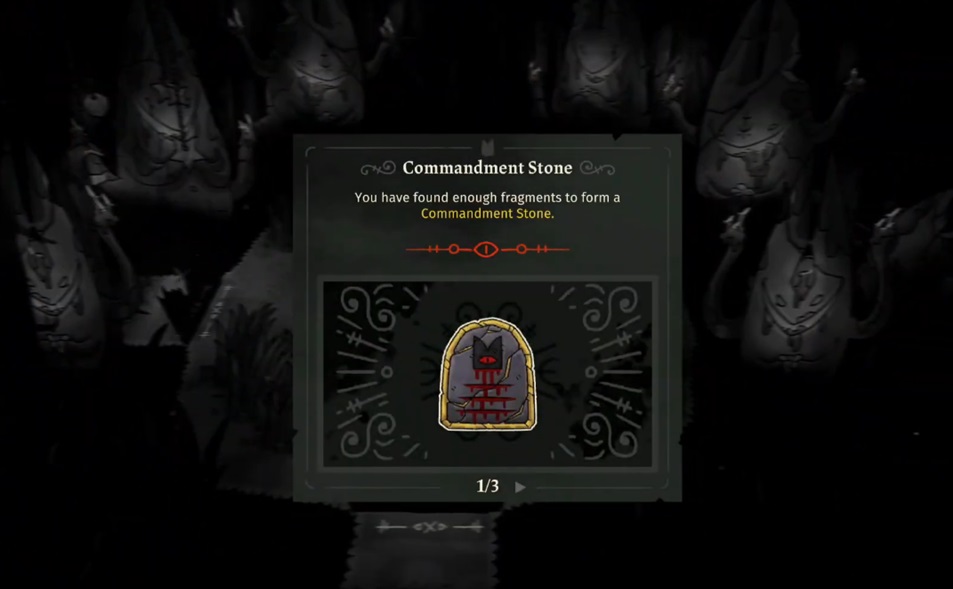 There are a handful of ways you can obtain these fragments, listed down below:

Once you’ve got 3 fragments, you can use them to craft the stone and hence increase devotion of the followers eventually.

That’s pretty much everything you needed to know about the Commandment stone in the game cult of the lamb.