The plot of the game is about a possessed lamb who is saved from death by a mysterious figure known only as “The One Who Waits,” and who then has to make good on their obligation by gaining a devoted following in its honor

As the main plot of the game itself is building a devoted following, via this guide by Frondtech, we’ll explain how you can increase your following in the game “Cult of the lamb”.

How to get more Followers in Cult of the Lamb

Fighting in Cult of the Lamb is not particularly very intense, rather, it is an enjoyable game that helps the players unwind. Here, the players’ main duties are creating their Cult and overseeing Followers.

In this game, you can strengthen your Cult by including practically any animal. But first, you need to understand how to add Followers. Followers won’t instantly join your cult. You must persuade them to support you. Here’s what you need to do in order to achieve this. 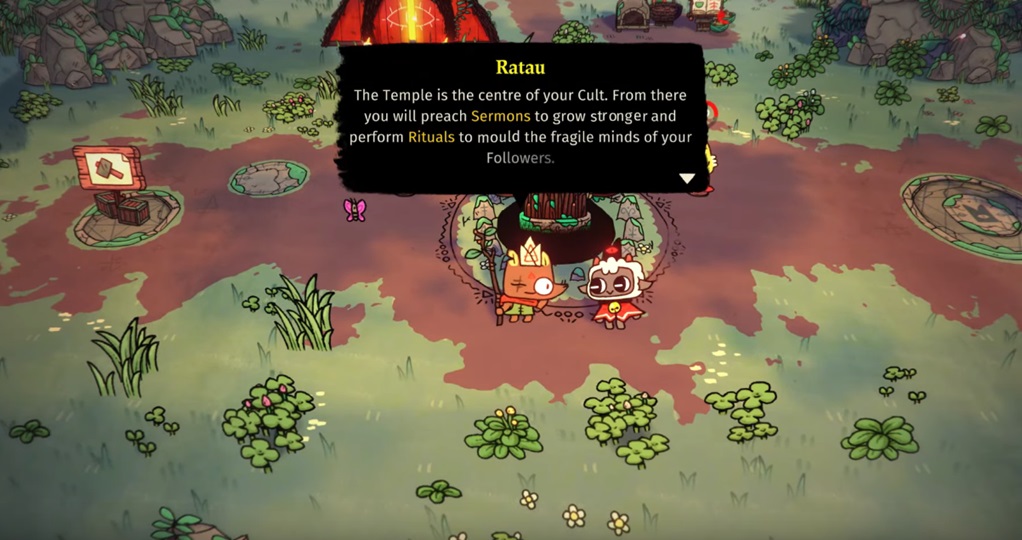 To increase your Followers, you must travel to several areas after gaining your first few Followers in order to save the animals that are about to be sacrificed at altars.

Fight the cultists to let the animals free. These animals will then be impressed by you and voluntarily join your cult.

There’s also a secondary way to earn followers, which is that you could purchase them. Followers are available for purchase from the Spider seller. Throughout your trip through many levels and locales, you will come across this dealer several times. He sells animals that you can purchase to join your cult.

Eliminating the Heretic creatures at the end of each run is another way you can gain followers. Beat them when you come across them. These monsters transform into adorable baby replicas of themselves after being defeated. After a loss, they become dejected, so approach them and talk to them. By doing this, you’ll be able to return to your base and take them into your cult.

Lastly, you’ll come across a variety of animals as you travel and complete assignments. If you like, you can include them in your cult. One thing to note is that these random animals can only be discovered on the dungeon maps.

These are the strategies for growing the Lamb’s Cult. Your Cult grows in power as you gain more members. However, make sure you have enough food and beds for them before inviting additional Followers. They will rebel against you if you don’t, and your allegiance will suffer.

And that pretty much sums it all up, that was all about how you can gain followers in the game Cult of the lamb.