Here are the methods you can try if The Callisto Protocol won’t launch or is crashing on your PC.

After much anticipation, the awaited “Dead Space Sequel”, Callisto Protocol, is out across all major gaming platforms. The game does come with some technical issues. But, that is expected from game releases nowadays.

Some PC players are facing an issue where The Callisto Protocol won’t launch for them via Steam.

The game stops responding after they press the “Play” button on Steam. Callisto Protocol is also crashing for some users. Though a few are being able to start the game, it crashes after a few seconds, and for some Callisto Protocol is straight up crashing at startup before they even make it to the main menu.

The good thing is, that many people from the community have already recommended some fixes for that. Check them out. 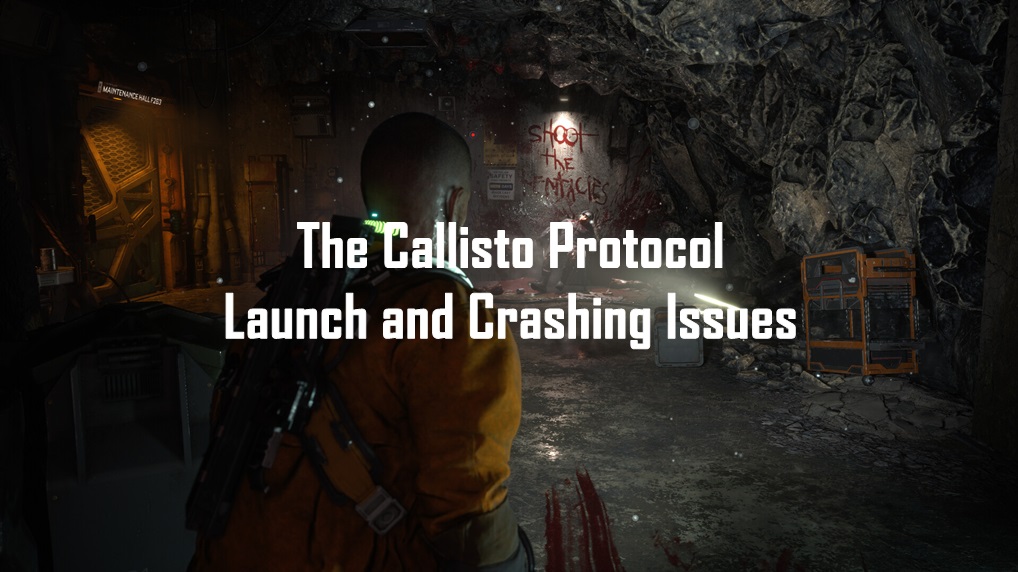 Have you checked out the system requirements of The Callisto Protocol, and made sure that your hardware specifications can support the game flawlessly?

Here are the officially recommended PC requirements for The Callisto Protocol:

And here are the Minimum Requirements:

As you can see, the game requires you to have something that is similar to the RX 5700 or the GTX 1070. If you ask me, those are not entry-level GPUs. Also, SSD is recommended.

Callisto Protocol, unlike the Dead Space game, is one game that does not support DX11. You need to have DirectX 12 in order to start this game. Also, if you are on Windows 7 or 8.1, then there is no point in reading this article. To check the DirectX version on your system:

If you are still sitting with Windows 7 on your PC, I highly recommend upgrading to Windows 10 64-bit. I am using the latest build of Windows 10(Version 21H2, Build 19044.2251), and I haven’t had any issues launching the game on any of my three PCs.

AMD has released their GPU driver for Callisto Protocol. The version is Adrenalin 22.11.2 Optional. You can use AMD Auto-detect to download the driver, or you can go to this link, choose your GPU, and download the driver best suited for your GPU. Check out the release notes:

Nvidia has also released a new Game Ready Driver. The version is 527.37. You can download it from this link or directly via GeForce Experience.

People often don’t realize how many apps or services tend to run in the background of their Windows PC. And sometimes, one or two of them, end up showing incompatibility with other apps.

For me, the Razer Central app was causing crashes in Overwatch 2 for weeks. And I couldn’t figure it out. You need to find such applications and close them. Here is how to do it:

In the process of trying to start The Callisto Protocol, if you are getting errors like “vcruntime140_1.dll missing” or “MSVCP140.dll was not found”. Then, you are missing the correct version of Visual Studio.

Please try downloading and installing the latest version of Visual C++ redistributable, as there’s a chance it hasn’t been installed correctly.

You won’t believe me when I say this. But Anti-virus softwares are one of the biggest reasons for crashes and launch issues in games, nowadays. The problem is, Anti-Virus software, these days, hook very deep into user systems. Some even ask for access at Kernel level. And this can affect disk and network operations, which can cause games to crash, or prevent them from launching.

Some games also use copy protection technology that can appear as malicious software to an AV scanner, resulting in potential false-positive alerts.

Try disabling your Anti-Virus software temporarily and then try to launch Callisto Protocol. It may also be necessary to add exceptions for the game in your AV configuration.

Fix #6 – Use the .exe file of Callisto Protocol to launch the game directly

Instead of launching The Callisto Protocol via Steam, go to the location where you have installed the game.

The Steam Overlay might be causing The Callisto Protocol to crash at start. Try turning it off.

Fix #8 – Gaming Laptop users, make sure your System is using the Dedicated GPU

You have to make sure that you are using the Dedicated GPU inside your system, and not the integrated one.

If your laptop is running on Hybrid Mode then turn it off. I don’t think I have to explain, how underpowered integrated GPUs are.

I was actually facing a similar problem with my Lenovo Legion 5 Pro. After purchasing the laptop and bringing it home, I realized that it is severely underperforming.

Some games were crashing left and right, and in some games, I was literally capped at 30 FPS, despite the laptop having a Ryzen 7 5800H and RTX 3060.

That is when I found the Vantage app on my laptop, and I disabled something called the “Hybrid Mode”, shown on the app. I restarted my laptop, and it immediately started giving me the performance that it is built for.

This issue is very common with gaming laptop users. If the wrong graphics processor is set on your GPU Control Panel, then considering how unoptimized Callisto Protocol it at the moment, it will crash every time.

If the issue you are facing is a serious one, then go to the Steam discussions page of The Callisto Protocol, and make a post stating your issues there. People are discussing similar issues there.

If you think this guide has helped you, then let us know in the comment section below. And for more Callisto Protocol guides, keep an eye on Frondtech. We will be covering every single technical issue of the game on the launch day. Good luck!