Looking for the location to farm the Golden Rule in Borderlands 3? Here is how to get it.

Borderlands 3 – How to get Golden Rule

Golden Rule is a Class Mod of the Legendary or Orange rarity in Borderlands 3. This Class Mod is exclusively for Amara and cannot be used on any other character. It is a new Class Mod that came with the Moxxi’s Heist for the Handsome Jackpot DLC, along with Green Monster, Seein’ Dead and St4ckbot.

So what is so special about the Golden Rule? Well, if you have an Amara and you don’t get to spam your ability enough, then this class mod is definitely for you. The Action Skill Cooldown Rate of your Amara will increase drastically as long as you are taking damage. And the best part is you don’t even have to wait for the enemies to damage you. You can self-damage yourself with any weapon and your ability would be ready in no time.

Lets take a look at the description of the Golden Rule Class Mod (Level 50): 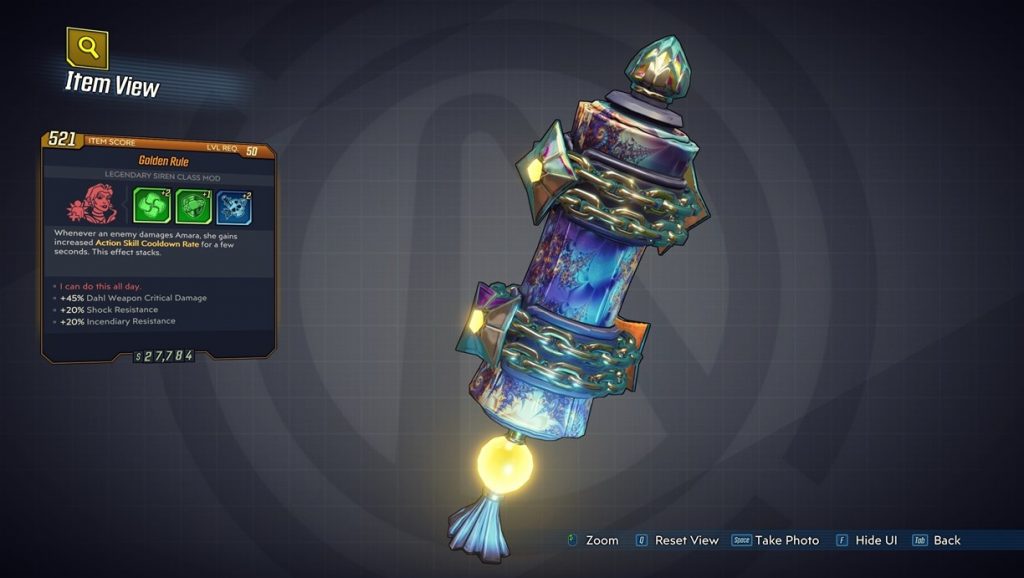 Whenever an enemy damages Amara, she gains increased Action Skill Cooldown Rate for a few seconds. This effect stacks.

Now, the good thing is the Golden Rule class mod does have a dedicated drop source. If you want to get the Golden Rule then you will have to go and farm the boss Jackpot. You should probably know by now that Jackpot is the final boss of the Moxxi’s Heist for the Handsome Jackpot DLC and you can find him at the VIP Tower at The Handsome Jackpot. You don’t need to be on Mayhem 4 difficulty, but Mayhem 4 does have better drop rates. 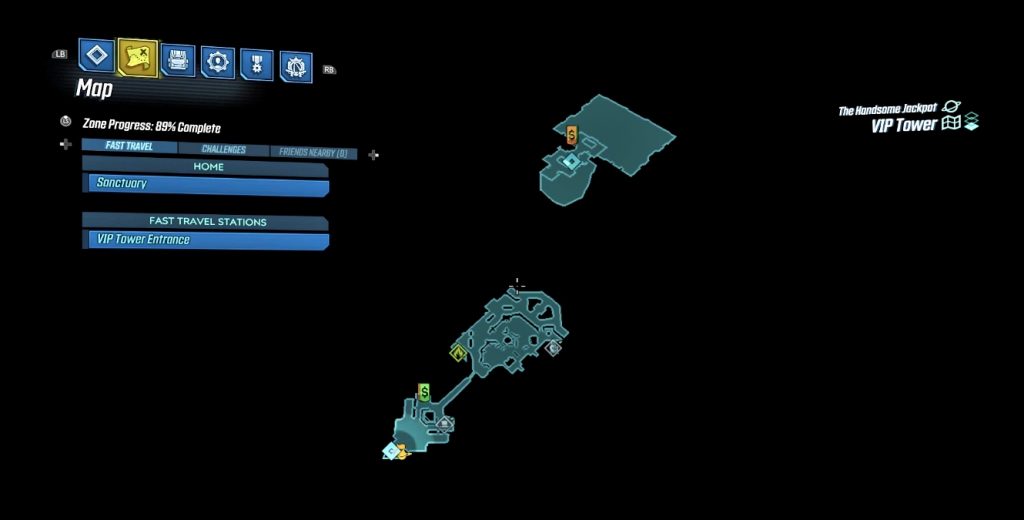 One thing you have to remember that the Golden Rule is one of the Class Mods that are exclusive to the Moxxi’s Heist of the Handsome Jackpot DLC. Which is a paid DLC. So in order to get this weapon you have to either get the Season Pass or get a Super Deluxe Edition of the game or buy the DLC separately(available at the Epic Games store).