Highlight interactable objects by holding the alt key. Containers are generally not highlighted.

Highlight creatures and characters by pressing the tilde key (the key left of 1). Enemies are red ; threats you can talk to are yellow ; friendlies are green.

By default, you can use the Middle Mouse Button or use the keys Delete / End. We recommend you change this to something useful like Q and E.

Switch characters easily by pressing F1 F2 F3 F4.  Even when in dialogue, you can switch character. This can open up various possibilities.

Before doing a Long Rest, consider that you can do a few Short Rests before. This is done with a button near the minimap (top-right). Almost all classes regain some features after a Short Rests and you heal a random amount of HP (modified by your Constitution modifier bonus).

Right-clicking offers options (for things under your cursor). This includes inspecting a creature to evaluate its capacities. It is also helpful for lockpicking.

Destroy objects, even chests, by holding the Ctrl key while you attack the object. Note this can destroy the contents (! at least in Early Access), so it is not recommended.

Moving characters separately out of combat

There are two methods: 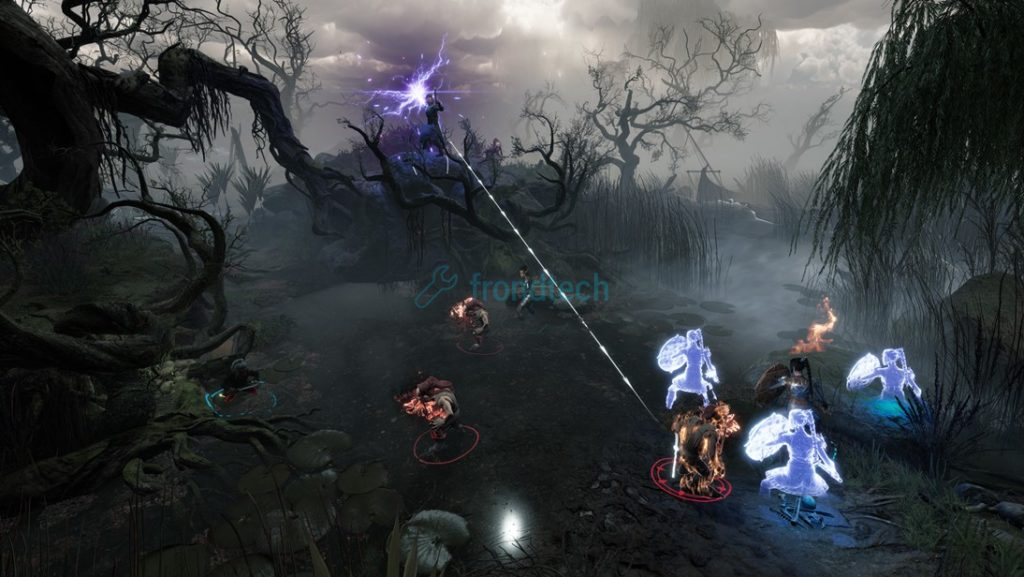 If you think this guide had helped you then let us know in the comment section below. Also if you have any addition to make regarding this topic then also you can comment below. And for more Baldur’s Gate 3 guides keep an eye on Frondtech. Happy Gaming!