AC Valhalla cannot save or fast travel – It looks like the save and fast travel featured is bugged at the moment in Assassin’s Creed Valhalla? Is there a fix? Let’s find out. 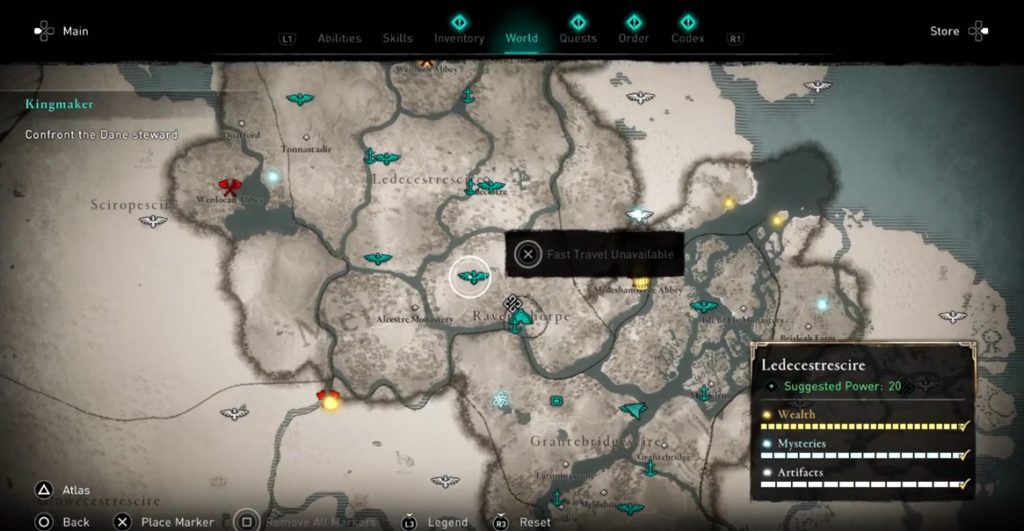 Contents hide
People are unable to Save or Fast Travel in AC Valhalla
What is this bug all about?
How to fix this bug

People are unable to Save or Fast Travel in AC Valhalla

A lot of posts have suddenly started popping up on the forums, where many people are claiming that they cannot save or fast travel in the game. The bug wasn’t there before the Patch 1.0.4 and the problems appeared immediately after updating the game.

There are plenty of posts about this bug on the forums, with more being added every hour. Lets take a look at what players are saying. The guy who was the first to post about this bug had to say this :

I am in Ravensthorpe settlement just updated game and launched.. now cannot fast travel or save. But if I go to Asgard through Seer’s hut , I can save there.. But when i return back to England again I cannot save / fast travel

A lot users took the time to quickly reply to this post. Here is a word from another user:

Same problem here, in Asgard saving and fast traveling works but when you go back it wont work. Looks like a problem with the base game after the patch.

Fortunately, a lot of users have managed to fix this issue without any patch from Ubisoft. Forum user /Vallejowatts was the first to post a fix, here is what he recommended:

I had the same issue. I started a feast and it fixed it. Also heard that assassinating the straw dummies works

To which another user replied with a completely different fix:

For me, speaking to Petra in camp fixed it. (just opened and closed the communication and got no name “quest completed”)

But there was one user for whom none of the fixes mentioned above actually worked, so he posted what fixed his/her issue:

what DID work was the following

So there are multiple fixes for you to try here. You could obviously wait for Ubisoft to release a patch, but I wouldn’t recommend that. Because we all know how that is going to end up.

Here is a link to the original post, so that you can see what is going on in the community.