NBA 2K22 graphics settings – This guide will show you the best graphics settings for NBA 2K22, for low-medium end gaming PCs. You will have a smoother experience in-game, and it might also help you eliminate various performance issues like fps drops and stuttering, if you are having any, of course.

One of the biggest releases of 2021, NBA 2K22 is finally here. The game is doing extremely well on all the platforms combined. The console version is the better choice this time, obviously. Because the PC version didn’t get a next-gen release. So, NBA 2K22 on PC kind of looks similar to NBA 2K21. Yes, there are some new features that have been added. But the visuals are nowhere close to the PS5 version.

Anyway, I don’t have much to say about NBA 2K22 PC, as there is not much change in graphics. I did see some extra gameplay features that aren’t present in 2K21. But since, this article is all about graphics, I don’t see a reason to talk anything else.

Now let’s talk about how the game runs on PC. This runs just like 2K21. I didn’t face any performance issues on my RTX 2060 and RTX 3070 then, and I am not facing any now. But I can understand that not everyone is sitting with a high-end rig. It looks like some players are experiencing some performance related issues in NBA 2K22. That is why I decided to make this graphics settings guide, catered towards the users with low-medium end rigs. Let’s check out the guide now: 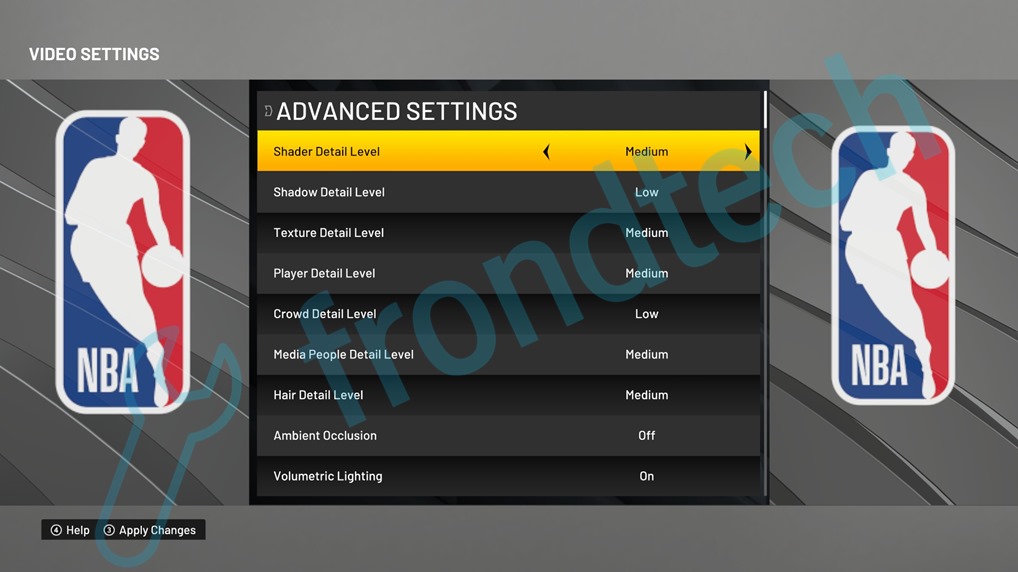 As you can see, keeping the Floor Reflections ‘On’ was a good idea. It is one of the biggest aspects, when it comes to the visuals of NBA 2K22. You can keep everything else on low, and you won’t even notice a thing.

My in-game fps was hovering somewhere between 90-100, and I don’t remember experiencing fps drops during the gameplay. Even if you have a GPU that is weaker than the 1050ti. For example, GTX 1050. I don’t think you should have any problem getting decent performance in the game.

If you think this guide has helped you, then let us know in the comment section below. And for more NBA 2K22 guides, keep an eye on Frondtech. We will be covering every single technical issue of the game on the launch day. Good luck!