If you ask me about my top 10 games of all time, The Witcher 3 will always be on my list.

In my opinion, it is one of the best RPG games ever created, and the reason why even today the game continues to get thousands of active players, is that no other game has been able to replicate the experience that The Witcher 3 offers.

That is why when CDPR announced that Witcher 3 is going to get a next-gen update, we got super excited. I mean, when most devs abandon their game just after a year, Witcher 3 is getting a big update almost 8 years after its release.

The 2022 next-gen update for The Witcher 3 mainly brings graphical changes to the game. Things like Ray-tracing, DLSS, HD Textures, etc. have been included. But the update has also brought a couple of issues as well.

People who have been playing Witcher 3 for ages without any issue are suddenly facing crashes. Worse, the game won’t even launch for some users. I guess this is a price that we have to pay for the game to be next-gen.

Anyway, I searched a ton of forums and came by some posts where users have claimed that they have managed to fix the crashes through certain methods. Lets see what the methods are:

The first thing you need to try to fix the crashes is downloading the Version 527.56 Game Ready Driver from Nvidia. This driver has been released specifically for the next-gen update of Witcher 3, and should help you prevent the crashing and launch issues. You can download the driver from the link below: 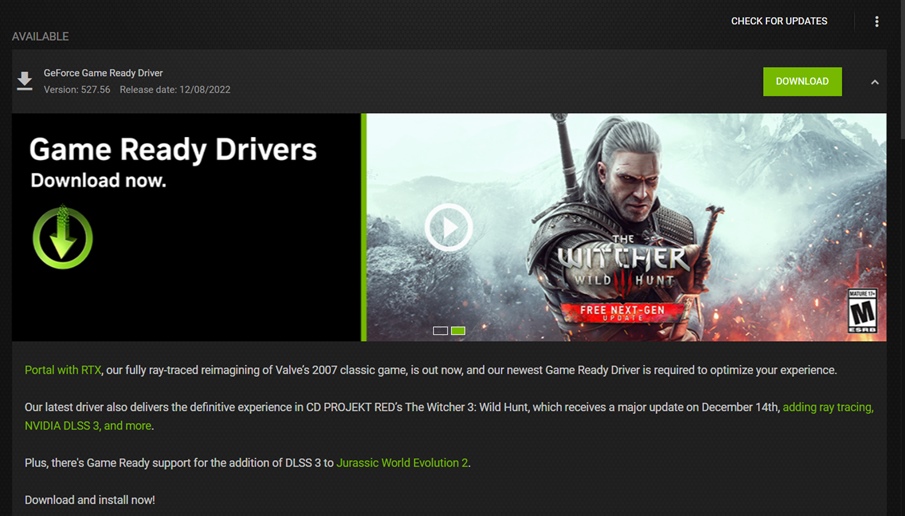 Radeon users, don’t worry. AMD has also released a driver for The Witcher 3: Wild Hunt Next-Gen Update. The driver is Adrenalin 22.11.2 Recommended (WHQL). You can download the driver from the link given below:

If the driver updates don’t end up helping you, then you need to ensure that you don’t have any mods installed. People who downloaded the update over their modded copies of The Witcher 3, were facing crashes left and right. Check out this post from a Steam user:

Found a possible solution before crash now 90FPS
Ok first of my specs because I belive that is also a huge part of the solution in my place here.
As text:
CPU: i7-13700K @3.40Ghz Base takt [up to 6.7Ghz boost]
RAM: DDR5- 32GB 5600Mhz
GPU: 3090Ti (MSI After Burner with Curve)
MB: MEG Z690 ACEIngame settings:
Everything on Ultra +
Raytracing on (everything raytraced)
Hairworks OFF
everything else on
DLSS on Performance
3440×1440 Resolution Ultrawide I belive it is UWQHD ?

What was my problem before:
Game crashed ad every starting try on DX12

What did I do?
I realized I still had some mods and mod merger installed Extension script etc. That messed with the game files uninstalling all Mods trhough Vortex and then uninstalling wticher as well as deleting the Folder in steamaps [that still had 100Mb of mod files)
Let me boot into the game on dx12 without a problem.
Maybe check if you have a mod or script extender (Nexus default installation for witcher 3 mods) still in the game. IT CRASHES the game as of now it seems at least for me.
This is my own persdonal experience but the game is now running perfectly fine without any problems my GPU is not at 60% but runs at around 91% and the CPU at 87%
My best FPS was 90 with an average of 86 and 1%low at 65 which is absolutly nice.
I have not tested any other settings jet. Loaded into an old savgame right before the city went in and out watched the water on ultra +
I am not sure if I could help someone with it but I hope the MOD problem is what crashes most ppl?

If you have no idea how to remove mods specifically, then I would advise you to do a clean installation of the game on a different drive. This trick has worked for thousands of people, and should work for you as well.

After doing a clean, if Witcher 3 Next-Gen is still crashing for you, then you have no other choice but to disable Ray Tracing and DLSS. You see, the integration of RT+DLSS is not perfect in this game. You have to realize that this game didn’t have Ray Tracing from the start. The devs just added it. You can pretty much call this update a Graphics Enhancement mod.

Therefore, this change might not sit well with every PC. There is already a huge post regarding this issue. You can check it out via this link.

So here is what you need to do:

If none of the methods mentioned above end up working for you, then try running the game on DX11 Mode. You can do that from the Witcher 3 launch. Select DX11 from the setting located beside the Play button on the launcher. 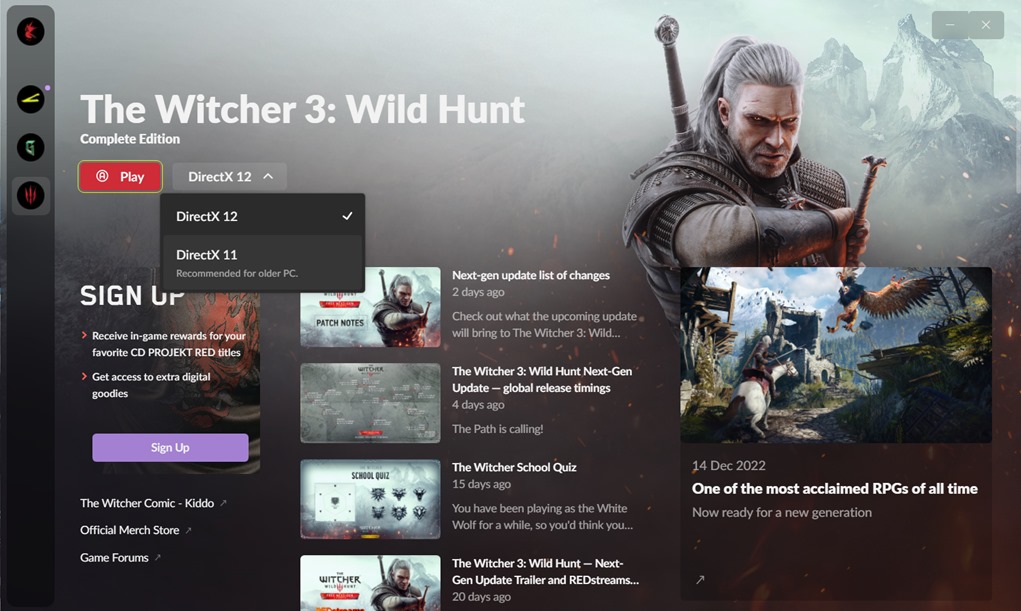 That is all I have regarding how to fix crashes in The Witcher 3 Next Gen 2022 update.