There are a lot of various items in the Dying Light 2 game. Some items provide customizations to your weapons, and can also make your weapon durable against the undead and the bandits. So in this article we’re going to talk about such an item or charm called the Korek, and where to get the Korek Charm in Dying Light 2.

Techland’s new game Dying Light 2 has already surpassed the popularity of its prequel. Since we are playing from the launch date itself, we can confirm it. The Dying Light 2 game launch has been huge, with over 150K players online on the Steam platform. Although you might face some startup issues, you can address them here. But with recent patches, the game is performing well. The game is more about completing missions and objectives while parkouring on the rooftops and taking down zombies and bandits. This new Dying Light 2 game also has its very own stealth elements built-in if you want a much quieter approach.

This game is primarily based on scavenging loot, much like the original Dying Light. You have to use special items, charms and scavenge supplies and consumables which can be acquired while doing the campaigns. One quick tip for all new Dying Light players out there, look out for weapon charms that not only make your weapon better but are durable as well, so you don’t need to repair the weapons much after using them. And today we are going to talk about such a weapon charm called the Korek.

So in this article, we will guide you on where to get the Korek Charm in Dying Light 2. 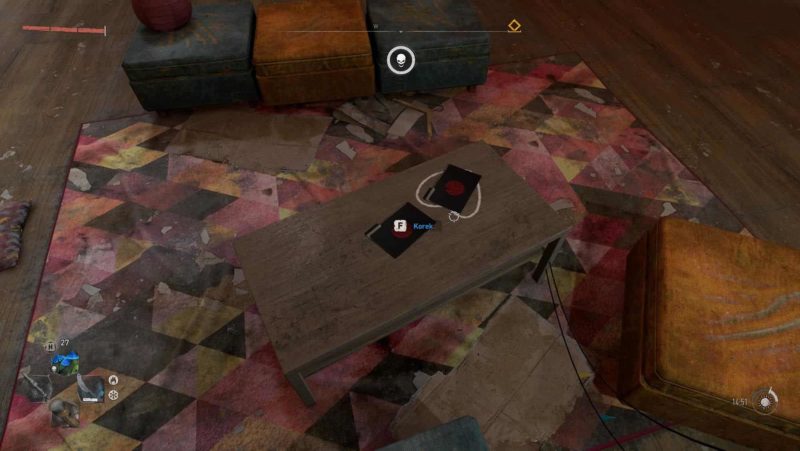 In this game, there is a developers’ room that you can visit. That room is said to be filled with special unlockable items. One of these items is the Korek Charm which will not only change the look of your weapon but also give +500 durability. A very useful charm for melee weapons.

To acquire the Korek Charm, you have to make your way to the developer’s secret room. I realized, it is actually hard to explain where the Secret Dev Room is actually located. So, I decided to include a very detailed video by YouTuber Z1 Gaming. Just watch the video, and you will get the idea:

Once you unlock this charm by picking it up. You can add these Korek Charm to any weapons you like as long as there is a charm slot in the weapons modify menu. As said earlier, when you equip this charm, it will add +500 durability, which makes the weapon repairable an infinite number of times without losing them in-game.

So this was all about “How to get the Korek Charm for your weapon.”. If you think this guide has helped you, then let us know in the comment section below. Also, for more guides on Dying Light 2, keep an eye on Frondtech! Happy Gaming!