Xenoblade 3 Ouroborus forms – The action role-playing video game Xenoblade Chronicles 3 was created by Monolith Soft and released by Nintendo for the Nintendo Switch.

It was released on July 29, 2022, and is a part of the Xenoblade Chronicles open-world gaming series, a subset of the broader Xeno series. The game’s plot is set in a conflicted world with a hidden evil, live to fight and fight to live. Join Noah and Mio on a moving journey to break the cycle of bloodshed as they represent the two opposing nations at the centre of this war.

In addition to its open-world exploration, Xenoblade Chronicles 3’s gameplay places a lot of emphasis on combat.

The third installment of the Xenoblade Chronicles brings in a new interlink mechanic on the table, which will give you a significant advantage in a battle.

The interlinking will allow two of your party members to accumulate and fuse to form a much more powerful entity known as the Ouroborus.

Once in that form, you can access the whole Ouroboros movesets and attacks. So this article will guide you about all the Ouroborus documents and what the different states do in Xenoblade Chronicles 3.

What do different Ouroborus forms do in Xenoblade Chronicles 3

Ouroborus is formed when two players in a party get fused using the new interlink feature. Once in this form, you can perform all the powerful movesets. But the catch here is that both the different states will have their abilities, but you will be able to perform the skills of that player who will be considered a dominant body.

The Ouroboros forms always match within their class, thus bringing a total of three pairings in a single party.

The main protagonists of the Xenoblade game are Noah and Mio. They both can fuse to become an Ouroborus form. The abilities will depend upon the dominant body within the party.

If Noah is the chief body, the state will have an attacking nature and focus mainly on the Offense. It can also deal massive damage while having a high chance of hitting a crit. 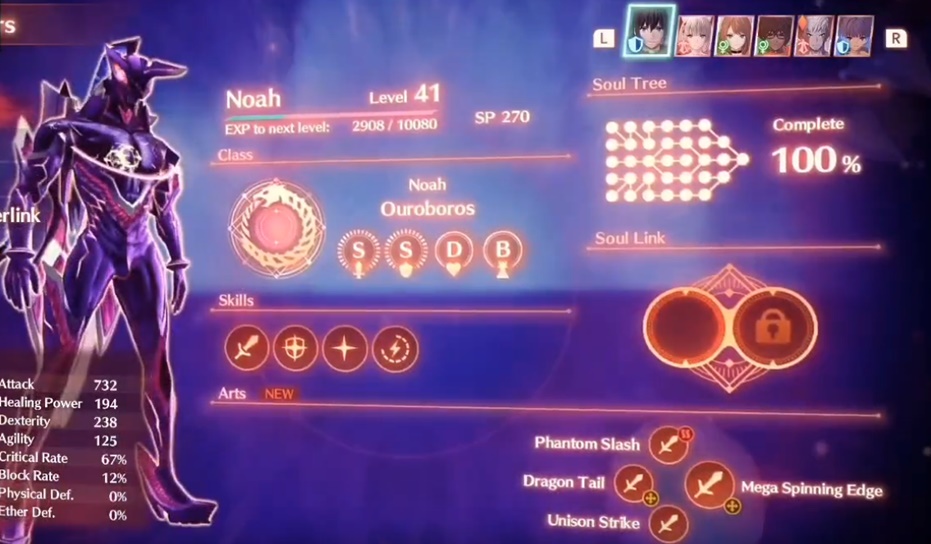 Mio, on the other hand, is also focused on mass destruction and wear but is more inclined towards avoidance and evasion.

The fusion between the Eunie and Taion’s Ouroborus form mainly focuses on the debuffs and status buffs rather than offense in the case of Noah and Mio.

If Eunie is the dominant body, the abilities will primarily be based on support and healing. It provides a significant boost stat for the whole party. 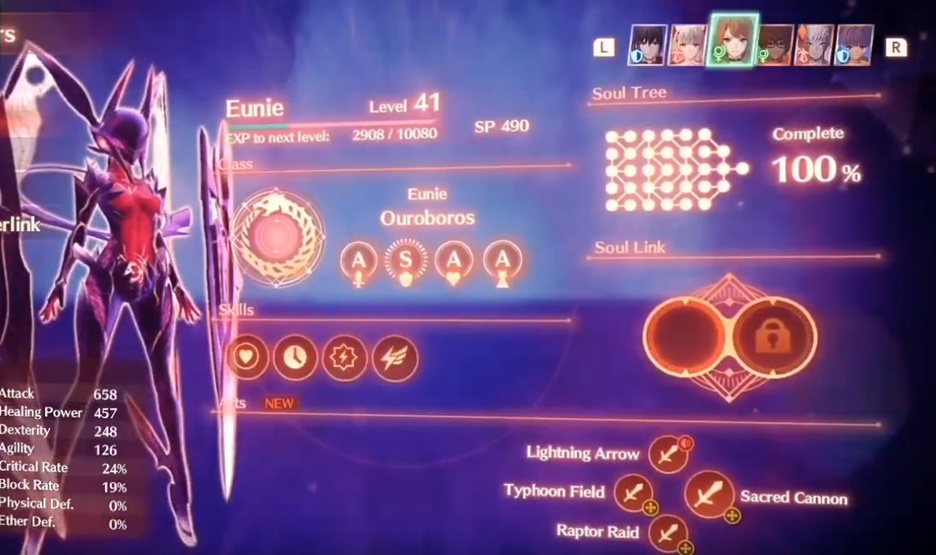 You can take a much more strategic approach if Taion is the dominant body. You will be able to apply status damage effects on the enemies, which will help you escape a tight, challenging situation. 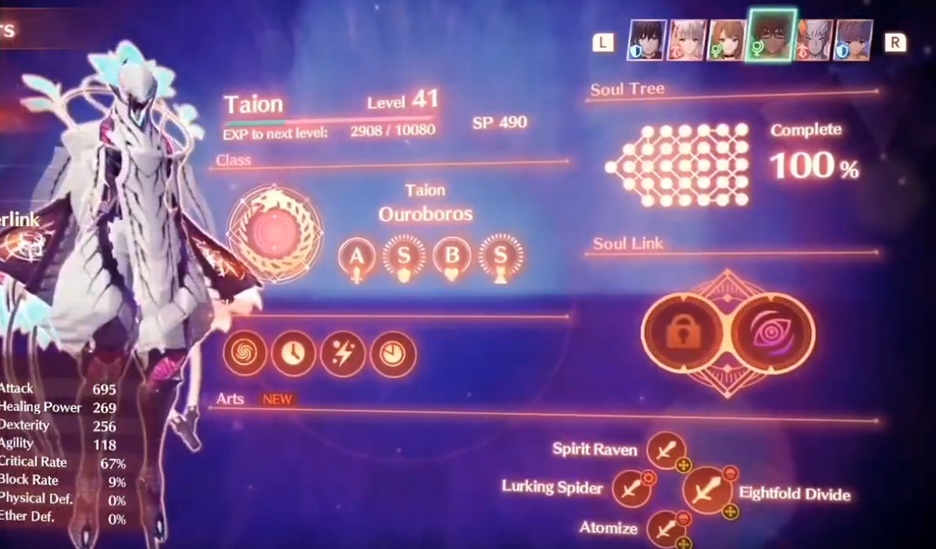 Sena and Lanz’s Ouroboros form mainly showcases their defense strategies and can help protect the game party against enemy attacks.

If Sena has the dominant body, it can deal massive damage and strategize a distinct advantage for your teammates because it can knock down enemies. 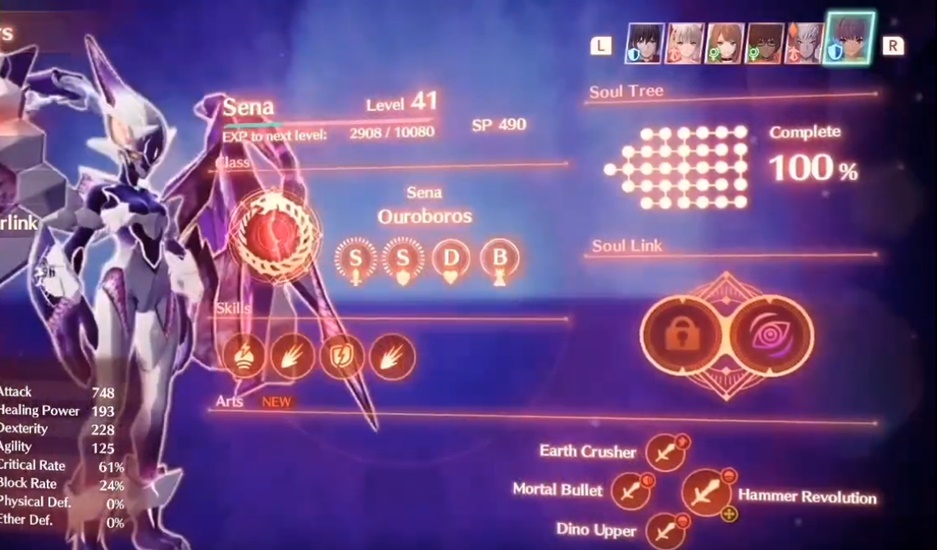 Lanz, when being the dominant body, mainly focuses on defense, and can come really handy when your team is getting showered with high-damage attacks. 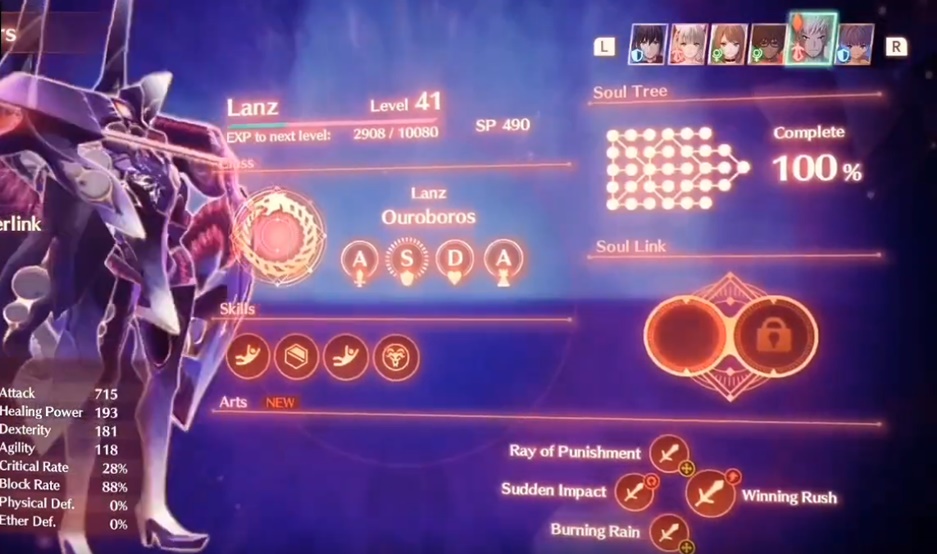 How to switch between Ouroborus Forms quickly

To switch to the Ouroborus form, you need to press the D-Pad. Pressing it will interlink the currently controlled player with another form of the same class to form an ouroboros. You can also switch your documents in the middle of the battle by pressing the D-Pad.

You will also be able to measure the time frame within which the Ouroborus forms will be active. Furthermore, you can check it by keeping track of the Ouroboros symbol, which depletes as time progresses. The soul points that you earn in the battle can help upgrade Ouroborus and you will be able to learn new stats as well

So that was all about what different Ouroborus forms do in Xenoblade Chronicles 3.