This Collectible is Volition’s in-game tribute to the Saints Row Community Manager. Mike Watson, a.k.a. IdolNinja, suffered 4th Stage Cancer and expired on the day the very first trailer of Saints Row 2022 was released. Because of his condition had to step down from the role of the Community Manager but continued working for the Saints Row 2 patches and other projects last year in May 2021.

Saints Row 2022 is finally available for all the major platforms. This action game was developed by Volition and published by Deep Silver. If you enter this action-adventure world, you may feel the vibe of GTA V, a cut-down version of the course.

Mike IdolNinja Watson was a Saints Row Modder who became famous after he had served a very successful period as Saints Row Gaming Community. During his last days, Watson wrote that it was his 100% choice to give his last few days to both Volition and Deep Silver as they were very supportive for all these years, and he was thankful for all allowing him to leave the project and made sure that they finish the Saints Row Reboot Project.

Mike then worked on smaller projects and continued working for Volition till the very end of his life. He was very loyal to Saints Row, and because of that, Volition showed their support by changing the name of an entire Skyscraper in the game to honor Watson and his loyalty with a beautiful fountain near the building. There is also an image of Idolninja with the tribute written on the plaque.

This article will guide you if you wish to visit the Watson Tower to pay your tributes to this legend.

Where to find Watson Tower and Idolninja Collectible in Saints Row 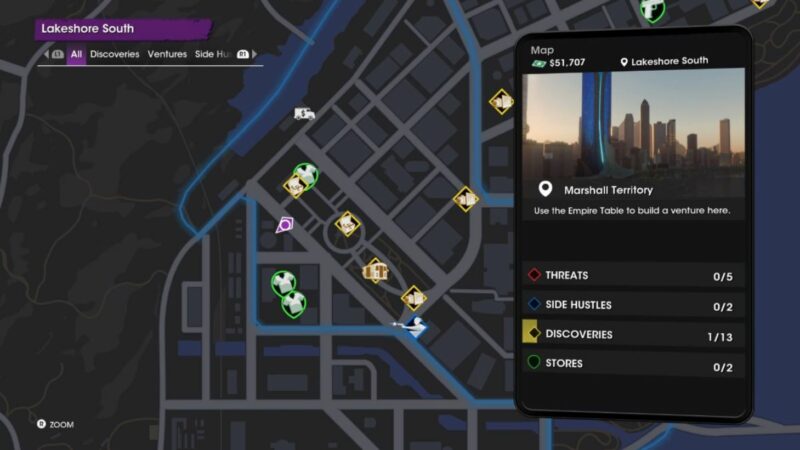 You will be able to find Watson Tower in the Lakeshore South. It is located between the Kiss Me Clothing Store and Impression Clothing Store. There is a block in between them where you will be able to find the tower. To get to the fountain, you need to head to the northeast side of the building. A plaque at the Watson Tower Entrance reads, “Mike Watson, Community Leader, Gentleman of The Row. Click a picture by taking out your Phone’s camera.” 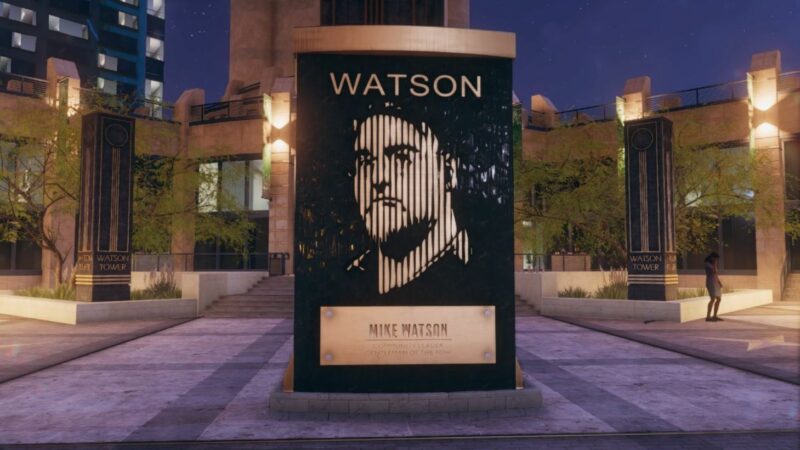 The mod which made Mike Watson famous was the Gentleman of the Row mod. It completely took his reputation to a different level. All he did was modding a specific port of the main game, which fixed many of the issues in Saints Row. The players found it helpful and highly essential and started talking about him on forums, and he became immensely popular. Not only that, but he also developed a lot of different mods for the Saints Row game and was a big name in the forums and the game community itself.

He will always be missed. A true hero!