While players who are using high-end gaming rigs are not facing as many issues, low-medium end users are experiencing some good amount of problems. That is why we decided to come up with a basic lag and fps issues fix guide that will show you some simple tweaks that you can try in order to fix the problems that you are having while playing the game.

First, you need to make sure that the lag you are experiencing is from the side of the software, and not from the hardware. If the hardware on your system is not capable enough, then there is no point looking at this guide.

Don’t get me wrong, Watch Dogs Legion is a really great game. But that doesn’t take away the fact that the game is fairly demanding. You need a processor that is as powerful as the i7-4790 or the AMD Ryzen 5 1600, paired with a graphics card like GTX 1060 or a RX 480 (6 GB VRAM) to run Watch Dogs Legions at 1080p 60fps, that too at medium-high settings. If you have a 1440p monitor, and you are looking to achieve 60 fps on that, then you need to have even better hardware than this. So if the game is lagging for you, make sure it is not because you have under-performing hardware.’

Now that you are sure that hardware is not the issue. Check whether you are using the latest drivers or not. This method is probably one of the most underrated methods of fixing performance issues in games. Yet, again and again, it has been proven to be one of the most effective ways of troubleshooting in games. We could not deny the fact that a lot of us don’t even consider updating our graphics drivers as a viable solution for fixing problems in games. When this should be the first fix every gamer should try. Outdated drivers could be the reason of performance loss at times. Check out the latest AMD and Nvidia graphics driver for Watch Dogs Legion.

How to fix the issues

There is a chance that there isn’t any issue with the game at all. And the lag is being causes by the Graphics Settings of the game set too High. In that case, follow my guide to the graphics settings of Watch Dogs Legion.

If you are still witnessing issues after tweaking the settings, something might be actually wrong. Now, there are a ton of methods to fix lag in games. Some work and some don’t. But I guess you have to keep trying different ones until the problem is fixed.

Start by tweaking the Control Panel settings of your graphics cards. Nvidia users, open Nvidia Control Pane > click on ‘Adjust image settings with preview‘ located on the left side under 3D settings and make sure that ‘Use the advanced 3D image settings‘ is selected. Now select “Manage 3D settings” from the left bar and click on the Program Settings tab. Locate Watch Dogs Legion from the drop-down menu under “Select a program to customize”.

For some reason, if you don’t see the game on the list then click on the Add button and another list will appear, showing all the “Recently Used” applications. Pick Watch Dogs Legion.

If you are still unable to spot the game, then you need to add the .exe file manually. In order to do that, just click on Browse and head over to the folder where you have installed Legion. Select the executable file or the .exe file, which in this case should be watchdogslegion.exe. Once you have successfully added the game, you will then see the program settings become available for the game. Now tweak the following settings:
Image Sharpening : Off
Threaded Optimization : On
Power Management : Prefer Maximum Performance
Low Latency Mode : Off
Vertical sync : Off
Texture filtering – Quality : Performance

If you have heavy applications running in the background, then there is a chance that the lag is being caused due to some applications eating up a lot of resources. Just open your Task Manager, select the Processes tab and click on CPU. Make sure the arrow beside it is facing downwards. 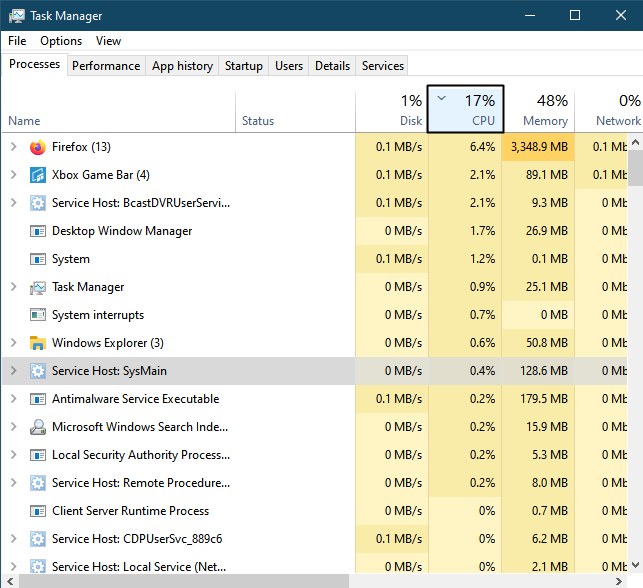 Delete the temporary files from your system

If you have a lot of useless files piled up inside the “Temp” folder of your system, there is a chance that it might be making your PC sluggish. Remove them all.

Just to let you know, there are a lot of other steps that are not listed here. Some of them might actually end up working for you. Check out this guide to discover them all.

If the problem you are facing is a serious one, then go here and submit a case to the Ubisoft support. And don’t forget to check out the Ubisoft Forum for Watch Dogs Legion. 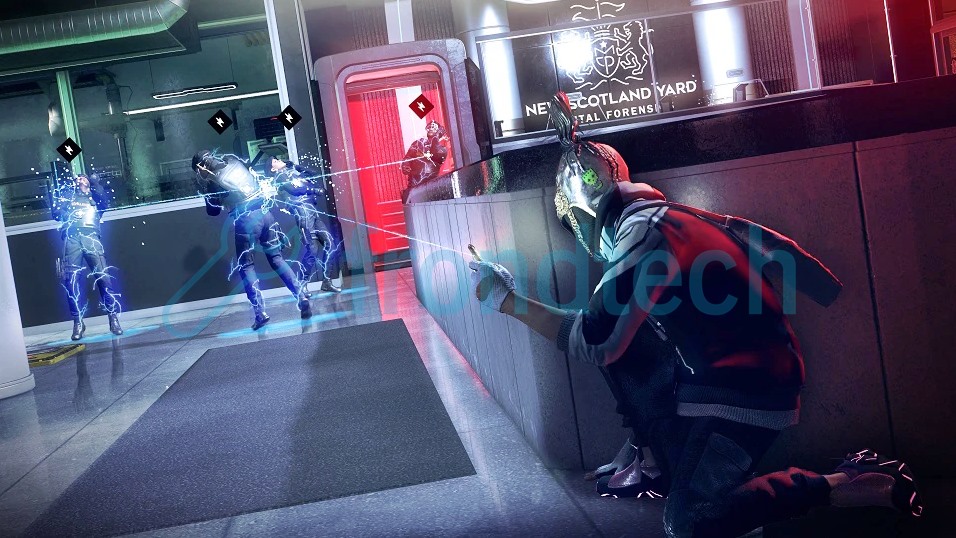 If you think this guide had helped you, then let us know in the comment section below. Also, if you are facing other problems with the game, then try checking out our other guides on Watch Dogs: Legion. Who knows, you might end up finding a fix.