Valheim Stuttering and FPS Drops – Is Valheim stuttering for you? Don’t worry, you are not alone. Here are things you can do to fix it.

How to fix Stuttering and FPS Drops in Valheim 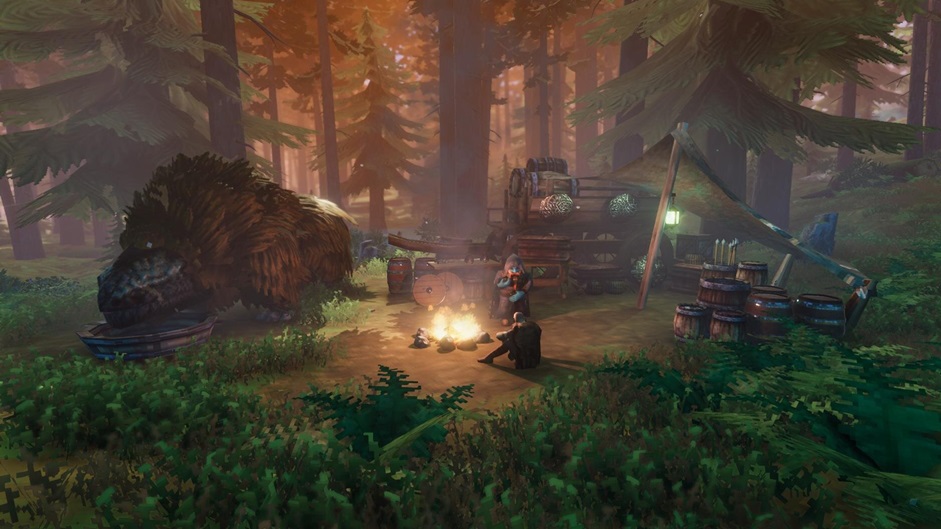 Valheim is out on Steam as an Early Access game and, so far it is doing phenomenal. This is one of those games that blow out of nowhere. It is getting close to 150,000 concurrent players every day. If you check out Steam Charts right now, you will definitely find it hovering at the top positions. The game is an online open-world title and gamers are loving every bit of it.

With that being said, Valheim does have some performance issues. Looking at the game, one might think that the game is very light. But it isn’t the case. Yes, the game might not look that demanding but, it does require you to have a GTX 970.

Which means having a graphics card better than GTX 970 would allow players to play this game at best possible settings and at high FPS right? Sadly, that is not the case. People with GPUs that are way better than the GTX 970, are also facing constant stuttering and fps drops.

Players are getting constants stutters and fps drops in Valheim

Here is a post from a steam user /Drow-sy:

So I am getting constant FPS stuttering and major FPS drops. This normally doesn’t happen in really any other game, and tweaking the settings (even dropping them to the lowest and turning everything off) still causes these major fps stutters/drops. For reference I can play Death-Stranding full ray tracing and highest settings at 1080p solid 60 FPS no problem. I can also run Doom Eternal at High/Ultra settings.

Assistance or suggestions are most appreciated. I have already tried:

-Setting the game to high performance
-Tweaking settings in Nvidia Control Panel
-My drivers are all updated for my GPU, I use Geforce Experience to do this
-Checking for possible thermal throttling, my hardware is not throttling (and yes I do know that the CPU is bottlenecking my GPU, but it still shouldn’t be causing these issues).

Unfortunately Vsync is required for me, as I have a tv that only runs 1080p at 60hz. I know it isn’t that good but, maybe that is the answer to the problem?

As you can see, a user with a RTX 2070 is also facing performance issues in Valheim. Now the question is, is there a fix?

First, I would like you to make sure that you have taken all the obvious small steps that you are supposed to take in case of performance issues. Updating drivers, verifying the game on Steam, etc. I can list all of those stuff here if you want. Let me know in the comment section below.

Now let’s take a look at the fix suggested by another Steam user /flipmode. Here is what he recommends:

Did you try to use fast vsync from the Nvidia panel?

The ingame vsync is “classic” vsync, meaning every drop below 60 fps switches to 30 fps.
Since the game`s framerate seems to vary a lot it results in constant switching.

Adaptive vsync from the Nvidia panel already helps, but leaves you with lots of tearing due to the same problem.

Fast Vsync seems to work best for me.

(note, once you change it on the nvidia panel the ingame setting doesn`t matter anymore)

Didn’t get what he is trying to say? Well, he is asking you to change your Vertical Sync settings on the Nvidia Control Panel.

So try this out and if it does end up working for you then let everybody know in the comment section below.

These are all the fixes we have at the moment for people for whom Valheim is stuttering. I will be adding more soon. Click here to visit the Steam discussions page of Valheim, to see what others have to say regarding this issue.