Valheim internet issues, lag and desync fix – Experiencing Internet Connection issues whenever you are trying to play Valheim on your PC? Don’t worry, you are not alone.

Valheim is affecting Internet Connection Speed of a lot of users, causing Desync and Lag 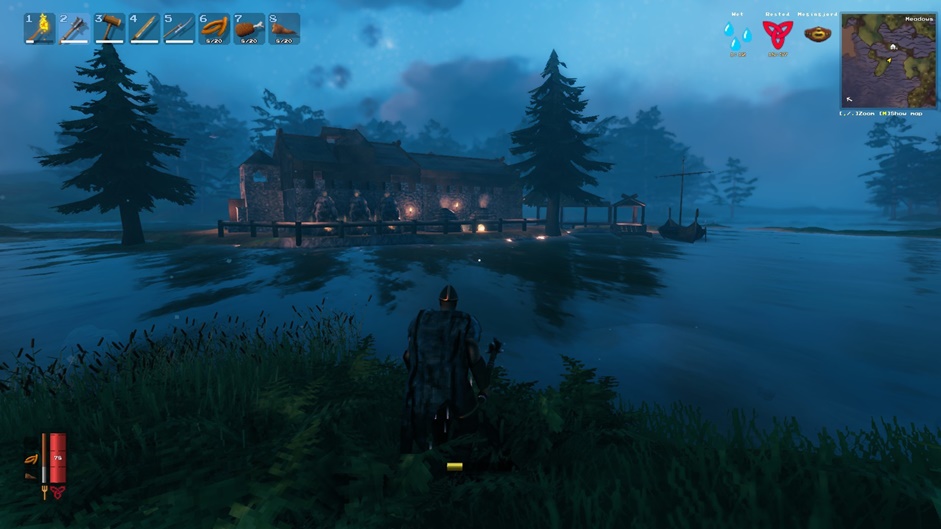 I am not sure whether we can call this a bug or not. This is probably one of the most bizarre issues I have seen or heard of in an online game. Sure, Valheim is a great title, and it is good seeing an indie game getting so much attention and good reviews. But there is no denying that this game has some serious problems. Not necessarily with the gameplay, but definitely in the technical department.

Apparently, Valheim is causing a lot of PC users to lose their Internet connection or download speeds. I don’t think I have heard about a game affecting the Internet speeds before. Anyway, here is how Steam user /4epel is describing the issue :

After starting the game, the Internet speed decreases from 100 / 200mbps to 8 / 0.1 throughout the system. this is what leads to lags and desyncs of people in multiplayer. Are there ways to solve this problem?

Read what he has to say and tell me that it doesn’t sound strange. According to him, Valheim is decreasing his Internet Speed from 100/200mbps to 8mbps. Funny, isn’t it?

Here is another Steam user, /Silverbuu, who is also facing something similar to this. Here is his side of the story:

I try and join some buds in an already in progress game, and sometimes they can see me, but most of the time I go out of sync and can no longer do anything. I can’t play for more than a few seconds. Waiting around does nothing. I should note, one of the people playing on that server with no issues is in the same house as me.

As an update, I am able to host, and players can join me and we can play for a while, but not the other way around.

Looking at F2 when I join a server, I will connect, I can see things they’ve made, start “recv” quite a bit, but then it just drops to 0 and stays that way. Sent will bounce around, but “recv” will sit at 0.

Is there a fix?

The good news is, there is a fix. The bad news is, right now it only works for Lenovo users. Actually /4epel himself came out with this fix. Here is what he has recommended :

Let me elaborate his statement. According to him, there is an app called Lenovo Vantage that comes pre-installed in Lenovo gaming laptops. Within that application there is a feature call Network Boost. And all he did was, he turned it off.

Another user on the same post actually confirmed that this fix works indeed:

Here is the link to the original post. Go ahead and check it out.

Note : Valheim still has server related issues. Issues that can only be fixed by the developers. The developers obviously didn’t expect such a phenomenal reception, and they certainly didn’t expect 150k daily concurrent players. The servers will improve eventually and that would also cause the lag and the ‘out of sync’ issues to go away. Just give them some time.

These are all the fixes we have at the moment. I will be adding more soon. Click here to visit the Steam discussions page of Valheim, to see what others have to say regarding this issue.